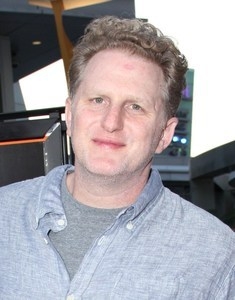 Soaps.com has season premiere spoilers for the week of January 6, as well as episode teasers, casting, CW encore episodes, a new character is introduced on a popular vampire series and more in our latest Primetime Dish column…

Cougar Town:
Season premiere! On January 7 at 10:00 PM the TBS series returns with its premiere episode titled “All Or Nothin’.” Tuesday episode teasers: Laurie and Travis dating makes everyone in the Cul de Sac Crew feel strange. Jules decides to play it cool. Penny Can goes global, which results in good things for Bobby and Andy. Grayson confronts Bobby about years of unpaid bar tabs, and Andy has a hard time getting Stan to sleep after a horror flick.

Grimm:
Sharon Leal (“Reed Between The Lines”) has landed a guest-starring role on the NBC series as Zuri Ellis. Tune in for the show’s return, and Leal’s first appearance, on Friday January 3 in the episode titled “Red Menace” at 9:00 PM.

Justified:
Season premiere! Jere Burns, who has played Wynn Duffy since 2010, will appear as a series regular. Michael Rapaport (“The Mob Doctor”) will turn up as Darryl Jr., as will Alicia Witt (“A Snow Globe Christmas”) as Wendy and A.J. Buckley as Danny (“CSI: NY”). Season five of the FX series premieres on Tuesday January 7 at 10:00 PM.

Reign:
On Thursday January 9 at 9:00 PM the CW will air a repeat of its November 7, 2013 episode titled “Hearts And Minds.” The series returns with new episodes on Thurday January 23 at 9:00 PM.

Revenge:
Read Soaps.com’s Revenge Spoilers for details on the aftermath of Emily’s wedding in the Sunday January 5 9:00 PM season return episode titled “Homecoming.” Stay tuned after each episode for our recaps.

Supernatural:
On Friday January 10 at 9:00 PM the CW will air a repeat of its December 3, 2013 episode titled "Holy Terror." Starting on Tuesday January 14 at 9:00 PM viewers will enjoy all new episodes.

The Carrie Diaries:
Shocking discoveries are made in the January 10 8:00 PM new CW episode titled "Date Expectations." Friday episode teasers: Some devastating news changes Walt and Bennet's future forever. Sebastian bails on Carrie on Valentine's Day in favor of an exciting work opportunity. A surprising duo comes to Maggie's rescue after she accidentally enlists in the Army, and Tom uses reverse psychology with Dorrit to encourage him to start dating again.

In casting news... The show will be introducing a gay character named Luke, who will be attending Whitmore with Caroline. He's known to be very protective of his sister as well.

True Blood:
TV Line is reporting that Luke Grimes, who joined the HBO series in June 2013 as James, will not be returning for the seventh and final season. However, the character will be recast. Fans of Grimes will be able to see him as Elliot Grey in the 2015 film "Fifty Shades Of Grey."

Read Soaps.com's After The Soap Finales: Where Are They Now for details on "All My Children" alum (ex-Erica Kane) Susan Lucci's Hot In Cleveland return, as well as other career updates for former soap stars.