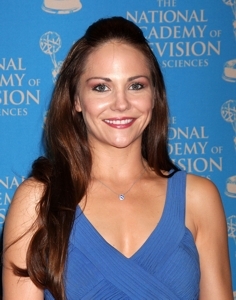 The Bold And The Beautiful:
In the month of December, “B&B” viewers learned that Kristolyn Lloyd would be taking a break from her role of Dayzee Forrester so the actress could do some stage work on the east coast. She remains on recurring status. Adam Gregory is also on recurring status and he let his Facebook fans know that Thomas would appear next on February 28. This month saw Paulo Benedeti (Tony), Lesli Kay (Felicia), and Tracy Lindsey Melchior (Kristen) returned to the show for Christmas, Mace Coronel debuted as R.J., Jacqueline MacInnes Wood returned for a few episodes as Steffy, and Thorsten Kaye began appearing as Ridge Forrester. Also in December, “The Bachelor” alum, Jake Pavelka, popped in as Kyle, the Forrester pilot, and the show put out several new casting calls. Find out more about those roles through The Bold and the Beautiful Comings and Goings.

Days of our Lives:
“DOOL” viewers learned in December that Chandler Massey will leave the role of Will on January 2, with Guy Wilson taking over beginning January 8. There are several casting calls out for Salem, including a recast for the role of young Sydney, an actor to play a hit man, the three-day role of Debra; a woman looking to better herself, an older lady named Giselle, and a mugger. Next month, Clinton Jackson will appear as a shopkeeper, and Martinez will play Durango Dynamite on January 7. Jade Harlow debuts as a new Salem character in January as well. Ex-“All My Children” and “As The World Turns” star, Daniel Cosgrove has been hired by “Days” and will begin appearing in late January. Find out who he’ll be playing through Days of our Lives Comings and Goings.

General Hospital:
Ryan Paevey first appeared in Port Charles as Nathan West in December, and military veteran, Christopher Allen, appeared as CPO Vicks. Viewers learned that Ryan Carnes would return as Lucas in January and that "Grey's Anatomy's" Chandra Wilson would be popping in for a guest spot as a patient in the new year as well. Another big casting notable was the announced return of Thaao Penghlis as Victor Cassadine. Find out when he is scheduled to return through General Hospital Comings and Goings.

The Young And The Restless:
It was a tumultuous month for "Y&R" casting as viewers learned that both Hartley Sawyer (Kyle Abbott) and Michael Muhney (Adam Newman) had been let go from their roles and would exit in January 2014. This came on the heels of the news that Billy Miller would finish up his run as Billy Abbott on January 30, with David Tom stepping in beginning February 3. December brought the return of Jerry Douglas as John Abbott's ghost, and a couple of appearances by Eileen Davidson as Ashley Abbott. The show is still looking to cast the roles of Andrew Abbott and Josh Williams. "My Fair Wedding's" David Tutera was booked for two episodes. He'll play a wedding planner beginning January 22. Additionally, veteran actor Ray Wise was hired for a pivotal role. He will first appear in Genoa City around January 23. Find out whose father he'll be playing through The Young and the Restless Comings and Goings.

Ring in the new year by reading Soaps.com's Soap Opera Year In Review to vote in our year end polls. Check out our Soaps Spoiler Digest to find out what's ahead for this week in Daytime.