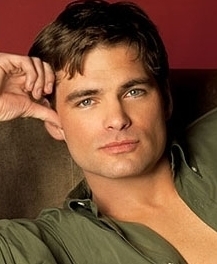 As entertaining as it is in the soap opera worlds of Genoa City, LA, Port Charles, and Salem, it can be just as fascinating off set for the soap stars. From Primetime gigs to fond farewells, you can learn about them all in Soaps.com’s regularly updated soap opera news rooms.

The Bold And The Beautiful:
Back in 2006, Stephanie finally forgave her mother Ann Douglas and let go of the past. Do you remember what prompted Stephanie to include her mother in the family holiday celebration that year? Vote about it in our Thursday Throwback Poll. Then read Candace’s weekly blog, “B&B” Breakdown, for her thoughts about Liam’s attempt at getting Hope back – again – in Soaps.com’s The Bold And The Beautiful News Room.

Days of our Lives:
A familiar soap star who was a regular on “All My Children,” “As The World Turns,” and “Guiding Light” is heading to Salem. Find out how to win lunch with “Days of our Lives” cast members plus a signed script. And go all the way back to 1978 for our Throwback Thursday Poll when Maggie struggled with her alcoholism after she and Mickey adopted a daughter, Janice Barnes, in Soaps.com’s Days of our Lives News Room. Then read Dustin’s thoughts about who he thinks Jordan Ridgeway might be related to in Salem in his guest blog, Deconstructing “DOOL.”

General Hospital:
An actor and model has been cast as a new police officer in Port Charles, and a former resident returns as Julian’s son. One of the latest people to leave “GH” has landed a Primetime guest spot. Then, vote in our Throwback Thursday Poll about the time in 2004 when Sonny’s family prepared to celebrate the baptism of Kristina after she survived an illness with stem cells from Sam’s stillborn daughter. And see if you agree with what Vi had to say about the exciting mob war in Port Charles in her weekly “GH” Rundown, all in the General Hospital News Room.

Learn the newest celebrity scoops and exciting Primetime dish, like who was cast as Patrick’s father on Revenge, in Soaps.com’s Latest News Room.