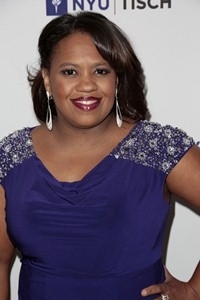 Even when storylines fail to thrill in Genoa City, LA, Port Charles, and Salem, you can always expect to find the soap stars keeping in the news off set. Whether they are popping up in Primetime, getting replaced on Daytime, or devoting their personal time in the community, you can keep up to date on all the weekly happenings in Soaps.com’s soap opera news rooms, updated regularly.

The Bold And The Beautiful:
Jacqueline MacInnes Wood (Steffy) keeps the party going on her travel show. And back in the 1970s, Stephanie’s interference in Ridge’s relationship with Morgan caused them to lose two babies. Do you remember what happened? Vote about it in our Thursday Throwback Poll. Then read Candace’s blog, “B&B” Breakdown, for her thoughts about what Hope saw between Liam and Steffy in Soaps.com’s The Bold And The Beautiful News Room.

Days of our Lives:
Alison Sweeney (Sami) is prepping for a parade while a number of her co-stars are getting ready for a spring visit to Toronto. And Blake Berris (Nick) may have recently left Salem, but can now be found in an intoxicating new commercial. Then go all the way back to 1998 for our Throwback Thursday Poll when Kate was caught up in another murder cover-up in Soaps.com’s Days of our Lives News Room. Then read Chrissi’s thoughts about all of the lying going on in Salem in her weekly blog, Deconstructing “DOOL.”

General Hospital:
A recently ousted Port Charles player and one who has been gone for a while are both set to appear in Primetime. Get a video sneak peek of behind-the-scenes action from some upcoming intense mob action. And soon in Port Charles, Kevin is set to see a famous patient. Then, vote in our Throwback Thursday Poll about the time in 1986 when Alan Quartermaine faked his death, and Anna suspected a friend. And see if you agree with what Vi had to say about Spinelli’s touching tribute to Maxie and her sister in her weekly “GH” Rundown, all in the General Hospital News Room.

The Young And The Restless:
Two actors were let go from “Y&R,” and one exit is causing quite a stir. Kate Linder (Esther) helps raise money for a good cause while a celebrity designer is set to plan an upcoming Genoa City wedding. And back in the mid-1990s, Neil was deceived by Drucilla. Do you remember if they made amends before she moved to Paris? Vote in our Throwback Thursday Poll, then read Candace’s weekly Restless Rant to see if you agree that it’s been hard to concentrate on the show with all of the backstage drama going on in The Young And The Restless News Room.

Learn more about HBO’s James Gandolfini tribute in Soaps.com’s latest news, including all of the celebrity dish and Primetime scoops.