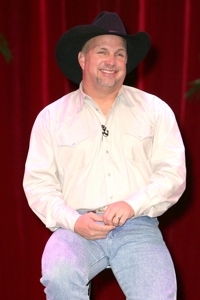 Celebrity news this week includes Grammy snubs, Justin Bieber in the Philippines, a Lindsay Lohan controversy and much more…

So You Think You Can Dance judge in rehab.
Adam Shankman’s rep told People on Tuesday December 10 that the So You Think You Can Dance judge had entered rehab. The statement read, “Adam Shankman is currently seeking treatment in a rehabilitation center. His friends and family support him and wish him well on his journey to recovery.” The reason Shankman was seeking treatment wasn’t given.

Lamar Odom gets probation on DUI charge.
NBA star Lamar Odom was able to reach a plea agreement in his DUI case and was given three years’ probation and must attend a three-month alcohol education program, according to People. Odom, who is married to Khloe Kardashian (“Keeping Up With The Kardashians”), will also pay $1800 in fines and penalties. The charges were from last August when Odom was pulled over by the California Highway Patrol.

Garth Brooks announces world tour.
Country superstar Garth Brooks announced on “Good Morning America” on Monday December 9 that he would be doing a world tour. Brooks, who said he had his wife, Trisha Yearwood and daughters blessing to go back on the road, had stopped touring and recording back in 2000 to wait until his daughters had grown up, and has only played his Las Vegas shows since 2009.

Spencer Pratt earns college degree.
“The Hills'” Spencer Pratt has earned a college degree from University of Southern California ten years after he initially enrolled! People reported that Pratt began classes at USC before joining the MTV reality TV series, and never followed through to graduate once fame hit. Apparently, he re-enrolled in 2011 to complete his studies. Pratt took to Twitter to celebrate:

Today was my last day of College @USC! Best 10 years of my life! #Trojans pic.twitter.com/OXbQODlAni

Grammy nomination snubs.
The nominations came out for the 2014 Grammy Awards with some notable snubs including Miley Cyrus (“Hannah Montana”), Kanye West and One Direction. Watch the video clip below for more details:

Leighton Meester and James Franco in Broadway production.
“Gossip Girl’s” Leighton Meester (“Country Strong”) is set to star on Broadway for the first time next year in the revival of John Steinbeck’s Of Mice And Men. Her co-stars will be James Franco (“Oz The Great And Powerful,” “General Hospital”) and Chris O’Dowd (“Thor: The Dark World,” “Bridesmaids”). Performances are slated to begin in March at the Longacre Theatre.

Kate Winslet welcomes a son.
Actress Kate Winslet ("Titanic," "Eternal Sunshine") gave birth to her third child, a son, on Saturday December 7, according to People. It's her first child with husband, Ned Rocknroll, whom she married one year ago. She has two other children, Mia, age 13, and Joe, age 10, from previous relationships.

Lea Michele releasing album.
Months after the tragic loss of Cory Monteith, "Glee" star Lea Michele is set to release her first album with Columbia Records. Louder is slated to hit shelves on March 4, 2014 and will feature pop songs, ballads, and emotional lyrics. The album is available to pre-order, and Michele will debut the first single, Cannonball, on "The Ellen Degeneres Show" today, Thursday December 12.

Susan Boyle diagnosed with Asperger's Syndrome.
"Britain's Got Talent" winner Susan Boyle announced this week through the Observer, that she had been diagnosed with Asperger's Syndrome, which is a form of autism. Boyle said that the diagnosis made her feel 'relieved' and more relaxed about herself. Boyle touched on her difficulties with relationships and communication, and noted that now, people would have a greater understanding about her.

Lindsay Lohan involved in Hilton beating?
Lindsay Lohan ("Mean Girls," "The Parent Trap") has found herself at odds with the Hiltons following an incident in which Paris Hilton's ("The Simple Life") brother, Barron, ended up with a bloodied face in the wee hours of Friday December 6. TMZ reported that Barron attended a party at a Miami mansion where Lohan had been staying, and was allegedly beaten by a thug on her orders. Lohan claimed she had already left the mansion by the time the beating took place, but video footage appears to contradict her alibi. Police were called to the scene and are investigating.

Justin Bieber performs in the Philippines.
Pop singer Justin Bieber arrived in the typhoon-ravaged Philippines on Tuesday December 10, where he began a campaign to help victims of the killer storm that hit a month ago. He greeted survivors, played basketball with some of them, and gave a performance including some of his hits along with Christmas songs. Bieber posted several times on Twitter during the visit, including this message (click on link to see photo):

Amanda Bynes enrolls in school.
Following her recent release from a psychiatric facility, Amanda Bynes ("Easy A," "What I Like About You") has signed up to take a couple of courses in fashion design at Fashion Institute Of Design And Merchandising in Orange County, according to TMZ. Bynes, who has been sighted on outings with her parents since her release, also failed to show up at a mandatory court appearance in New York to face reckless endangerment charges related to allegedly throwing a marijuana bong from a window. The New York Daily News reported that the judge in the case promised to issue a bench warrant if Bynes fails to attend the next hearing on January 10.

Who Shot The Daytime Soap?