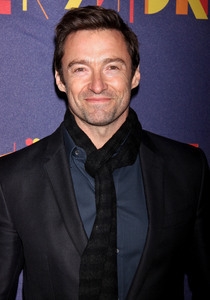 Soaps.com has a special concert event for the week of December 16, as well as episode teasers, casting, CW repeats worth watching again, Screen Actors Guild nominees, a big Showtime cancellation, an ABC series loses a few episodes and more in our latest Primetime Dish column…

American Horror Story: Coven:
Lance Reddick (“Fringe”) has been cast in a multi-episode arc as Papa Legba. Look for the actor to first appear in January. Tune in to FX on Wednesdays at 10:00 PM.

Arrow:
Robert Knepper (“Cult”) will appear as William ‘Clock King’ Tockman during February’s episode 14 of the CW series, which returns from its mid-season break on January 15.

Californication:
Canceled. Showtime announced that the series’ upcoming seventh season will be its last. The Emmy Award winning show debuted on August 13, 2007 and is set to air the final twelve episode season in April 2014.

Christmas In The City:
On Saturday December 14 at 6:00 PM Lifetime will air a repeat of the holiday film starring former “As The World Turns'” actor Jon Prescott (ex-Mike Kasnoff), Ashley Williams (“How I Met Your Mother,” “Something Borrowed”) and singer Ashanti (“Army Wives”). Wendy (Williams) closes down her small business and moves to the big city with her six-year-old daughter. She’s excited when her old friend offers her a job in Wolmans’ toy department but soon realizes she needs to bring the true meaning of Christmas back before it is too late.

Christmas In Washington:
Hugh Jackman (“X-Men” films) will host the annual holiday TNT special on Friday December 20 at 8:00 PM. Attended each year by the President and First Lady, the event benefits the Children’s National Health System. Charles Barkley (“Inside the NBA”) will make an appearance, along with performances by the Backstreet Boys, Sheryl Crow, Anna Kendrick, Janelle Monáe and Pat Monahan.

Cougar Town:
Season five of the TBS series returns on Tuesday January 7 at 10:00 PM. Take a look at what’s ahead through the video below.

Episodes:
Renewed! Showtime has renewed its comedy starring Matt LeBlanc (“Friends”) for a fourth season, which will consist of nine episodes. Season three premieres on Sunday January 12 at 10:30 PM.

Glee:
Read our Glee Recaps for a refresher before the FOX series returns from its mid-season break on February 25.

Golden Globe Nominees:
View this year’s 71st Annual Golden Globe nominees to see which shows and films were nominated for an award. The ceremony will air live on NBC on January 12.

Grandma Got Run Over By A Reindeer:
Gather up the kids and make some popcorn! On Monday December 16 at 8:00 PM the CW will again air the holiday classic, based off the popular holiday song.

Grey’s Anatomy:
Read our Grey’s Anatomy Spoilers to find out when the ABC series will return from its mid-season break. Soaps.com will resume posting recaps after the show airs.

I Love Lucy Christmas Special:
On Friday December 20 CBS will air a one-hour special featuring two newly colorized back-to-back classic episodes of the 1950s series starring Lucille Ball (Lucy) and Desi Arnaz (Ricky). The “Christmas Episode” and “Lucy’s Italian Movie” (aka “Grape Stomping”) episode were colorized to give a vintage look and a nod to the 1950s period.

Law & Order: SVU:
Dann Florek, who has been with the show since 1999, announced via Twitter that he’ll be leaving his longtime role as Captain Donald Cragen. The NBC series returns on Wednesday January 8 at 9:00 PM.

Friday was the last day 4 Cragen/Florek. It was a sweet send off! But he'll live on in syndication land 4 evah!

Nikita:
Things are about to unravel in the CW’s December 20 9:00 PM episode titled “Bubble.” Friday episode teasers: Ryan’s secret could affect the end of Nikita’s long war with The Shop. Michael contemplates what comes next. Alex gives Sam a suitcase of fake diamonds, knowing he planned to steal the real ones. When Sam doesn’t take off with the jewels, Alex is forced to step in and save him from a loan shark.

Once Upon A Time:
Rebecca Mader (“Lost,” “One Life To Live’s” ex-Margaret Cochran) has been cast to play a villain, details currently being kept under wraps, in the ABC series when it returns from its mid-season break in March. Stay tuned for more details as they are released.

Psych:
The first of season eight's ten episodes will premiere on the USA Network on Wednesday January 8 at 9:00 PM.

Reign:
On Thursday December 19 at 9:00 PM the CW will air a repeat of the series' pilot episode, which originally aired on October 17.

Revenge:
Gail O'Grady ("The Crazy Ones," "Hellcats") will appear in episode thirteen as Conrad's ex-wife. Read Soaps.com's Revenge Spoilers to learn when the ABC series will return from its mid-season break. Stay tuned after each episode for our recaps in 2014.

Scandal:
Though season three was to consist of twenty-two episodes, it's now been reduced to eighteen. TVLine is reporting that it's likely due to the fact that the show's star, Kerry Washington (Olivia Pope), is pregnant and expected to give birth in the spring of 2014. ABC hasn't officially commented on the reason for the reduction. After tonight's Thursday December 12 10:00 PM episode titled "A Door Marked Exit," the series will return from mid-season break on February 27.

In casting news… Jon Tenney ("Major Crimes," "The Closer") will appear in a recurring capacity during season three sometime in 2014. However, details surrounding his character are being kept a secret.

Sleepy Hollow:
The FOX series will return on January 13 and fans will get to view a special two-hour season finale the following week on January 20 beginning at 8:00 PM. The show was originally set to return on January 6 before the network decided on the two-hour special, to include episodes titled "The Indispensable Man" and "Bad Blood."

Suits:
Beginning on March 6 at 9:00 PM, the return of season three, the USA Network series will air on Thursdays instead of Tuesdays.

Supernatural:
The CW will air a repeat of its November 5 episode titled "Dog Dean Afternoon" on Tuesday December 17 at 9:00 PM.

The Carrie Diaries:
It's all about the bittersweet holidays in the CW's December 20 8:00 PM episode titled "The Second Time Around." Friday episode teasers: Carrie learns interviewing the CEO of Bongo Jeans is her last chance to land a piece in Interview magazine. An unexpected wedge is created between Mouse and Wes. Sebastian and Carrie's relationship could be changed forever, due to some unexpected news. Tom becomes a father figure to Walt, and Maggie plans to tell her dad the truth.

The Dovekeepers:
If you're a fan of Alice Hoffman's acclaimed historical 2011 novel, Soaps.com has some good news for you! CBS has ordered a four-hour mini-series based off of the story, which follows the entangled lives of four extraordinary women during a fight for survival at the siege of Masada. Roma Downey and Mark Burnett will helm the project, slatted to premiere in 2015.
"'The Dovekeepers' is a compelling, beautifully written novel that combines history and fiction into a timeless story of survival and heroism," said Nina Tassler, President of CBS Entertainment. "We're thrilled to be working with Roma Downey and Mark Burnett to bring Alice Hoffman's epic saga to life. Mark and Roma possess an amazing passion for telling biblical stories and for producing entertaining television on an event scale."

The Following:
Premiere date changed! Instead of the previously planned January 20 season two return date, FOX announced that the hit series will return on January 27 at 9:00 PM.

The Originals:
On Tuesday December 17 at 8:00 PM the CW will air a repeat of its October 3 episode titled "Always And Forever." Visit Soaps.com's The Originals Spoilers for a look at what's ahead for season one of the hit series.

Read Soaps.com's After The Soap Finales: Where Are They Now for details on Murray Bartlett and Jonathan Groff in HBO's Looking, as well as other career updates for former soap stars.

Who Shot The Daytime Soap?