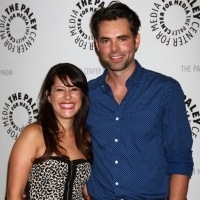 From babies to guest spots, our favorite soap stars from Genoa City, LA, Port Charles, and Salem have been very busy this week. Check out all of the constantly updated news each week in Soaps.com’s soap opera news rooms.

The Bold And The Beautiful:
A “B&B” alum was cast in the steamy film version of “Fifty Shades Of Grey” while a couple of current cast members can be seen as guest models on the “The Price Is Right” this month. Soaps.com got the scoop straight from Jacqueline MacInnes Wood (Steffy) about her new show. Some members of the cast and crew from “B&B” spent their Thanksgiving holiday giving back. And back in the early 2000s, Thomas married Gabriela to help her get her green card. Do you remember if they ever consummated their marriage? Vote about it in our Thursday Throwback Poll. Then read Candace’s blog, “B&B” Breakdown, for her thoughts on Ally’s motivation in Soaps.com’s The Bold And The Beautiful News Room.

Days of our Lives:
“Days” alums Felisha Terrell (ex-Arianna) and Brandon Beemer (ex-Shawn) are cast together in a new movie while a current fan favorite was grand marshal at a Pittsburgh parade. Go back to 1988 for our Throwback Thursday Poll when Jack met Jennifer and vote about what it was that drove a wedge between them in Soaps.com’s Days of our Lives News Room. Then read Chrissi’s thoughts about Sami neglecting to bring EJ in on her secret with Kate and Gabi in Deconstructing “DOOL” and see if you agree.

General Hospital:
A Port Charles alum is scheduled to MC a comedy cruise weekend. Vote in our Throwback Thursday Poll about the time in 1996 Jasper Jax’s thought-dead wife Miranda returned as he was about to wed Brenda. And see if you agree with what Vi had to say about Robin watching Patrick’s wedding in her weekly “GH” Rundown, all in the General Hospital News Room.

The Young And The Restless:
A “Y&R” actor announced exciting baby news with a “B&B” beauty. A few soap stars from the show appear on “The Price Is Right” this month. Back in the mid-1990s, Jack Abbott learned he had a son but almost lost him because of a secret. Vote in our Throwback Thursday Poll about what that secret was, then read Candace’s weekly Restless Rant to see if you thought Noah and Kyle’s rivalry was as forced as she did in The Young And The Restless News Room.

Keep up with all of Soaps.com’s latest news, celebrity scoops and Primetime dish, including the latest scoop about Nigella Lawson’s drug use.