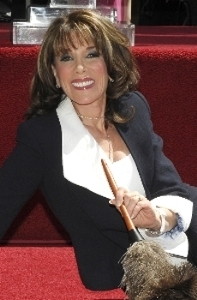 It was a short week on all the soaps, but there was no shortage of drama off screen. Our favorite soap stars from Port Charles to Salem are always working, so check out all of the week’s details, from casting changes to guest appearances, in Soaps.com’s soap opera news rooms.

The Bold And The Beautiful:
Back in 1998 Kimberly Fairchild (Ashley Lyn Cafagna) fell for Rick Forrester (Jacob Young) but agreed to let Amber (Adrienne Frantz) have him. Do you remember what made her almost go back on her word before the wedding? Vote about it in our Thursday Throwback Poll. Then read Candace’s blog, “B&B” Breakdown, for her thoughts on Brooke and Katie’s broken relationship in Soaps.com’s The Bold And The Beautiful News Room.

Days of our Lives:
Is a big name from Salem’s past coming back to town? Go back to 1986 for our Throwback Thursday Poll when Kimberly Brady (Patsy Pease) was engaged to Shane Donovan (Charles Shaughnessy) and Emma (Jane Windsor) interfered in a big way in Soaps.com’s Days of our Lives News Room. Then read Chrissi’s thoughts about Nick’s possible end in her weekly blog, Deconstructing “DOOL” and see if you feel the same way.

General Hospital:
A real-life Port Charles couple were special guests in a Thanksgiving Day parade while Tequan Richmond (T.J.) popped up on Primetime. Vote in our Throwback Thursday Poll about the time in 1999 when Bobbie Spencer (Jacklyn Zeman) found Jerry Jacks (Sebastian Roche) tied up in Luke’s (Anthony Geary) room at the Metro Court. And see if you agree with what Vi had to say about Brad’s threats against Britt in her weekly “GH” Rundown, all in the General Hospital News Room.

The Young And The Restless:
Fans have an opportunity to tour the Genoa City set with one of the show’s stars. Michelle Stafford (ex-Phyllis) posted a new episode of her web series. Back in 1994, Ashley Abbott (Brenda Epperson) married Blade (Michael Tylo), but later found out she’d been living and sleeping with an imposter. Do you remember who it was? Vote in our Throwback Thursday Poll, then read Candace’s weekly Restless Rant to see if you thought Summer’s freezing modeling gig in the park was as bizarre as she did in The Young And The Restless News Room.

Read all about Jennifer Love Hewitt’s new baby. And keep up with all of Soaps.com’s news, including the latest in celebrity scoops and Primetime dish.