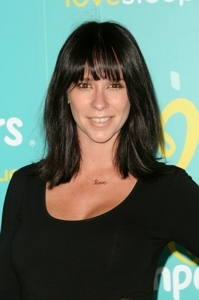 Celebrity news this week includes Lindsay Lohan sharing a Thanksgiving moment in the kitchen, Justin Bieber’s antics Down Under, surprising news about Miley Cyrus and much more…

Frankie Muniz suffers second mini-stroke.
Actor Frankie Muniz (“Malcolm in the Middle,” “My Dog Skip”) has suffered another mini-stroke one year after his first experience with the medical issue. According to People, Muniz’s first ‘terrifying’ mini-stroke, when blood temporarily cannot reach the brain, brought stabbing pain, loss of sight, numb hands, and turned his speech to gibberish. Muniz talked about his mini-stroke on Twitter:

Almost a year to the day, I experienced another mini stroke. Hopefully that will be the last. Miserable.

Jay Leggett dead at 50.
“In Living Color” actor, Jay Leggett, passed away at the age of 50 on Saturday November 23. Leggett collapsed while on a deer hunt at a family cabin in Tomahawk, Wisconsin. People reported that his death was believed to have been heart-related but that has not been confirmed by a coroner yet. Leggett also appeared in “Without A Paddle,” “Employee of the Month,” and television shows such as “Ally McBeal” and “NYPD Blue.”

Justin Bieber accused of defacing Australian wall.
Pop star Justin Bieber is currently touring Australia as his Believe tour continues, and was recently accused of spray-painting graffiti on a wall in Brisbane, just as he was in Rio de Janeiro a couple of weeks ago. The Toronto Star reported that photos showed up online of graffiti allegedly done by the troubled entertainer, and that he posted a picture of his handiwork on Instagram. The Biebs, who doesn’t appear outwardly concerned about the latest allegations, took to Twitter to post a photo of himself surfing and having a good time Down Under:

Aiden Turner arrested for domestic assault.
Actor Aiden Turner, who competed on Dancing With The Stars, and played Aidan on “All My Children,” was recently arrested for felony domestic assault. TMZ reported that Turner allegedly threw a remote control at his girlfriend, causing a cut near her eye and a black eye. They noted that the charge would likely be dropped to a misdemeanor due to the minor injuries involved.

Malin Akerman splits from husband.
People confirmed that “The Trophy Wife” actress, Malin Akerman, has separated from her husband, Roberto Zincone. The couple married back in 2007, and Akerman gave birth to their son, Sebastian, this year in April.

Divorce goes through for Demi Moore and Ashton Kutcher.
The celebrity marriage between Demi Moore (“Ghost,” “A Few Good Men”) and Ashton Kutcher (“Two And A Half Men,” “That 70s Show”) is officially over. Two years following their separation, their divorce has been finalized, according to TMZ. Kutcher has been dating his former “That 70s Show” co-star Mila Kunis since April.

Carrie Underwood receives Sound Of Music hate tweets.
Country songstress and "American Idol" alum, Carrie Underwood, told Entertainment Weekly she has been receiving hate tweets about her upcoming live special "The Sound Of Music, Live!" Apparently the haters want her to know she's no Julie Andrews (who starred in the 1965 movie version), despite the fact that Andrews herself has come out in support of Underwood reprising her role of Maria. Underwood's live special is set to air on NBC on Thursday December 5. Her co-star is "True Blood's" Stephen Moyer as Captain Von Trapp.

Miley Cyrus leading Time's 2013 Person of the Year poll?
E! News reported that as of Wednesday November 27, Miley Cyrus ("Hannah Montana") was indeed leading Time Magazine's informal poll deciding the 2013 Person of the Year, with 28% of the vote. However, it seems a pair of programmers had come forward to admit they had found a way to manipulate the poll by casting multiple votes. Time is apparently aware of the attempts to fix the outcome and reportedly has measures in place so that only legit votes are counted. The results of the online poll will be announced on December 6, but it's important to note that this does not actually determine the Person of the Year, who is chosen by the editors. That person will be revealed on December 11.

After a swift home birth, Dashiell Ford Warren joined our family at 2:45am this morning. We are SO thrilled!!! http://t.co/Rm47BAqmuK

Justin Timberlake's marriage is fine.
Rumors spread with regard to the state of Justin Timberlake's ("Alpha Dog," "Friends With Benefits") marriage when wife Jessica Biel ("The Illusionist," "7th Heaven") failed to accompany him to the American Music Awards on Sunday November 24. Watch the video to find out what Biel had to say.

Lindsay Lohan cooks for Thanksgiving.
Lindsay Lohan ("Herbie Fully Loaded," "Mean Girls") took to the kitchen recently to try out a recipe she got from "The Chew's" Carla Hall, according to E! News. Lohan, who left rehab in July and is currently living in New York, cooked up some marshmallow yams for the holiday and shared some pictures through Twitter (click on the link to view photos):

trying out a new recipe in the kitchen! who wants a piece? x ... http://t.co/GhqYP2gmsH

The Biggest Loser's Bob Harper comes out of the closet.
Bob Harper, a personal trainer on "The Biggest Loser," came out as gay on the Tuesday November 26 episode of the popular reality TV show. He did it to help encourage a contestant, Bobby Saleem, to come out to his own father. Afterward, Harper thanked his supporters on Twitter:

THANK YOU to everyone that supported my decision to talk about being gay w/ Bobby. I felt like it was appropriate & necessary. LOVE Y'ALL!!

Check out Soaps.com's After The Soap Finales: Where Are They Now to watch a Black Orphan season two spoiler video. Read Soaps.com's Primetime Dish to find out when to watch It's A Very Merry Muppet Christmas.