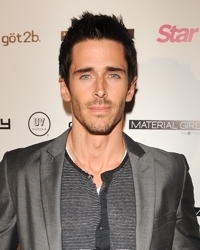 From Genoa City to Salem, our favorite soap stars past and present are always working on other projects. Find out all of the week’s details, from casting changes to guest spots, in Soaps.com’s soap opera news rooms.

The Bold And The Beautiful:
“B&B” finds a second home on the small screen while Brandon Beemer (ex-Owen) has landed a flirtatious role in an upcoming television film. Do you remember what made Sheila (Kimberlin Brown) go off the rails, landing her in jail before she escaped with baby Mary? Vote about it in our Thursday Throwback Poll. Then read Candace’s blog, “B&B” Breakdown, for her thoughts on Liam leaning on Bill to help him with Hope in Soaps.com’s The Bold And The Beautiful News Room.

Days of our Lives:
Former “Days” star Taylor Spreitler (ex-Mia) lands a new gig. Go back to 1991 for our Throwback Thursday Poll when Victor Kiriakis (John Aniston) schemed to marry Carly Manning (Crystal Chappell) in Soaps.com’s Days of our Lives News Room. And see if you agree with Chrissi’s thoughts about Jennifer’s helicopter parenting and Sonny’s constant threats to Gabi in her latest Deconstructing “DOOL.”

General Hospital:
Sean Kanan (AJ) rounded up a number of soap opera fan favorites from Salem, Port Charles and Genoa City for a spoof video. Rick Springfield (ex-Dr. Noah Drake) got some legal news concerning an incident at one of his concerts. Gregory Zarian (ex-Julius) popped up on Primetime. Look for a U.S. veteran to cameo in an upcoming episode, then vote in our Throwback Thursday Poll about the time in 1988 when Anna (Finola Hughes) held a smoking gun over Olivia Jerome’s (Tonja Walker) body. And see if you agree with what Vi had to say about the excitement of the fast-paced trials in Port Charles in her weekly “GH” Rundown, all in the General Hospital News Room.

The Young And The Restless:
An old fan favorite replaces a current one in Genoa City. Back in 1997, Diane (Alex Donnelley) planned to get pregnant by artificial insemination, but the samples were swapped. Do you remember how she found out? Vote in our Throwback Thursday Poll, then read Candace’s weekly Restless Rant to see if you are just as ready as she is to see the Baldwin boys out of jail in The Young And The Restless News Room.

Read all about Justin Bieber’s latest wild bash. And keep up with all of Soaps.com’s news, including the latest in celebrity scoops and Primetime drama dish.