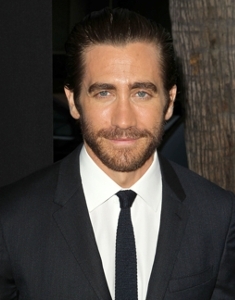 Celebrity news this week includes a new memoir, a couple of injuries, a wild party, a vote on the ‘Sexiest Man Alive’, and much more…

Leighton Meester and Adam Brody are engaged.
Leighton Meester (“Gossip Girl”) is engaged to Adam Brody (“The O.C.”), according to People. The pair, who met on the set of “The Oranges,” had quietly been dating since earlier in 2013. Brody previously dated his co-star from “The O.C.,” Rachel Bilson (“Hart Of Dixie”).

Sylvia Browne dead at age 77.
TMZ reported that Sylvia Browne, who appeared on shows such as “Larry King Live” and “Montel” in her capacity as a psychic, passed away in San Jose the morning of November 20. A message posted on her Facebook page said, “Sylvia graduated today. She was surrounded by family and friends. What a legacy. She shared so much. We will carry on her knowledge with hypnosis and Journey of the Soul and her many books. What a great party they must be having on the Other Side. Bless everyone.”

Justin Bieber’s wild party.
A neighbor called the police and had them out three times when pop singer Justin Bieber held a noisy, wild party at his Calabasas, California home the night of November 15, according to TMZ. On the third visit, reportedly around 5:30 AM, the neighbor filed charges for disturbing the peace. The party, later described by Bieber as ‘Gatsby-esque’, included guests such as Snoop Lion, Chris Brown, and Floyd Mayweather, and allegedly, a lot of naked girls. TMZ also obtained a copy of a confidentiality agreement Bieber reportedly had guests and workers sign that leveled a $3 million dollar fine on anyone who talked about the party afterward.

Jake Gyllenhaal punches mirror.
It seems Jake Gyllenhaal (“Donnie Darko,” “Brokeback Mountain”) got a little too into character on the set of his new movie, “Nightcrawler,” last week. People reported that Gyllenhall wound up in the hospital receiving stitches to his hand following an intense scene in which his character angrily stared into the mirror and the actor punched and broke the glass.

Miley Cyrus dyes eyebrows.
Miley Cyrus’ (“Hannah Montana”) latest attention-getting move was to dye her eyebrows platinum blonde giving her a decidedly different look. She showed off her new brows while hanging out with Lily Allen, who shared a photo of the duo on Twitter (click the Instagram link for photo):

Khloe Kardashian defends Kendall Jenner’s sexy photo.
Khloe Kardashian (“Keeping Up With The Kardashians”) made waves on November 19 by taking to social media to come to the defense of younger half-sister, Kendall Jenner, who celebrated her 18th birthday by posting a racy Instagram photo of herself with her nipples visible through a very sheer black shirt. After the photo received a great deal of negative backlash, Kardashian rather vociferously defended the photo with the following two tweets:

I love seeing all of these haters comments. Naomi, Kate, Cindy…. All fabulous models…. Models and photographers take beautiful (1)

Artistic images. And I don't hear you birds chirp then. Sit down and enjoy the view! #SorryNotSorry

Chris Brown leaves rehab…and gets sent back.
Troubled rapper Chris Brown left rehab on November 14 after two weeks of treatment to complete his community service, and his rep told E! News that he would continue rehabilitation on an outpatient basis. Following that announcement he was reported to have attended the aforementioned wild party at Justin Bieber’s residence and released a 6-track mixtape entitled ‘XFiles’ which is a prelude to his upcoming new album. Brown then appeared before a judge on November 20 for a probation update, which resulted in him being ordered to return to rehab and spend 90 days in a court-approved treatment facility. He will only leave the rehab center for community service and court appearances.

Ginnifer Goodwin pregnant.
People reported that “Once Upon A Time” actress, Ginnifer Goodwin (“Walk The Line,” “Something Borrowed”), is expecting her first child with her fiance, and co-star on the popular TV series, Josh Dallas. The pair got engaged in October.

Lindsay Lohan blamed for The Canyons’ failure.
Lindsay Lohan’s latest film, “The Canyons,” failed to win over movie critics and performed poorly in theaters. The writer of the film, Bret Easton, went on the record during his podcast on November 18 to say that he felt they went wrong by casting Lohan as the lead, not because of her acting, but because due to her troubled personal history, people were ‘rooting for it to fail’. The low-budget movie was shot for $250,000, but brought in less than $50,000 after a month in theaters.

Anjelica Huston's memoir.
Anjelica Huston ("The Addams Family," "The Royal Tenenbaums," "The Postman Always Rings Twice") is perhaps as well-known for her seventeen-year relationship with Jack Nicholson ("The Bucket List," "The Shining," "One Flew Over The Cuckoo's Nest") as she is for her impressive career, however she doesn't discuss it in her new memoir A Story Lately Told. The book, part 1 of a two-part memoir, instead details her growing up as the daughter of a famous director father and ballerina mother, living in many different places, and becoming an 'it girl', model, and then actress. The memoir has just been released in print and audiobook formats.

Lindsey Vonn hurt in training.
With just three months left until the Winter Olympics in Sochi, downhill ski champion Lindsey Vonn suffered a crash during training in Colorado on November 19. She was taken down the hill on a sled, and returned to Vail for evaluation, after which her publicist issued a statement advising that Vonn had suffered 'a mild strain to her right knee, a partial tear to her right ACL, minor facial abrasions and scapular contusions from her fall'. He added that she will 'rest for a few days and then will pursue aggressive physical therapy and will determine the next time she is able to compete after seeing how she responds to the treatment'. Vonn, who is dating high-profile golfer Tiger Woods, was wearing a doctor-ordered protective knee brace while training due to her having had major knee surgery following a ski accident in February.

Katy Perry, Rihanna, and more scheduled to perform at AMA's.
Watch the video clip below for exciting details about the performances slated for the upcoming American Music Awards on November 24.

Alec Baldwin's show suspended.
After a videotape surfaced of Alec Baldwin ("30 Rock") hurling an anti-gay epithet at paparazzi, MSNBC suspended his weekly talk show "Up Late With Alec Baldwin." Baldwin posted an apology on the MSNBC website after the fact, and Baldwin's daughter with ex-wife Kim Basinger ("L.A. Confidential," "9 1/2 Weeks") Ireland Baldwin, came to his defense with a series of tweets including this one:

My dad is far from a homophobe or a racist.

I'm pregnant!!! Brandon and I are so excited! Best early Christmas present ever :)

Jennie Garth and boyfriend split up.
After dating for three months, Jennie Garth ("Beverly Hills, 90210") and boyfriend, Michael Shimbo, have decided to call it quits, according to E! News, which reported that the pair elected to split while in Austin, Texas for the Formula One's U.S. Grand Prix.

Howard Stern back to America's Got Talent.
Shock-jock radio host, Howard Stern, announced on Tuesday November 19 that he will return to America’s Got Talent for season nine. He added that NBC had generously made some concessions to accommodate his needs, including adjusting the schedule so that he wouldn't have to travel as much.

Adam Levine is named the 'Sexiest Man Alive'.
On the Tuesday November 19 episode of "The Voice," it was announced that judge Adam Levine was People magazine's 'Sexiest Man Alive' this year. The Maroon 5 frontman thanked the cheering crowd after host Carson Daly made the announcement. What do you think? Let Soaps.com know by voting in our poll:

Find out what Coronation Street's Hayley convinces Roy to do. Check out Soaps.com's Primetime Dish to get the scoop on the Dallas season three return date.