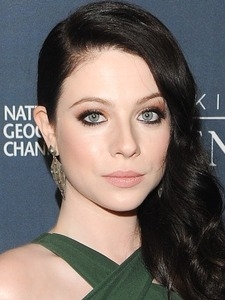 Soaps.com has a CW premiere for the week of November 25, as well as episode teasers, casting, Hallmark holiday movies, a new CBS series preview starring a popular “Lost” alum, a fun spin-off and more in our latest Primetime Dish column…

Arrow:
Nicholas Lea (“Continuum,” “The Killing”) has been cast to play Mark Francis in episode twelve and thirteen. Katrina Law (“Snow Bride,” “Spartacus: War Of The Damned”) will appear as well in episode thirteen, “Heir To The Demon,” as Nyssa al Ghul. Though there is no new episode this week, the CW series airs Wednesdays at 8:00 PM.

Beauty And The Beast:
There’s a difficult decision to be made in the CW’s November 25 9:00 PM episode titled “Man Or Beast?” Monday episode teasers: Vincent and Cat have different ideas as to how to deal with Agent Reynolds, and Cat’s next move will change her and Vincent’s future forever.

Blue Bloods:
Tom Cavanagh (“Royal Pains”) has landed a guest starring role on the CBS series as Mickey and will appear on Friday December 20 at 10:00 PM.

Brooklyn Nine-Nine:
On Tuesday November 26 at 8:30 PM in the FOX episode titled “Thanksgiving,” Amy’s holiday dinner turns into a disaster when Holt and Jake have to leave, and Boyle ends up saving Turkey Day.

Boardwalk Empire:
In HBO’s Sunday November 24 9:00 PM episode titled “Farewell Daddy Blues,” Agent Knox launches his plan to bring Nucky down, which leaves Eli bracing for the worst. An agreement is received between Capone and Torrio in Cicero. Chalky plans to settle some scores, and Richard attempts to save Tommy but at Gillian’s expense.

Glee:
Read our Glee Spoilers to find out what Sue reveals in FOX’s Thursday November 28 9:00 PM episode titled “Puppet Master.” Stay tuned for our recap after the show.

Gracepoint:
Anna Gunn (“Breaking Bad”), Jacki Weaver (“Silver Linings Playbook”) and David Tennant (“Broadchurch,” “Dr. Who”) have been cast in FOX’s upcoming series. Based off of the U.K. drama “Broadchurch,” the show follows the tragic and mysterious death of a young boy, which leads to a major police investigation and a nationwide media frenzy. Stay tuned for the premiere during the 2014-2015 season.

Grandma Got Run Over By A Reindeer:
The holiday classic will air on the CW on Friday November 29 at 8:00 PM. Jake Spankenheimer tries to track down his missing grandma on Christmas Eve and prove that Santa Claus is real.

Grey’s Anatomy:
The ABC series will not be seen on Thursday November 28. Read our Grey’s Anatomy Spoilers for a peek into ABC’s Thursday December 5 9:00 PM episode titled “Man On The Moon.” Soaps.com posts recaps weekly after the show airs.

Hart Of Dixie:
Danielle Bradbery (“The Voice” winner) will perform in the CW’s November 25 8:00 PM episode titled “Miracles.” Monday episode teasers: Zoe invites her uncle to the Hanukkah celebration, which stirs things up between her and Vivian. Lemon asks for George and Lynly’s help to find important information about one of Brick’s exes, and Tansy helps Wade, who suffers from a horrible toothache, open his eyes to his future.

How I Met Your Dad:
“How I Met Your Mother” writers Craig Thomas and Carter Bays will move forward with the CBS spin-off. The show will consist of new characters, storylines and will be told from a female point of view. Of the upcoming show the writers tweeted:

Why are we doing #HIMYD? Lots of reasons, but mainly so we can finally answer where the pineapple came from. #HIMYM

Our hope is that #HIMYD becomes its own magical wonderful weird thing, and the two shows stand on their own side by side.

Intelligence:
The new CBS series starring Josh Holloway (ex-Sawyer, “Lost”) will have a special preview on Tuesday January 7 at 9:00 PM. It will then premiere in its regular Monday 10:00 PM time-slot beginning on January 13. Watch the preview of Holloway as Gabriel Black, a high-tech intelligence operative enhanced with a super-computer microchip in his brain.

Let It Snow:
On Saturday November 30 at 8:00 PM the Hallmark Channel will air its original movie starring Candace Cameron Bure (“Make It Or Break It,” “Full House”), Jesse Hutch (“Arrow”), Alan Thicke (“Growing Pains”), Gabrielle Rose (“Once Upon A Time”) and Dan Willmott (“Supernatural”). An executive tours her company’s new property and prepares a presentation on how to transform the established lodge into a new winter hot spot. However, an unexpected romance mixed with some holiday spirit gives her a change of heart.

Necessary Roughness:
Canceled. The USA Network has canceled its series and won’t return for season four.

New Girl:
On Tuesday November 26 at 9:00 PM the FOX series will air an episode titled “Thanksgiving III.” Nick takes Jess and the gang camping for Thanksgiving and puts their survival skills to the test. Schmidt and Coach fight over who is the best woodsman, and Cece and Winston both agree they hate the outdoors.

Interview! Soaps.com sat in during a conference call with the show’s writer and producer Liz Meriwether. When asked about the upcoming Super Bowl episode Meriwether teased, “Yes, it’s definitely been, it’s so exciting. We’re thrilled and so happy to kind of get a chance to show the show to this massive audience and definitely like a little bit nervous about it, but in a good way. We’re just really excited to be doing it. The conversations have been ongoing. We’ve been working on the story for about a month and writing it and we’re going to shoot it in December, so we’re kind of in the process of putting it together. The story is going to be mostly about Ferguson – I’m just kidding.”

Nikita:
Season premiere! There’s double trouble in the CW’s November 29 9:00 PM season premiere titled “Dead Or Alive.” Friday episode teasers: Nikita joins Michael, Birkhoff and Ryan in the team’s aircraft command center, where they vow to clear her name. Ryan uncovers that Amanda is creating doubles of VIPs with The Shop’s help. Though Alex holds Sam at gunpoint, they are forced to work together when a gang of thugs attacks them.

Ravenswood:
The ABC Family series will not air on Tuesday November 26, due to a holiday special titled "Christmas Bounty."

Revenge:
The ABC series will not air this week. Read Soaps.com's Revenge Spoilers for a look into what's set to take place this December.

Supernatural:
In the CW's Tuesday November 26 9:00 PM episode titled "Rock And A Hard Place," Sheriff Mills asks for Sam and Dean's help investigating murders in her town, and the brothers join a church chastity group, one all four victims belonged to.

The Christmas Spirit:
The Hallmark Channel will premiere another one of its original movies on Sunday December 1 at 8:00 PM starring Nicollette Sheridan ("Desperate Housewives"), Olympia Dukakis ("Sex & Violence") and Bart Johnson ("The Client List"). Journalist Charlotte Hart (Sheridan) visits her family over the holidays and investigates a real estate developer who approaches the small town with an offer. A car accident lands Charlotte in a coma, where her spirit meets the spirit of the developer, who was in the accident as well.

The Originals:
A battle takes place in the CW's November 26 8:00 PM episode titled "The River In Reverse." Tuesday episode teasers: Cami has a hard time making sense of a message, and a confrontation between Marcel and Klaus ends with a surprising twist. Read more of The Originals Spoilers.

The Vampire Diaries:
The CW series will not air on Thursday November 28. Read Soaps.com's The Vampire Diaries Spoilers to find out what Elena shares with Damon in Thursday's December 5 8:00 PM episode titled "The Cell." Soaps.com posts all recaps after the show airs.

Two And A Half Men:
Aly Michalka ("Grown Ups 2," "Hellcats") will first appear on Thursday December 12 in the recurring role of Brooke, opposite Amber Tamblyn ("General Hospital's" ex-Emily) as her character Jenny's love interest. The CBS series airs Thursdays at 9:30 PM.

Read Soaps.com's After The Soap Finales: Where Are They Now for a preview of Cameron Mathison in Window Wonderland, which airs this Saturday November 23.