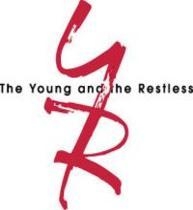 Time off for the holiday.

Soaps.com has details as to which soap operas will and won’t be airing on Thanksgiving and Black Friday this year. Please take note:

ABC’s “General Hospital” will air an encore of its October 31, 2013 Halloween episode. Read our General Hospital Recap: Trick for a look back at the Port Charles holiday.

CBS’ “The Bold And The Beautiful” and “The Young And The Restless” will air repeat episodes. However, “Y&R” will be pre-empted on the west coast due to the Thanksgiving Day Parade. Look for a “B&B” repeat of when Hope and Liam planned to marry in Italy, and a classic “Y&R” episode in which Jill and Katherine fought in the Chancellor attic.

NBC’s “Days of our Lives” will be pre-empted.

ABC’s “General Hospital” will not air due to a network pre-emption.

Though CBS’ “The Bold And The Beautiful” will not be seen due to coverage of NCAA Football, “The Young And The Restless” will rebroadcast the May tribute episode in which cast members, family and friends gathered to celebrate Jeanne Cooper’s (Katherine) life.

NBC’s “Days of our Lives” will not be seen as well.

Tune in on Monday December 2 for new episodes for all of your favorite soaps.