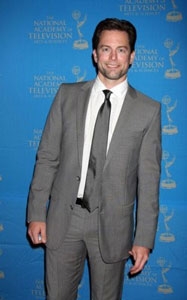 There was hardly a dull moment in Genoa City, Salem, Port Charles or LA last week, and Soaps.com wants to know what you thought about every last moment. Vote your opinion about all of the storylines from “The Bold And The Beautiful” to “The Young And The Restless.”

Polls are updated at the end of the week once the Soaps.com recap for each show is posted, so check regularly for a new round of questions.

Days of our Lives:
Should Marlena be held culpable for playing the video of Father Eric and Kristen having sex? Vote in our Days of our Lives poll about whether she had any other option but pressing play.

General Hospital:
What will Franco do now that he knows the truth about who his parents are? Vote in the General Hospital poll about whether he’ll beg for forgiveness or throw himself into his art.

If you have any ideas for polls about your favorite Daytime shows, let us know below or in our Soap Opera message boards. Meanwhile, what was the biggest shocker of the week?

Find out what the soap stars are up to, including when Guy Wilson will take over the role of Will on Days in Soaps.com’s Weekly Soaps News.