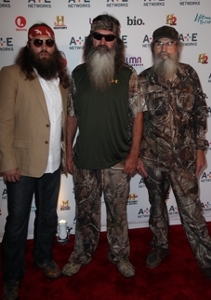 This week’s celebrity news includes weddings, parties, wine, a lawsuit, a visit to a brothel, and much more…

Kim Kardashian and Kanye suing over leaked engagement video.
TMZ reported that Kim Kardashian (Keeping Up With The Kardashians) and fiance, rapper Kanye West, are suing Chad Hurley, the co-founder of YouTube, who they allege violated a confidentiality agreement by posting a video of Kanye’s marriage proposal on his new website, MixBit.

Lindsay Lohan and Floyd Mayweather co-hosted Halloween bash.
Lindsay Lohan (“Mean Girls,” “The Parent Trap”) teamed with boxer Floyd Mayweather to co-host the Halloween party at the Foxwoods Resort and Casino in Connecticut on October 31. They dressed up as horror flick personalities Carrie, from the movie “Carrie,” and Freddy Krueger from “Nightmare On Elm St.” Mayweather tweeted a photo:

Carrie (@lindsaylohan) and me as Freddy hanging out at the best Halloween party I've ever been to at MGM Foxwoods pic.twitter.com/MWBXzsludg

Pamela Anderson cuts hair and runs marathon.
It was an eventful past week for Pamela Anderson (“Baywatch”) as she first decided to cut her trademark long blonde locks and then ran the New York City marathon on November 3 with her new pixie cut! Anderson took to Twitter to show what the aftermath of running 26.2 miles looked like:

Great weekend with old friends and family! Happiest time of my life! #offthemarket

I married the love if my life tonight at The Venetian Chapel in Las Vegas!!!!! @BrianGGallagher @VenetianVegas #HeLikedItSoHePutaRingOnIt

David Arquette’s girlfriend is pregnant.
David Arquette (“Scream,” “Never Been Kissed”) is once again an expectant father, this time with his girlfriend, Christina McLarty, according to People. The couple has been dating on and off since 2011. Arquette already has a daughter, 9 year-old Coco, with ex-wife Courtney Cox (“Cougar Town,” “Friends”).

Doug Hutchison and Courtney Stodden split.
Doug Hutchison ("Lost," ex-Sebastian, "Guiding Light") made controversial headlines back in 2011 when, at age 51, Hutchison married 16 year-old Courtney Stodden. This week, the pair announced they were splitting amicably. Stodden, now age 19, recently appeared on the UK version of "Big Brother," and will move forward with Hutchison co-managing her career. As well, they will share custody of their dog, Dourtney, according to People.

Justin Bieber visits Brazilian brothel.
Justin Bieber kept on with his Believe tour this past week in Brazil, where he once again stirred up controversy, this time by ducking out of a Brazilian brothel, Centauros, under a white sheet. Reportedly Bieber's wrist tattoo was what gave him away. Bieber seemed unfazed by the latest headlines, tweeting:

we had a good time tonight. brazil goes hard. http://t.co/SUMKvpKlpS

Bieber is also reportedly wanted for questioning by police in Brazil for allegedly spray-painting graffiti on the wall of a building in Rio de Janeiro.

Drew Barrymore is pregnant.
Actress Drew Barrymore ("Charlie's Angels," "50 First Dates") is expecting her second child with husband Will Kopelman. The couple has a 13 month-old daughter, Olive. Barrymore told People she was 'overjoyed' to be adding to her family and felt 'blessed'.

Miley Cyrus' new tattoo.
Miley Cyrus debuted a new tattoo on her forearm on Tuesday November 5. The artwork is a likeness of her grandmother, Loretta Finley, whom she refers to as 'Mammie'. Kat Von D ("L.A. Ink") was the tattoo artist. Cyrus tweeted a photo for fans:

because i am her favorite & she is mine ? pic.twitter.com/52GxBU9V7s

Taylor Swift to perform at Prince William's charity gala.
Taylor Swift ("One Chance") has been tapped to perform at a charity gala to be held on November 29 at Kensington Palace, the home of the Duke and Duchess of Cambridge. The Winter Whites Gala will benefit the homeless charity, Centerpoint, with which Princes William and Harry are both associated. People reported that the gala will also feature performances by Bon Jovi and James Blunt.

Orlando Bloom talks divorce.
Bloom spoke with Miranda Kerr for CBS Sunday Morning with Charles Osgood who touched base on the reason the couple separated. Bloom struggled for an answer and said, "You know, that’s a very hard question to answer – and really it’s one that time will tell,” Bloom tells Braver. “But when you have two people who are incredibly busy and who are both – very visible in the world – I think it can be challenging to keep that, that schedule and that kind of life in the same track, you know." Bloom said dealing with the split from Kerr, a Victoria’s Secret model, has been "very challenging" in many ways. "You know, I love Miranda and she loves me. We both adore and love our son. We both recognize and realize that we’re going to be in each other’s lives for the rest of our lives, raising our son."

For the full interview and to hear what Bloom says about working on the Broadway debut of "Romeo and Juliet," watch November 10 on the CBS Television Network.

Read Soaps.com's Soap History: Return To Peyton Place to remember the cast and stories. Watch a Beauty and the Beast spoiler video in our Primetime Dish.

SOAPnet To Go Off The Air