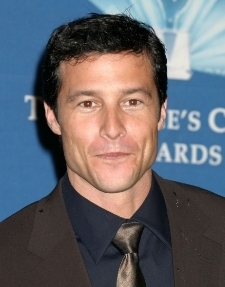 No matter if it’s Genoa City, Salem, LA, or Port Charles, there is always something exciting going on, off and on the set. Read about it all weekly in our soap opera news rooms.

The Bold And The Beautiful:
Don Diamont (Bill) shared personal stories about parenting and overcoming anti-Semitic bullying at a recent conference in Michigan. And if you’ve been missing Jacqueline MacInnes Wood onscreen as Steffy, you can catch her next month when her new series “Party On” debuts on E! – find out when. And do you remember what caused Eric (John McCook) to divorce Donna (Jennifer Gareis) before his last marriage to Stephanie (Susan Flannery), or what creative venture Thorne (Jeff Trachta) embarked on in the 90s that didn’t involve fashion? Vote on that in our Thursday Throwback polls and read Candace’s blog for her thoughts on Quinn’s (Rena Sofer) reaction to Liam’s (Scott Clifton) accusation in Soaps.com’s The Bold And The Beautiful News Room.

Days of our Lives:
Before Charles Shaughnessy (Shane) shows up in Salem this year, fans were able to see him doing a guest stint on “Deadtime Stories,” the Nickelodeon children’s horror series with a fellow former Daytime star. Meanwhile, Alison Sweeney (Sami) joined Ellen DeGeneres for her on-screen Halloween special while John Aniston (Victor) joined numerous Oscar winners, including Morgan Freeman and Olympia Dukakis for the audio narration of a new children’s book. And expect some new faces in town – Mark Collier has been cast in a new role on the show, but details are being kept under wraps until we see him next month. Did Joe Mascolo (Stefano) break his leg? See how it could affect his filming. Then vote about how Phillip Collier (Richard Burgi) helped Kimberly (Ariana Chase) after she shot Roman (Wayne Northrop), and catch up with Christine’s thoughts about EJ threatening Lucas in Soaps.com’s Days of our Lives News Room.

General Hospital:
Actress Ilene Kristen (ex-Delia, “Ryan’s Hope” and ex-Roxy, “One Life To Live”) delighted fans when she reprised her role as Delia on “GH” while another fan fave, Jacklyn Zeman (Bobbie), will return to Port Charles later this year – find out when. Viewers were able to catch plenty of their Port Charles favorites past and present outside the soap world as Ted King (ex-Alcazar, ex-Tomas, “One Life To Live”) showed up on CBS’ “Elementary” and Kelly Monaco (Sam) appeared on a panel about failed relationships on “Bethenny.” Former soap star Annie Ilonzeh (Port Charles’ ex-Maya) will soon show up in one of CW’s hit Primetime shows as an ambitious reporter. Finola Hughes (Anna) and Ian Buchanan (Duke) are doing some good and serving as ambassadors with another “GH” alum, dancer Maksim Chmerkovskiy (ex-Anton). Do you want to see the show’s sets? On November 2, fans can bid on eBay to have William deVry (Derek Wells/Julian Jerome) give them a behind-the-scenes personal tour and a signed script. Then catch up with Vi’s weekly “GH” Rundown for her thoughts on the baby battle and mob war in our General Hospital News Room.

The Young And The Restless:
Learn everything about how actor Michael Muhney (Adam) feels about playing such an isolating character during a heartbreaking storyline in our revealing interview. If you can’t get enough of Sean Carrigan (Stitch) onscreen, he will be popping up in an episode of “Modern Family.” When Billy (Billy Miller) shows up for a support group for parents, fans will see him interact with Kelly, played by veteran soap actress Cynthia Watros (ex-Victoria, “Another World,” ex-Annie, “Guiding Light”). And while Phyllis is still incommunicado on the show, Michelle Stafford is steadily releasing episodes of her web series “The Stafford Project” on YouTube. It was sad news when Marcia Wallace (ex-Annie Wilkes) passed away at the age of 70. And read Candace’s weekly Restless Rant for her thoughts about the need for a steamy affair to break up the sadness from Delia’s death in The Young And The Restless News Room.

Visit Soaps.com’s News Room for our Top 20 Creepiest Soap Opera moments, Guy Wilson joining DOOL as Will, and any updates about “All My Children” and “One Life To Live.”