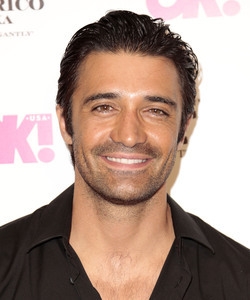 Soaps.com has a reboot of a 1990s television series for the week of November 4, as well as episode teasers, a big Lifetime renewal, Christmas in November, casting, favorite Halloween costumes and more in our latest Primetime Dish column…

2 Broke Girls:
Gilles Marini (“Switched At Birth”) has been cast in a recurring capcity to play a baker named Nicolas, beginning on November 18. The CBS series airs Mondays at 8:30 PM.

Almost Human:
John Larroquette (“Deception,” “Night Court”) will guest star in an upcoming episode of the FOX series in the recurring role of Nigel, described as “a genius roboticist who is sympathetic, highly intelligent and a bit broken.” Tune in for the special two-night premiere on Sunday November 17 and Monday November 18, both at 8:00 PM.

Arrow:
In the CW’s Wednesday November 6 8:00 PM episode titled “League Of Assassins,” Canary refuses to talk about where she came from as Oliver tends to her wounds. After they are attacked by the Queen, Canary reveals a connection. The Assistant District Attorney tells Moira to either plead guilty now or take her chances in court. Thea begs her mother to fight for her life, and Oliver becomes upset to learn that Laurel has joined the prosecution’s team on his mother’s case.

Beauty And The Beast:
A threat looms in the CW’s November 4 9:00 PM episode titled “Reunion.” Monday episode teasers: Cat uncovers more of her past when she attends her high school reunion, and Vincent reconnects with one of his old military buddies, who’s keeping a dangerous secret.

Boardwalk Empire:
In HBO’s Sunday November 3 9:00 PM episode titled “Marriage And Hunting,” Nucky refuses to take Chalky’s side over Narcisse’s. Gillian’s custody case leaves Julia to consider her options. Van Alden comes clean to O’Banion after standing up to Capone, and Rothstein is interested in making a trade.

Charmed:
CBS is currently working on bringing viewers a reboot of the 1998 series. Varity is reporting that “Party Of Five” co-creator Chris Keyser and Sydney Sidner will be co-writing the show that was previously canceled in 2006 and starred Shannen Doherty (“90210”), Holly Marie Combs (“Pretty Little Liars”), Rose McGowan (“Once Upon A Time”) and Alyssa Milano (“Mistresses”) as four powerful, good witches. As of yet, there is no word on casting.

Ghetto Klown:
John Leguizamo’s (“Kick-Ass 2”) fifth HBO solo special, which will debut on the network in 2014, will tape on Saturday November 16 at the New Jersey Performing Arts Center in Newark. “John Leguizamo’s one-man shows are always electrifying, thought-provoking entertainment,” noted Michael Lombardo, President/HBO Programming. “The provocative ‘Ghetto Klown’ is the latest chapter in a longtime partnership that has been highly rewarding for HBO and for our viewers.”

Glee:
The FOX series returns on Thursday November 7 at 9:00 PM. Read our Glee Spoilers to find out who Adam Lambert will be playing in the episode titled “A Katy Or A Gaga.” Stay tuned for our recaps each Thursday following the show.

Hart Of Dixie:
It’s all about fitting in during the CW’s November 4 8:00 PM episode titled “How Do You Like Me Now?” Monday episode teasers: Zoe is happy that Joel is adjusting nicely to life in BlueBell but learns others might not feel the same. George is surprised by how well he and Lynly work together, and Lavon asks for Lemon’s help to avoid a mess involving a major ‘flower mistake’.

Hello Ladies:
In HBO’s Sunday November 3 10:30 PM episode titled “Long Beach,” Stuart bonds with some construction workers and spends a little time with them in Long Beach, and Wade gets some tips from Jessica as to how to get Marion back.

Once Upon A Time In Wonderland:
Whoopi Goldberg (“The View”) will lend her voice to the ABC series during episode eight as Mrs. Rabbit. Tune in Thursdays at 8:00 PM.

Pete’s Christmas:
The Hallmark Channel will air its original movie on Friday November 8 at 8:00 PM. An overlooked middle child, who is the only one in his family to keep repeating their miserable Christmas over and over again, uses his gift to give the holiday a make-over, one his family will never forget. Molly Parker (“The Form”), Bruce Dern (“Big Love”) and Bailee Madison (“Once Upon A Time”) star.

Reign:
In the CW's Thursday November 7 9:00 PM episode titled "Hearts And Minds," a confrontation ends with disastrous results. Mary has a tough choice to make, either lie and sentence a man to death in order to be free of her engagement to Prince Francis or tell the truth.

Suits:
The USA Network has green-lighted its series for a season four, which will include sixteen new episodes.

Supernatural:
In the CW's Tuesday November 5 9:00 PM episode titled "Dog Dean Afternoon," Sam and Dean realize that a German Sheppard is an eye witness to two bizarre murders. The guys find a spell that will allow Dean to communicate with the dog, but it comes with unexpected side effects.

The Carrie Diaries:
In the CW's Friday November 8 8:00 PM episode titled "Strings Attached," Larissa returns and takes Carrie and Walt to a festival in the city, where she meets Samantha. Later, Carrie finds herself locked in a classroom alone with Sebastian, which causes issues for her promise to remain Zen. Somebody from Maggie's past reappears and distracts her. Walt fears his classmates will find out he's gay, and Tom is presented with an offer from Harlan.

The Following:
Lee Tergesen ("Longmire") will guest star as Kurt Bolen in episode seven of season two. Tune in for the premiere, and a one year jump ahead from season one, on Monday January 20, 2014.

The Originals:
Many face trust issues the CW's November 5 8:00 PM episode titled "Fruit Of The Poisoned Tree." Tuesday episode teasers: Klaus does everything in his power to protect Hayley and his unburned child. Read more of The Originals Spoilers.

The Tomorrow People:
In the CW's Wednesday November 6 9:00 PM episode titled "All Tomorrow's Parties," Jedikiah's mysterious boss demands a meeting with Stephen, who breaks Ultra protocol during a training exercise. Stephen turns to John for help. John and Cara disagree on a dangerous plan, which involves The Tomorrow People attending a party like normal people, and Stephen bails on Astrid, who plans to find out what he's really up to.

The Vampire Diaries:
Read Soaps.com's The Vampire Diaries Spoilers to find out who makes Damon and Elena a promise in exchange for their help in the CW's Thursday November 7 8:00 PM episode titled "Handle With Care."

The Walking Dead:
Renewed! AMC has renewed its series, which will allow viewers to continue watching developing storylines into season five.

True Blood:
Fans of Adina Porter's Lettie Mae Thornton will get to see the character a lot more, as the actress has been bumped up to a series regular. The HBO series' final season will premiere in 2014.

For fun, watch the video interview below where the cast shares their past Halloween costumes, traditions and memories of the spooky holiday.

Read Soaps.com's After The Soap Finales: Where Are They Now for a preview of Cameron Mathison in The Christmas Ornament, as well as other recent happenings in the lives of former soap stars.