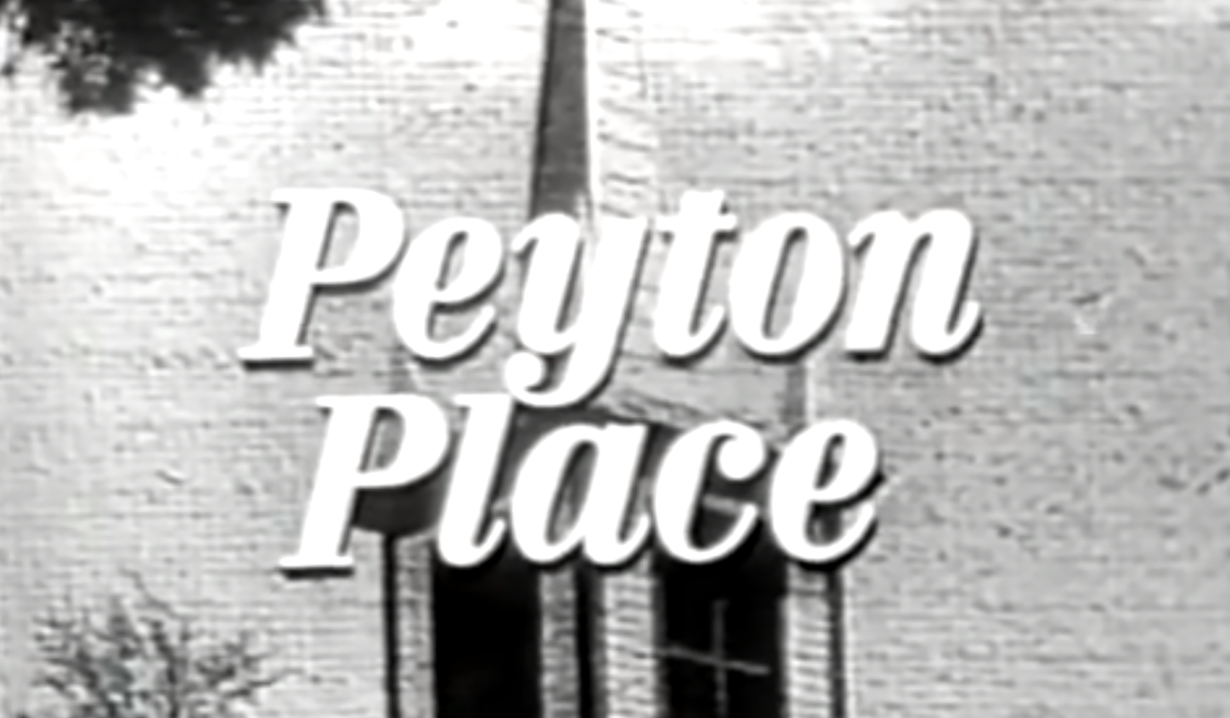 This primetime serial drama was considered one of the best.

Considered to be the very first successful primetime serial drama, “Peyton Place” was the creation of producer Paul Monash (“Butch Cassidy and the Sundance Kid,” “Carrie”), who had initially just wanted to import England’s hit “Coronation Street.” That show premiered in December 1960 and within six months became the most-watched program on British television. But ABC executives had a feeling Daytime audiences would be put off by the accents. So Monash turned to the seminal novel of the same name by author Grace Metalious, which was published in 1956 and followed up with a film a year later that starred Hollywood starlet Lana Turner. It paid off – the show was a hit despite criticism of its sexual themes.

The story:
While the show was based on a book published a decade earlier, storylines were toned down considerably from the racy novel. The book tackled incest, abortion, and adultery – and the hypocritical reactions from the New England residents – while the show took a tamer approach with teen pregnancy and slightly-sexed citizens in a more warm and homey setting. It was an instant primetime hit, and after initially running two nights a week its popularity bumped that up to three nights not even a year after the premiere.

But before the show even aired there was plenty of drama behind the scenes. A family prominent in the novel, the Crosses, was included in the hour-long pilot that was shot in 1962, but they didn’t make the final cut after writer Irna Phillips (“Guiding Light,” “Another World,” “As The World Turns”) was brought in to tweak it. She removed the Crosses mainly because of the incest plot she knew would not sit well with at-home viewers. She also changed main character Michael Rossi’s (Ed Nelson), job from school principal to doctor which gave him an opportunity to mix and mingle with the whole town, not just teens.

None of these changes sat well with the original makers of the pilot and there was a lot of fighting back and forth, causing the premiere of the show to be pushed back until the fall of 1964 with Phillips’ changes intact.

The cast:
The original cast of characters was comprised of popular veteran actors and a crop if talented newcomers, including Mia Farrow (Allison MacKenzie), Ryan O’Neal (Rodney Harrington), and Barbara Perkins (Betty Anderson).

The ratings game:
When the show premiered in 1964 twice a week, both airings were in the top 20 in the Nielsen ratings, so ABC decided to bump the show up to three nights a week. Bad move. The additional night turned off loyal viewers who couldn’t commit more time. The show never made it into the top 30 again and it was dropped to two nights again.

After show lead Mia Farrow was written out in 1966, the character of Rachel Welles, portrayed by Leigh Taylor-Young (“Passions,” “Sunset Beach”) was written in to be Ryan O’ Neal’s new love interest. Viewers did not take to the new pairing and ratings for the one-time hit began to fall further. (Things worked out much better for Taylor-Young and O’Neal – they were later married in real life.) The show was dropped back to two nights soon after Farrow’s exit.

By 1968, a majority of the original cast had been written out or replaced, which really began to alienate viewers and the show was reduced further to one night a week. The writers’ solution was to bring in a whole cast of new characters, but that didn’t work either, despite big names like journalist, activist, and actress Ruby Dee (“A Raisin In The Sun”) signing on. The show was cancelled in June 1969.

Even though the show aired for only five years, it was proof that primetime soap operas were a viable form of entertainment.

The end:
In a fast-paced final episode, Michael, was arraigned for murder and held for trial. “Peyton Place” ended with Mike alone in his jail cell contemplating what his future might be. The viewers were left wondering the same thing, and not just about Mike. Just about every storyline was left hanging with unfinished business.

In 1972, NBC premiered “Return To Peyton Place” as a Daytime soap with a few of the original actors from “Peyton Place,” but viewers who tuned in hoping for a pickup on all of the old storylines were slightly disappointed. They were even more confused when Mia Farrow’s character Allison, who had originally been mysteriously been written off, became a prominent figure in the Daytime show, played by Kathy Glass (“One Life To Live,” “The Doctors”).

Peyton Place Trivia:
* A total of 514 episodes were produced, ranking it No. 2 in production of the most episodes of any drama in primetime history. “Gunsmoke” was No. 1 with more than 600.

* Even though actor Warner Anderson left the series as the character Matthew Swain after the first season, he continued as narrator until the very end of the show.

* Original cast member Mia Farrow had no idea the show would become the instant hit that it did. Her husband at the time – superstar Frank Sinatra – pushed her to leave the show and she immediately worked to do so. She was mysteriously written off in 1966 after two years, and the ratings were never the same again.

* When Academy Award-winning actress and show star Dorothy Malone (Constance MacKenzie) was in a car accident and had to have surgery, her character’s plot was too hot to put on hold. Instead, model, singer and actress Lola Albright briefly filled in.

* Leigh Taylor-Young was vocal about not being entirely happy working on the soap, and left the show in 1967 when she was pregnant with co-star Ryan O’Neal’s baby. They married on a whim in the Hawaiian home of an ABC manager while promoting the show. They were divorced in 1973. Their son, Patrick O’Neal, is a reporter for Fox Sports West in LA and has children of his own with actress Rebecca De Mornay.

* The show was broadcast in black-and-white until 1966 when it switched to color.