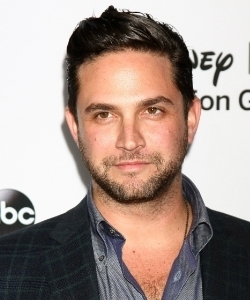 It’s never a dull moment in the soap opera world, whether in the fictional towns that exist only during Daytime, or in the real lives of the actors who portray our favorite characters. From strange legal news for Hunter Tylo from “B&B” to “Y&R’s” Eric Braeden chatting it up with Queen Latifah, Soaps.com has all the information you need in our weekly soap opera news rooms.

The Bold And The Beautiful:
It was a sad week for former “B&B” and “Y&R” star Adrienne Frantz (ex-Amber Moore) when she shared news of her miscarriage. Fans of Jacqueline MacInnes Wood (Steffy) will be pleased to find out what date she returns to the show. Soap star Hunter Tylo (ex-Taylor) was unwittingly tied to a legal case, Kimberlin Brown (ex-Shelia Carter) has a new series of her own, we’ve got the date of Aaron D. Spears (Justin) new show premiere, and Texas Battle (Marcus) surprised street performers in South Africa with new shoes. Get all the details, plus read Candace’s “B&B” blog for thoughts on the knockout kiss in the cabin between Hope and Wyatt and Maya’s desperate reach for Rick in Soaps.com’s The Bold And The Beautiful News Room.

Days of our Lives:
The latest word is that Drake Hogestyn (John) is returning to Salem and has already been filming on set, but a confirmation is hard to come by. Find out when setside sources are saying the supposed material will air. And remember when Anna DiMera decided to open a fashion business bankrolled by Tony DiMera and Alex Marshall? Like all of our soap opera news rooms, read about and vote in this throwback in “Days” history and its disastrous results. Then catch up with Christine’s thoughts on the shootout at the engagement party in Deconstructing “DOOL” in Soaps.com’s Days of our Lives News Room.

General Hospital:
John Lindstrom (Kevin) is temporarily trading Port Charles for Primetime to guest on “NCIS.” Jason Thompson (Patrick) popped up on a number of Daytime talk shows this week, including time on “The Chew” with fellow castmates Sean Blakemore (Shawn), Tyler Christopher (Nikolas), Kelly Monaco (Sam), and Roger Howarth (Franco). And it’s the end of the road for Port Chuck, the band comprised of Steve Burton (ex-Jason, Y&R’s Dylan), Scott Reeves (ex-Steve), Brandon Barash (ex-Johnny) and Bradford Anderson (Spinelli), as they begin their farewell tour in November. Learn where they are scheduled to play, as well as read Vi’s weekly “GH” Rundown for thoughts about Diane’s fabulous return and Tracy’s tough guy act with Jerry Jacks in our General Hospital News Room.

The Young And The Restless:
Melissa Ordway (Abby) is heading across the hall from Genoa City behind for a scary stint as a ‘guest ghoul’ on CBS'”The Price Is Right” on Halloween. She’ll join model Rachel Reynolds to present prizes during a game of Cliff Hanger. Eric Braeden (Victor) will discuss “Y&R” with Queen Latifah on her show on Oct. 25, while quilting fans will want to get a copy of Beth Maitland’s (Traci) new book from her Enchanted Needle series. Should Chelsea and Adam give it another go? Vote your opinion about their relationship, then read Candace’s weekly Restless Rant for her thoughts on one of the more heartbreaking storylines that has been tackled in a while, Delia’s death, in The Young And The Restless News Room.

Check out Soaps.com’s News Room for the latest information on Jamie Dornan’s casting as Christian Grey in Fifty Shades Of Grey, Fox’s new series “Almost Human” and any new information about “All My Children” and “One Life To Live.”