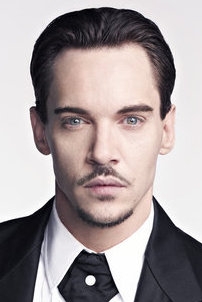 Soaps.com has a new NBC series for the week of October 28, as well as episode teasers, casting, one network orders more episodes for three shows and cancels one, plus renewals and more in our latest Primetime Dish column…

Almost Human:
The new FOX futuristic series will debut with a special two night premiere on Sunday November 17 and Monday November 18, both at 8:00 PM. Each week viewers will track the missions of Detective John Kennex (Karl Urban) and his robot partner Dorian (Michael Ealy) as they solve cases and fight dangerously evolved criminals in the futuristic world.

Arrow:
In the CW’s Wednesday October 30 8:00 PM episode titled “Crucible,” Oliver sponsors a Cash For Guns event after discovering a man is bringing illegal guns into The Glades. Sin is seriously injured by a man named The Mayor. The Canary sets out for revenge. Felicity has information about the Canary. Laurel is asked out to dinner, and Diggle and an old friend reconnect.

Beauty And The Beast:
A face from the past returns in the CW’s October 28 9:00 PM episode titled “Hothead.” Monday episode teasers: Vincent takes matters into his own hands after Gabe asks for help. Cat’s help is needed, as is someone else’s who will end up opening old wounds from Vincent’s past.

Brooklyn Nine-Nine:
The FOX series has been picked up for a full season and will also be featured in a one-hour comedy special on Sunday February 2, 2014 after Super Bowl XLVIII. The series starring Melissa Fumero (“One Life To Live’s” ex-Adriana Cramer) and Andy Samberg airs Tuesdays at 8:30 PM.

Boardwalk Empire:
In HBO’s Sunday October 27 9:00 PM episode titled “The Old Ship Of Zion,” Nucky’s Florida shipment contains some unexpected goods. Agent Knox uncovers new dirt on the Thompsons and backs Eli into a corner. Willie reconsiders some recent life choices after having a talk with Nucky, and the Northside’s leadership is upholded.

CBS Comedy orders:
The network has ordered nine more episodes of its new comedy shows “Mom,” “The Crazy Ones” and “The Millers.”

Dracula:
The legend takes new life in the upcoming NBC series, which premieres on Friday October 25 at 10:00 PM. The drama stars Jonathan Rhys Meyers (“August Rush”) as Dracula, who appears in London as an American entrepreneur, wanting to introduce modern science to Victorian society. Watch the video promo for a sneak peek.

Franklin & Bash:
Renewed! TNT has green-lighted its popular series for season four, which will consists of ten new episodes.

Glee:
The FOX series returns with new episodes on Thursday November 7. Read our Glee Spoilers for a look into the episode titled “A Katy Or A Gaga.”

Hart Of Dixie:
It’s all about taking one for the team in the CW’s October 28 8:00 PM episode titled “Help Me Make It Through The Night.” Monday episode teasers: Lemon is blacklisted from the Junior League Halloween Masquerade party and asks her Grandma Bettie (Maree Cheatham, “Days of our Lives,” “General Hospital,” “Search For Tomorrow”) for help. Lavon plans an anniversary surprise for AnnaBeth, who turns to Zoe after a health scare. George faces the town judges in order to do damage control, and Wade doesn’t have much luck with the ladies.

Homeland:
Renewed! Showtime has renewed its series, which premiered in 2011, for a fourth season.

How I Met Your Mother:
James Van Der Beek (“Don’t Trust The B—- In Apartment 23,” “Dawson’s Creek”) will return to the CBS series as Simon in the episode titled “Bedtime Stories.” Stay tuned for his air date and watch the show Mondays at 8:00 PM. Of his return the actor tweeted:

Masters Of Sex:
Renewed! Showtime has ordered a second season of its freshman series. Tune in Sundays at 10:00 PM.

Ravenswood:
In ABC Family’s Tuesday October 29 8:00 PM episode titled “Death And The Maiden,” Remy makes a stunning discovery. Olivia and Luke have to face the truth surrounding their parents. Miranda has a hard time adjusting to the changes in her life, and Caleb has an unexpected run-in.

Reign:
In the CW’s Thursday October 31 9:00 PM episode titled “Kissed,” King Henry refuses to help Mary when England’s armies threaten Scotland’s borders. Tomas, the son of the King of Portugal, offers to help Mary if she abandons Francis and marries him instead. Francis lets his feelings for Mary cloud his judgment and puts Bash in jeopardy.

Revenge:
Read Soaps.com’s Revenge Spoilers to find out what Emily does next in ABC’s Sunday November 3 9:00 PM episode titled “Dissolution.” Stay tuned after each weekly episode for Soaps.com’s recap.

Once Upon A Time:
Rock star Marilyn Manson will lend his voice as Shadow on the ABC series sometime in November. Stay tuned Sundays at 8:00 PM.

Supernatural:
In the CW's Tuesday October 29 9:00 PM episode titled "Slumber Party," Sam and Dean find an ancient computer and hope to use it to track the angels. With Charlie's help, a hidden hexbag that unleashes a magical green-webbed wall is dislodged. Dorothy from Oz is revealed, as is her reasoning for trapping herself in the web years ago.

Switched At Birth:
Alec Mapa ("Ugly Betty") will appear in a recurring guest starring role as Renzo. He'll first turn up in the season premiere in January 2014 when Kathryn (Lea Thompson) meets him in a tap-dancing class.

The Carrie Diaries:
It's all about interesting life lessons in the CW's November 1 8:00 PM episode titled "Express Yourself." Friday episode teasers: Carrie and Walt debate kicking out their new roommate, who makes herself too comfortable. Things go south before Bennet can respond to Walt's admission of how he feels about him. Samantha gives Mouse sex tips. Sebastian and Maggie come face to face, and things don't go as planned when Tom invites Deb to spend the weekend with him. Indie rock band American Authors performs.

The Fosters:
Garrett Clayton ("The Client List," "Days of our Lives'" ex-Eli) will appear in a recurring role as Chase and will first turn up in January 2014.

The Good Wife:
Victor Garber ("Republic Of Doyle") will appear sometime this season as a judge on the CBS series. Also look for Hunter Parrish ("Weeds") on November 10 as a college student named Jeffrey Grant. Tune in Sundays at 9:30 PM.

The Mentalist:
Though Rockmond Dunbar ("Sons Of Anarchy") was only supposed to appear in three episodes as Dennis Abbott he has been promoted to a series regular. Keep an eye out for his first CBS appearance on Sunday November 10 at 10:00 PM.

The Night Shift:
Luke MacFarlane ("Satisfaction," "Brothers & Sisters") will appear as a soldier named Rick Lincoln. The new NBC series will premiere during the 2013/2014 lineup.

The Originals:
Secrets are revealed in the CW's October 29 8:00 PM episode titled "Sinners And Saints." Tuesday episode teasers: Klaus is on the hunt for answers and confronts Sophie to get them. Read more of The Originals Spoilers.

The Tomorrow People:
There's some unfinished business to deal with in the October 30 9:00 PM episode titled "Kill Or Be Killed." Wednesday episode teasers: Stephen enlists John's help in tracking down Killian McCrane, who resurfaces after years in hiding. John changes his mind and refuses to help, and Stephen's mom's suspicions put him in an awkward position.

Witches Of East End:
On Lifetime's Sunday October 27 10:00 PM episode titled "A Few Good Talismen," Joanna's attorney gets ready for her trial. Ingrid isn't sure about her relationship with Adam. Freya is recruited to help mend the rift between Killian and Dash. Wendy gathers ingredients for a spell by seducing someone, and a few people try to protect Redmond from a sworn enemy.

Be sure to read Soaps.com's Venice The Series Season Four Finale Recap to find out what Owen did to help his sister.