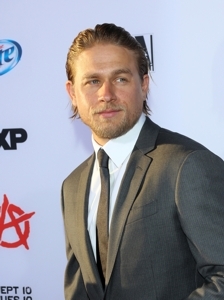 This week in Soaps.com’s celebrity news Miley Cyrus’ next awards performance is set, Justin Bieber was in another nightclub dispute, Lindsay Lohan got new body art, and much more…

Jon Bon Jovi gives bride away.
Rock superstar, Jon Bon Jovi, made Australian Superfan Branka Delic’s dream come true when he turned up to walk her down the aisle at the Graceland Wedding Chapel in Las Vegas this past weekend. Delic had been petitioning online since August for Bon Jovi to make an appearance at her wedding to Gonzalo Cladera. Bon Jovi was in town performing at the MGM Grand. Incidentally, the rocker married his wife Dorothea 24 years ago at the same chapel. The New Jersey native tweeted his congratulations and a photo afterward:

Congratulations @branksd! May you & Gonzalo have a lifetime of happiness, love & memories together – ALWAYS! pic.twitter.com/JuN8eNKfdi

@BonJovi you did more than make my dream come true, you changed my life forever! An amazing man with an amazing generous heart

Justin Bieber’s new nightclub drama.
Pop singer Justin Bieber’s latest headline-making drama took place at a nightclub in Seoul, Korea, where Bieber and his bodyguards allegedly made their way into the DJ booth demanding to hear some hip-hop. DJ Michael Woods claims that when Bieber was rebuffed, he assaulted Woods’ tour manager, Alex Madden, before retreating behind his security entourage. Contact Music reports that the DJ went on a Twitter rant detailing the incident after the fact.

Miley Cyrus to perform at American Music Awards.
It looks like Miley Cyrus (“Hannah Montana”) will have another chance to shock a large audience following her now infamous twerking performance at this year’s VMAs. It was announced late last week on “Good Morning America” that Cyrus will once again take the stage to perform live, this time at the AMAs, which take place Sunday November 24 at 8:00 PM EST on ABC.

well… our boy knox is here! about to have the best tasting cold beer of my life! so proud of my wife. she rocked it. crazy stuff. #beerme

Craig Robinson detained in Bahamas for drug possession.
Comedy actor Craig Robinson (“The Office,” “Pineapple Express”) was detained and ordered to pay a fine while in the Bahamas last week. According to People, Robinson was found to have a small amount of marijuana and 18 ecstasy pills on his person as he tried to board a plane back to the U.S. He was taken to appear before a magistrate, pleaded guilty, and paid a $1000 fine before leaving the country.

We just welcomed a beautiful & healthy son into the world. Jared, Arabella and I couldn't be happier!

Owen Wilson to become a father for the second time.
Actor Owen Wilson ("Midnight In Paris," "Wedding Crashers") is set to become a father again, this time with Caroline Lindqvist, his former personal trainer. People reports that the couple is not 'together', however, Wilson is involved with the pregnancy. Wilson already has a son, Robert Ford, age 2, with his ex-girlfriend, Jade Duell.

MasterChef finalist found dead.
Josh Marks, who was a finalist on the reality television series, Master Chef, was found dead on Friday October 11. People reported that Chicago police found Marks' body, which had a gunshot wound to the head, and ruled it a suicide. Relatives on the scene allegedly told police that Marks suffered from bipolar disorder and schizophrenia.

Lindsay Lohan gets inked.
Actress Lindsay Lohan ("Georgia Rule," "Mean Girls") posted an Instagram photo of herself getting a tattoo by Staino, a graffiti artist, on Sunday October 13. She later tweeted a photo of the finished product:

ok here's the final product, from me to you - xL http://t.co/gv9x7YOkzb

In other Lohan news, she was recently spotted out and about in New York with socialite Gavin Doyle, with whom she had previously had a falling out after she lied to police that he was driving her Porsche when it hit a truck last year.

Find out who Zoe avoids on Hart of Dixie, and read Soap Stars In Beacon Hill The Series to discover which Daytime actors are involved in this new online project.