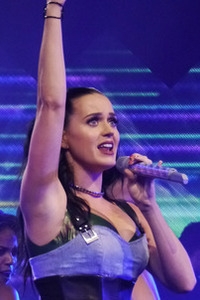 Soaps.com has an annual holiday movie special for the week of October 21, as well as episode teasers, casting, a character’s retirement puts an actor on recurring, the CW extends episodes for three of its new shows, renewals, an interview with two FOX actors and more in our latest Primetime Dish column…

Almost Human:
Interview! Soaps.com sat in during a conference call with the FOX series’ Karl Urban (John) and Michael Ealy (Dorian). When asked if the actors added anything extra to their individual roles, Urban stated, “For the most part what you see on screen is what’s on the page. We’re really blessed with having an amazing team of writers headed by Joel. The wonderful thing about the process is that if Michael and I feel like we have something to contribute we are working in an environment where it is welcomed. So we will do what’s in the script and on the page, but then also we have the freedom to try one for ourselves.” Ealy also shared, “I would say kind of the same thing. What we’re able to discover every day that we go to work about these characters has been – there is a significant amount of off-the-page intrigue, again, in establishing this world that we’re not – we can’t use sense memory. We’re in a world that doesn’t exist yet, and I think that has been probably one of the more interesting components in terms of trying to understand what we’re doing and where this thing is heading.”

Arrow:
In the CW’s Wednesday October 23 8:00 PM episode titled “Broken Dolls,” Lance learns that Barton Mathis broke out of prison and is back torturing and murdering women. The plan to catch the criminal goes awry when Felicity offers herself as bait. Laurel is kidnapped by Mathis, who plans to murder her in front of Lance. District Attorney Adam Donner seeks the death penalty in Moira’s case, and Roy is asked to help find the Canary.

Beauty And The Beast:
Trust is an issue in the CW’s October 21 9:00 PM episode titled “Liar, Liar.” Monday episode teasers: Catherine and Vincent play a clever game of cat and mouse while tracking a mysterious beast and keeping their individual agendas a secret. Cat receives a bombshell from Heather, and Gab is confronted by Tess.

Eastbound & Down:
In HBO’s Sunday October 27 10:00 PM episode titled “Chapter 26,” April and Kenny agree to go to couples therapy, and Stevie helps to map out a new business venture in order to capitalize on Kenny’s stock.

Girls:
The HBO series will return with back to back episodes on Sunday January 12. Tune in for season three beginning at 10:00 PM.

Glee:
The FOX series is on hiatus until Thursday November 7. Until then read our Glee Spoilers to find out what’s ahead, and read Soaps.com Glee Recaps, posted each Thursday after the show airs.

Grey’s Anatomy:
Read our Grey’s Anatomy Spoilers to find out who continues to feel guilty in ABC’s Thursday October 24 9:00 PM episode titled “Map Of You.” Soaps.com posts recaps weekly after the show airs.

Hart Of Dixie:
It's all about getting back in the game during the CW's October 21 8:00 PM episode titled "Take This Job And Shove It." Monday episode teasers: Zoe tip-toes around BlueBell, trying to avoid a confrontation with Brink, and is faced with a non-compete clause that prevents her from practicing in the town for a year. Lavon needs Brick's help in order to woo the owner of a minor league baseball team. Lemon tries to overthrow the Belles' current leader and ends up in hot water, and George is forced to call Zoe due to a medical issue.

Hello Ladies:
In HBO's Sunday October 20 10:30 PM episode titled "The Dinner," Stuart realizes that straight women frequent gay clubs and ditches Wade in order to go to one with Jessica, and Wade and Kives have a fun night at Stuart's house.

Hot In Cleveland:
Jason Priestley ("90210") has been cast to play Corey Chambers in a guest starring role when the TV Land series returns with season five in 2014. Look for the actor to appear in scenes with Valerie Bertinelli (Melanie).

iHeart Radio Katy Perry Special:
On Friday October 25 at 9:00 PM the CW will air a special to celebrate Katy Perry's new album release "Prism." Perry will perform live and take part in a Q&A session with host Mario Lopez ("The Bold And The Beautiful's" ex-Dr. Ramirez).

Law & Order: SVU:
Richard Belzer, whose character Detective John Munch has decided to retire on the NBC show, will now appear in a recurring capacity. The actor has played the role since 1999. Of the change the actor tweeted:

OK this flood of emotion about Munch is striking a deep chord! I will miss my castmates and crew beyond words. Plus our fans are so classy!

Reign:
In the CW's Thursday October 24 9:00 PM episode titled "Snakes In The Garden," Mary and Francis are forced to put on a show to protect their alliance, and Queen Catherine plans to silence someone for good to protect her plot to destroy Mary. Watch this video interview with Anna Popplewell, who talks about her character Lola. In other news… The network has ordered three extra scripts for its new series.

Revenge:
Read Soaps.com's Revenge Spoilers to find out who has to make a decision due to the arrival of a new enemy in ABC's Sunday October 27 9:00 PM episode titled "Control." Stay tuned after each weekly episode for Soaps.com's recap.

Supernatural:
In the CW's Tuesday October 22 9:00 PM episode titled "I'm No Angel," Dean finds out that a group of angels is hunting Castiel and runs off with Sam to help, and Castiel is faced with some unexpected surprises.

Teen Wolf:
Renewed! Announced at the New York Comic-Con MTV has renewed its popular series for season four to include twelve new episodes in 2014. The series will return with the second half of season three on Monday January 6 at 10:00 PM with each episode followed by a special titled "Wolf Watch." Jill Wagner, who plays Kate, will host the talk show that will reflect on the episode, provide teasers and more fun scoops connected with the show.

The Carrie Diaries:
Season premiere! In the CW's Friday October 25 8:00 PM premiere episode titled "Win Some, Lose Some," Carrie plans to make the most of her summer living in Manhattan and meets one of the greatest loves of her life. Maggie is shut out by Mouse back in Castlebury, and Tom finds out about Dorrit's boyfriend.

The Fosters:
Renewed! ABC Family has green-lighted its new series for season two. The drama returns with new episodes, which will kick off the second half of season one, in January 2014.

Everyone at #TheFosters is back to work. This makes us so happy! pic.twitter.com/uMIjf4PJSF

The Good Witch's Destiny:
On Saturday October 26 at 9:00 PM the Hallmark Channel will air the sixth installment of its highest-rated and longest-running original movie series. Things start going awry for Cassie Nightingale's (Catherine Bell) family and friends just days before her birthday, which puts Cassie's magical powers into question. A curse descending from her great aunt could be to blame, but Cassie has to depend on her enchanting charm to keep everyone calm and pull off the party she's been waiting for! Chris Potter ("Heartland," "Y&R"), Robin Dunne ("Sanctuary"), Catherine Disher ("Saving Hope"), Matthew Knight ("Magic City") and Hannah Endicott-Douglas ("I Was A Boy") also star.

The Tomorrow People:
The network has ordered three more scripts for its other new series. In the October 23 9:00 PM episode titled "Girl Interrupted," Stephen hears that one of his classmates is in danger and turns to John and Cara for help. Feelings from Cara's traumatic past resurface, and John takes a step in order to have an advantage in finding new break-outs.

Be sure to read our latest Soaps.com's Venice The Series Season Four Episode Eleven Recap, posted each Wednesday, to find out what Gina told Guya about Owen.