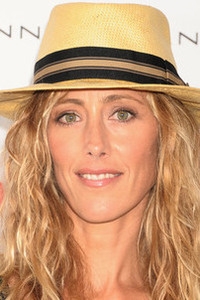 Soaps.com has a few renewals and cancellations for the week of October 14, as well as episode teasers, casting, a “Castle” star jumps networks, a series cuts back its cast and more in our latest Primetime Dish column…

24: Live Another Day:
Kim Raver (“Revolution,” “Grey’s Anatomy”) will appear as Audrey Raines, a role she played on “24” from 2004 to 2007, in the upcoming FOX series. William Devane (“The Dark Knight Rises”) will also return as James Heller. Stay tuned for the series premiere date.

Arrow:
In the CW’s Wednesday October 16 8:00 PM episode titled “Identity,” Oliver finds out thieves are hijacking the hospital’s medicine and argues with China and Ben. Laurel makes plans to catch Arrow, and Roy is arrested while trying to stop the thieves and receives an ultimatum from Thea.

Beauty And The Beast:
Feelings resurface in the CW’s October 14 9:00 PM episode titled “Kidnapped.” Monday episode teasers: Vincent kidnaps Cat, which turns out to complicate his mission, and JT, Tess and Gabe team up to help Cat.

Boardwalk Empire:
In HBO’s Sunday October 13 9:00 PM episode titled “The North Star,” after Nucky and Margaret reunite in New York City, he reconnects with Sally Wheet in Tampa. Richard Harrow makes a confession to Paul Sagorsky, who encourages him to return to Julia and Tommy. Agent Knox discovers a way to gain Eli’s trust. Lucky Luciano gets spooked by Vincenzo Petrucelli, which causes Meyer Lansky to go it alone on the Tampa land deal, and Maitland is at the brunt of Chalky’s frustrations.

Cold Justice:
Renewed! The freshman TNT crime drama has been renewed for season two, which will consist of ten new episodes in 2014. Tune in Tuesdays at 10:00 PM until the October 22 season one finale.

Dallas:
Season three will return to TNT with all new episodes in early 2014. Read about “90210” alum AnnaLynne McCord’s Dallas role.

Eastbound & Down:
In HBO’s Sunday October 20 10:00 PM episode titled “Chapter 25,” a threat to Gene is followed through by Kenny. Stevie arranges a charity to promote during Guy’s goodwill ‘dragon boat’ race, and Toby digs deep to find the courage to feed his new pet.

Extant:
Halle Berry (“The Call”) will star in the upcoming summer 2014 CBS series, which follows an astronaut (Berry) who tries to reconnect with her husband and son after returning home from a year-long solo mission in space. Of the series Berry stated, “I’m always on the lookout for amazing roles and when you see material that contains this strong of auspices, nuance and complexity it compels me to run toward it no matter the medium. For five months a year I’ll get to live with and play this incredibly intelligent and vulnerable woman, and for the remainder of the year I’ll continue to look for other roles that move me as deeply as this one. I’ve found amazing partners in CBS’s Nina Tassler and Les Moonves and the incredible Steven Spielberg, along with his Amblin production team, whose vision and creativity in storytelling is unparalleled.”

“Halle is the type of award-winning actress you dream of collaborating with for an event project such as ‘Extant’,” said Nina Tassler, President of CBS Entertainment. “Her talent and ability to immerse herself into every performance has created memorable roles that have resonated with audiences everywhere. It’s a big coup for CBS to have Halle star in her first television series, especially with such an exciting original concept and a role layered with mystery and humanity.”

Girl Meets World:
Teo Halm, who was cast to play Elliott Matthews in the upcoming Disney Channel series, was released from the role. The actor shared the news via Twitter:

So guys, Disney decided that it wouldn't work to have an older brother on the show; I won't be on Girl Meets World. Thank you to everyone❤️

Glee:
The FOX series will not be seen on Thursday October 17. Read our Glee Spoilers to find out about the new characters set to appear this season and read Soaps.com’s Glee Recaps, posted each Thursday after the show airs.

Hello Ladies:
In HBO’s Sunday October 13 10:30 PM episode titled “The Date,” Stuart becomes unhinged after his first date with Annie. Amelia lands a major film role. Jessica demands that her agent find her an immediate audition, and Wade sets up an emergency-alert system for his friends.

Mike & Molly:
The CBS series will return with new episodes on Monday November 4 at 9:00 PM.

Reign:
Pilot episode! In the CW's season premiere on Thursday October 17 at 9:00 PM, Mary Stuart arrives in France after spending her childhood hidden away in a monastery to secure Scotland's strategic alliance. Bash complicates her efforts, and the Queen is determined to save her son regardless of how many others will pay with their lives. This episode will repeat on Friday October 18 at 8:00 PM.

Revenge:
Read Soaps.com's Revenge Spoilers to find out what Victoria does to protect her future in ABC's Sunday October 20 9:00 PM episode titled "Mercy." Stay tuned after each weekly episode for Soaps.com's recap.

Suits:
Patrick Fischler ("Californication," "Lost") will appear in a guest starring role in the second half of season three as A. Eliot Stemple. The USA Network series returns this winter.

Supernatural:
In the CW's Tuesday October 15 9:00 PM episode titled "Devil May Care," Sam is shocked to see that Dean has kidnapped Crowley. Kevin is convinced that Crowley is needed to find the demons on earth, and Abaddon makes plans to take over hell.

The Blacklist:
Pick-up! NBC has picked up the series and will deliver twenty-two episodes to viewers during its freshman run. Tune in Mondays at 10:00 PM, as James Spader stars as Raymond Reddington.

The Night Shift:
Scott Wolf ("V," "Party Of Five") will guest star as a surgeon named Scott Collins in four episodes of the new NBC medical series. Look for the actor to first appear in episode four of the upcoming 2013/2014 season.

The Originals:
Someone is betrayed in the CW's October 15 8:00 PM episode titled "Tangled Up In Blue." Tuesday episode teasers: Klaus and Rebekah join forces and ask Sophie for help in order to unravel Marcel's empire. Read more of The Originals Spoilers.

The Simpsons:
Renewed! FOX has renewed its longtime series, and America's longest running animated sitcom, for a twenty-sixth season.

The Tomorrow People:
The plan is to break out in the CW's October 16 9:00 PM episode titled "In Too Deep." Wednesday episode teasers: John refuses to help Stephen. Cara plans to go behind John's back, and Ultra tracks down someone who has been using powers to commit crimes.

We Are Men:
Canceled. After just two episodes CBS has canceled its freshman series. "2 Broke Girls" will move into its Monday 8:30 PM timeslot.

Be sure to read our latest Soaps.com's Venice The Series Recap: Season 4 Episode 10, posted each Wednesday, to hear why Ani was drinking vodka.