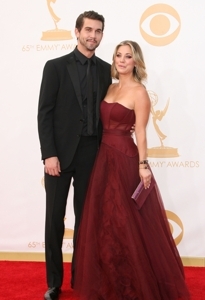 This week there is a variety of celebrity news tidbits including stars helping good causes, an ultimatum from Oprah and more…

Cory Monteith death investigation concluded.
The British Columbia Coroner’s Service finished their investigation into the death of “Glee” actor Cory Monteith which confirmed that he died from accidentally overdosing on a mix of alcohol and heroin. The report mentioned two empty bottles of champagne and glasses, a spoon with drug residue, and a used hypodermic needle were found in Monteith’s hotel room. Video footage showed that he had gone to his hotel room alone.

Justin Bieber creates controversy in China.
Singer Justin Bieber continued to be a controversial figure in the media when photos came to light of the Biebs being carried on the shoulders of two men, allegedly his bodyguards, while on the Great Wall of China. There’s been no word on the circumstances surrounding the photos, but speculation and criticism immediately followed. Bieber was in China as part of his Belieber tour.

Brent Daugherty mugged after Dancing With The Stars episode.
“Pretty Little Liars'” Brent Daugherty had a successful night on the “Dancing With The Stars” dance floor on September 23, but it was all downhill from there. After being dropped off outside his apartment, Daugherty was mugged at gunpoint before he could reach home. The shaken actor told People he was robbed of a pair of workout pants, two T-shirts, dance shoes, a toothbrush and his cell phone.

Zac Efron speaks out about rehab.
Just weeks after news broke about Zac Efron’s stint in rehab, the “High School Musical” actor broke his silence to thank fans for their support. He posted this on Twitter:

Hey guys! Just returned from an incredible trip to Peru with my dad and wanted to thank you all for your support the… http://t.co/VJShhgWTuE

Aaron Paul raises big money for charity.
Emmy Award-winning actor Aaron Paul (“Breaking Bad”) used his celebrity status for good by helping raise over $1.8 million for his wife, Lauren Parsekian’s anti-bullying charity, The Kind Campaign, which raises awareness of bullying amongst girls. Paul tweeted his gratitude for his fans’ support of the cause:

We raised nearly 1.8 million for @kindcampaign. That is because of all of you. Words can't express how unbelievably grateful I am. #iLoveU

Kaley Cuoco is engaged.
After just three months of dating, Kaley Cuoco (“The Big Bang Theory”) has agreed to marry tennis player, Ryan Sweeting, according to People. The happy couple made their red carpet debut in September at the 65th Annual Emmy Awards.

Boy Meets World star writing memoir.
According to The Hollywood Reporter, Danielle Fishel, who played Topanga on “Boy Meets World,” is writing her memoir, entitled Normally, This Would Be Cause For Concern, which is scheduled for release in the Fall of 2014. Fishel, age 32, is also busy taping spin-off, “Girl Meets World,” which heralds the return of Topanga, who is now married to Cory Matthews (Ben Savage).

Robert Pattison dating Sean Penn’s daughter?
A source confirmed to People that “Twilight” actor, Robert Pattison, has been dating model Dylan Penn, who is the daughter of actor Sean Penn (“Mystic River,” “Milk,” “Fast Times At Ridgemont High”) and Robin Wright (“Moneyball,” ex-Kelly Capwell, “Santa Barbara”). The pair has reportedly been seen out and about together in Hollywood. Pattison and his “Twilight” co-star, Kristen Stewart, broke up back in May.

Jonas Brothers weigh in on Miley Cyrus.
In a recent interview with Out Magazine, singing brothers Joe and Nick Jonas spoke about Miley Cyrus' ("Hannah Montana") now infamous twerking performance at the VMAs. While Joe said it 'wasn't his favorite performance' of Cyrus', Nick enjoyed it, calling the pop star 'smart'. It wasn't all good though; Nick came out against twerking, which he referred to as 'just done'.

it's a girl. the tiny new empress of my everything. she's immaculate. we're delirious.

Oprah warns Lindsay Lohan to get her act together.
It seems Oprah Winfrey decided to pay Lindsay Lohan ("Herbie Fully Loaded") a personal visit after she was a no-show on the set of her new OWN reality TV series. Check out the video clip for details:

Drake and The Game collaborate for charity.
Rappers Drake and The Game ("Marrying The Game") teamed up to donate $20,000 to an Ohio woman, Anna Angel, whose five young children were killed when their trailer home went up in flames while Angel was at work. According to People, another $2,500 was donated by The Game's reality show production company @51minds.

Read which Soap Opera Stars are in Acting Dead, and find out if Hallmark Channel's Cedar Cove was renewed.

Paramount+ Programming: The TV Shows & Films That Will Stream On ViacomCBS Service

Riverdale Recap: School Is In (and Archie and Betty Are Officially On)