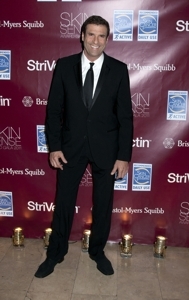 Casting news in September included exits, interesting casting calls, reality star appearances, and some returns. Get the details below:

All My Children:
Check out Soaps.com’s All My Children season one finale recap: Fill The Void, and stay tuned for the season two return date and further casting news.

The Bold And The Beautiful:
“B&B” put out a casting call this month for an actor of any ethnicity to play the role of Tom, a man in the 40 – 50 year age range who likes stirring up drama. The role of Karen Spencer is also being recast. September saw the return of Todd McKee as Jake, and “The Bachelor’s” Jake Pavelka as the Forrester pilot. Additional reality star appearances were announced for October. “Big Brother’s” Rachel Reilly, Brendon Villegas, Jeff Schroeder and “Survivor’s” Malcolm Freberg will return in their previous roles on October 24 and 25, and another popular personality from the most recent season of “Big Brother” is also slated to play a DJ on those same dates. Find out who it is through The Bold and the Beautiful Comings & Goings.

Days of our Lives:
In “DOOL” September casting news, Javier Grajeda, who played Benny back in 2001-2002, debuted as Dr. Sanchez, Dee Dee Rescher began her run as Rory’s mother, and Nadia Bjorlin appeared as Chloe for two episodes. It was announced that Jerry Penacoli would be returning as Miles Malloy after a 13 year absence, that Guy Wilson was replacing Chandler Massey as Will Horton, and that another “DOOL” actor had decided to quit. Find out who is leaving through Days of our Lives Comings & Goings.

General Hospital:
In September "GH" put out a casting call for a blonde-haired, blue-eyed little girl, age 5, for a recurring, under-five part. She will interact with many cast members. Jeffrey Vincent Parise began airing as Carlos this month, and the return of a very popular actress/character is imminent, as she is slated to be back on screen in October. Find out who she is through General Hospital Comings & Goings.

The Young And The Restless:
"Y&R" put out a casting call for a never-before-mentioned cousin, Andrew Abbott. In his mid to late 30s, Andrew is well-educated and good-looking. Zack Conroy had another brief crossover from "B&B" as Oliver, and Miles Gaston Villanueva made waves as handsome Father Martin. Also in September, Myk Watford of "Law & Order: SVU" fame was cast as Womack, a thirty-something prisoner, for an upcoming multi-episode arc, and two ex-"Guiding Light" actresses were hired to come aboard. Elizabeth Dennehy was cast as Laura Flannery, and will appear in October, while November will bring the debut of a new character named Kelly. Find out which former "GL" actress will be playing the non-contract role through The Young and the Restless Comings & Goings.

Find out who will help GH's Ava, and which Daytime actors will be on The Price Is Right.