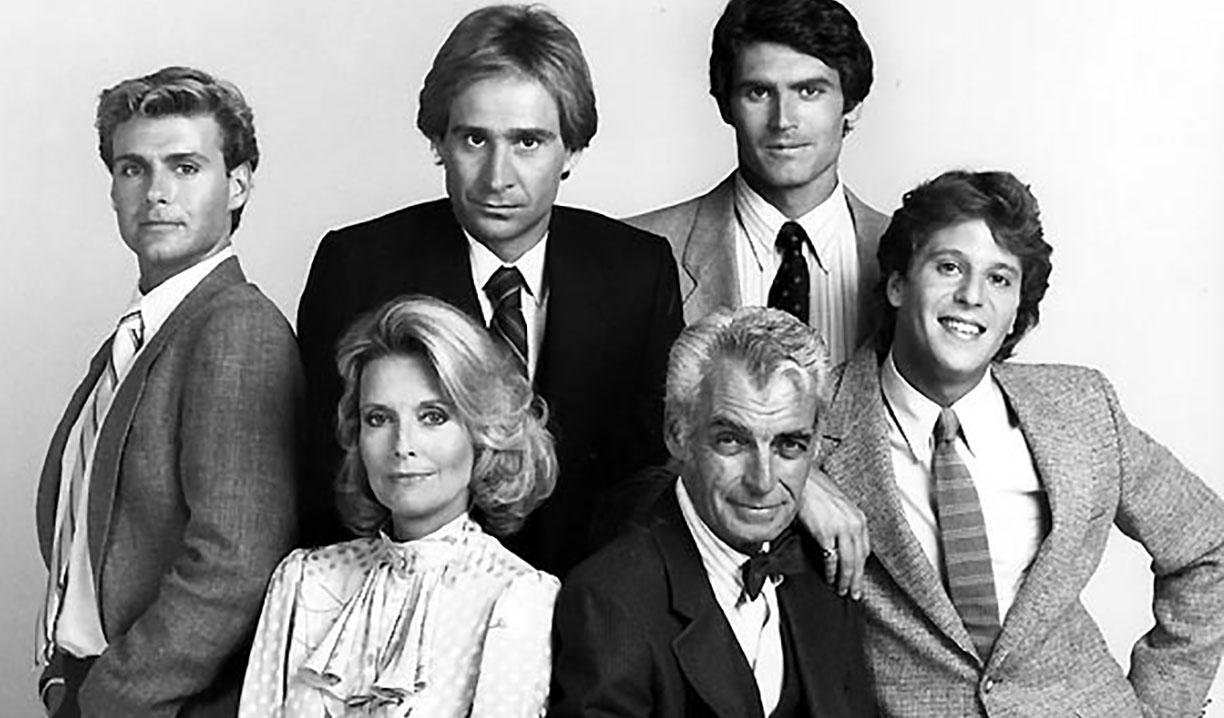 “Capitol” was the epitome of everything 80s – big hair, big politics, and big egos. Revolving around politics in Washington, the show was set in the fictional suburb of Jeffersonia. The show premiered as an hour long primetime special before moving to its 30-minute daytime slot.

“Capitol” was all about glitz, glamour and greed, and for a while, it worked. But after just five years the show was canceled to make room for “The Bold And The Beautiful.” Still, we remember the mudslinging and love feuds that made “Capitol” a fun afternoon diversion.

The story:
When the show began, Clarissa was a widow with five children, and her rival Myrna would not let go of her hatred for Clarissa for marrying the love of her life 30 years earlier. She began her revenge by spreading rumors that Clarissa’s father, Congressman Judson (Rory Calhoun), was a communist. From there, she was determined to keep her daughter Julie from marrying Tyler McCandless (David Mason Daniels, Dane Witherspoon), but even after much meddling and a bout of amnesia, the couple still managed to make it down the aisle. Unfortunately, the two were separated by the end of the show as the focus on “Capitol” shifted from their tragic romance to Trey and Sloane Denning (Debrah Farentino), whose 1984 wedding was filmed on location at the Jefferson Memorial.

The ratings game:
After an incredibly high following out of the gate, “Capitol” settled itself in the middle of the ratings pack. But by the end of 1985, CBS affiliates began dropping the show in favor of local or syndicated programming. This caused the ratings to go into a freefall and the lead writer at the time, Henry Slesar (“The Edge Of Night”) left in February 1986. He was replaced by former actor James Lipton (“Inside the Actors Studio”) who radically changed the storylines and personalities of the characters of the show.

Its last year on the air, “Capitol’s” drop in ratings were so severe the writing was on the wall. Many people blamed the wildly unpopular storylines for driving away what was left of the loyal viewers. CBS lost faith in the series and the head of the network’s daytime programming actively looked to replace it with something else. He requested submissions from industry vets, making it no secret “Capitol” was on the outs. In December 1986, CBS officially announced the cancellation of the political sudser and that they would be premiering Bill and Lee Phillip Bell’s new sister show for “The Young And The Restless,” “The Bold And The Beautiful,” in its place.

In order to accommodate the premiere of “B&B,” production had to be put on fast forward as the cast and crew of “Capitol” were getting the boot from their studio. They had to do the last two month’s worth of shows in just one.

The end:
For the end of the show, Sloane was paired with Arab Prince Ali (Peter Lochran) while Clarissa was unsure if back-from-the-dead Baxter really was who he said he was. It was then revealed that Clarissa and Baxter’s son, Matt (Shea Farrell; Christopher Durham), was really Prince Ali’s brother, adopted by Baxter. The show ended with a cliffhanger as Sloane paced in front of a firing squad in the Middle East after trying to run the country of Baraq when her husband was kidnapped. The show’s final words were “Ready, aim…” – and then the screen went black.

Capitol Trivia:
* “Capitol” was the first soap opera produced in Los Angeles since “The Young And The Restless,” which began production in 1973.

* No one on the show was ever nominated for a Daytime Emmy.

* Before she could be seen writhing on the hood of a jaguar in Whitesnake boyfriend David Coverdale’s music video for “Here I Go Again” in 1987, Tawny Kitaen played Meredith Ross on “Capitol.”

* The show had the highest budget of any 30-minute soap ever. The ballroom set in the premiere episode cost $100,000 alone.

* By the end of the first year, show creators and head writers Stephen and Elinor Karpf were replaced by husband-and-wife John William and Joyce Corrington, who had previously created the “Another World” spinoff, “Texas.”