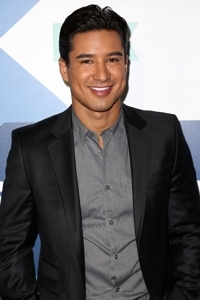 This week in the world of celebrities there is controversy, new music, and quite a lot of baby news!

Josh Duhamel and Fergie become parents.
The Black-Eyed Peas’ Fergie, and her husband, Josh Duhamel (“Transformers,” “Las Vegas,” ex-Leo DuPres, “All My Children”) became the parents of a new baby son on August 29. Axl Jack Duhamel weighed in at a healthy 7 lbs. 10 oz.

Chaz Bono weight loss.
Former Dancing With The Stars contestant, Chaz Bono, appeared on “The Doctors” this past week to share news of his successful bid to lose weight. Bono, offspring of superstar, Cher, and her first husband, the late Sonny Bono, weighed in at 250 lbs. at his heaviest, and has lost 65 lbs. thus far. Bono is expected to return to the show at a later date for another reveal.

and yes… @justinbieber gives u some new music in October until December and then a special movie on Christmas.

Miley Cyrus’ naked video beats One Direction’s record.
The controversy surrounding Miley Cyrus’ antics continued this week with the release of her Wrecking Ball music video, in which she appears completely naked. Yep. While many find it as appalling as her twerking at the VMA’s, Cyrus called for a stop to the negativity, and pointed out that the video had broken the record for most hits in a 24-hour period, previously held by One Direction’s single, Best Song Ever. Cyrus celebrated on Twitter when the record was smashed – it actually ended up getting over 19 million hits:

We broke the record 🙂 We hit 12.3 million on vevo 🙂 keep watching #wreckingballonvevo thank you Smilers ??❤

Jordana Brewster’s new arrival.
Actress Jordana Brewster (“Dallas,” “Fast Five,” “Another World”), and her husband, Andrew Form, recently welcomed their first child into the world, according to People. The couple’s new son arrived via surrogate and the pair is said to be ‘overjoyed’.

Emily Blunt and John Krasinski’s pregnancy news.
Emily Blunt (“Looper,” “The Five Year Engagement”) and “The Office’s” John Krasinski have announced that they are expecting a baby together, and according to People, it’s due in a few months. The pair married in 2010, and this is their first child.

Oscar De La Hoya enters rehab.
Boxer Oscar De La Hoya issued a statement to media on Tuesday September 10 saying that he had voluntarily signed himself into a facility for treatment. De La Hoya, who first talked about his substance abuse issues to the Los Angeles Times two years ago, will not attend his promotion company's big match on Saturday September 14 when Floyd Mayweather Jr. fights Canelo Alvarez.

Sharon Osbourne's big secret.
The ladies of "The Talk" have been discussing secrets this past week, and Sharon Osbourne let loose with an unexpected reveal on the Monday September 9 episode - when she was 25 years old she had a fling with none other than "The Tonight Show's" Jay Leno! Osbourne clarified that although she had met her future husband, Ozzy, by then, they were not yet together.

Britney Spears' bikini photo.
Performer Britney Spears has been spending time in the desert making a new video entitled, "Workbitch." She took some time to Tweet about the desert heat, and that she'd be doing some tanning in between takes. On the second day of shooting, the singer, who's been working with a personal trainer, tweeted this pic:

Lindsay Lohan back to clubbing in New York.
Actress Lindsay Lohan ("Herbie Fully Loaded") has only been out of her latest stint in rehab for a short time, but TMZ is reporting that while attending New York City Fashion Week, she partied at a club called Raven. Apparently, she also had in tow a man she referred to as her new boyfriend. There was no word on whether or not she was drinking.

Patrick Stewart is married.
Patrick Stewart of "Star Trek" and "X-Men" movie fame, tied the knot with his longtime girlfriend, Sunny Ozell, according to People. Ozell is a singer/songwriter from Brooklyn. Stewart shared the news of the Saturday September 7 nuptials via Twitter:

Thandie Newton is expecting her third child.
Baby number three is on the way for Thandie Newton ("The Pursuit of Happyness," "ER") and her husband, director/producer, Ol Parker, according to People. The couple has been married since 1988 and already has two children, Ripley, age 13 and Nico, age 8. The pregnancy was announced at the Toronto International Film Festival, where Newton was promoting her film, "Half of a Yellow Sun."

Watch a video clip of the Hollyoaks actors' best wishes to Ashley Taylor for Strictly Come Dancing, and find out when Baby Daddy returns.