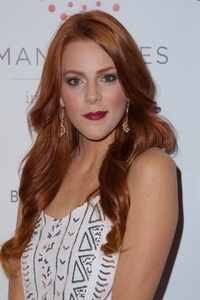 Soaps.com has premiere dates for the week of September 16, as well as teasers, casting, including a Daytime newcomer to the CW, a DVD release, a CBS special you don’t want to miss and more in our latest Primetime Dish column…

Arrow:
Cynthia Addai-Robinson (“Spartacus: War Of The Damned”) will appear in episode six of the upcoming season as Amanda Waller. For now, on Wednesday September 18 at 8:00 PM the CW will air a repeat of its May 8, 2013 episode titled “Darkness On The Edge Of Town.” Be sure to tune in on Wednesday October 9 at 8:00 PM for all new episodes.

Beauty And The Beast:
Amber Skye Noyes, who plays “One Life To Live’s” Michelle, has been cast in the CW series to play Tori. She’ll appear in at least three episodes, beginning in episode four. Look for her character, the daughter of a powerful beast, to be rescued by Vincent (Jay Ryan) and Cat (Kristin Kreuk). Season two returns on Monday October 7 at 9:00 PM.

Excited to announce I'll be playing Tori on CW's #beautyandthebeast next season! Thank u for the warm welcome! @BatBWriters #BeastFANmily

Bones:
The FOX series returns with new episodes on Monday September 16 at 8:00 PM. Take a look at what’s in store…

CBS Fall Preview:
Tonight, Thursday September 12 at 8:30 PM, CBS will air a special to give viewers an inside look into some of the network’s new fall shows. Included in the special will be behind-the-scenes moments and cast interviews for those involved in “We Are Men,” “Hostages,” “The Crazy Ones,” “The Millers” and “Mom.”

CSI:
Matt Davis (ex-Alaric, “The Vampire Diaries,” “Cult”) will appear in a recurring role sometime in October during the CBS series’ fourteenth season. Look for him to play the son of a well-respected fireman. In other news… Season thirteen was released on DVD on Tuesday September 17 and can be purchased at various online venues and retailers near you. Fans will enjoy extras such as multiple exclusive behind-the-scenes featurettes, cast interviews and commentaries.

Dads:
Tune in on Tuesday September 17 at 8:00 PM for the FOX series that explores the ups and downs of the father/son relationship.

Dexter:
In Showtime’s Sunday September 15 9:00 PM episode titled “Monkey In A Box” Dexter has two choices… To either take out Saxon or flee the country with Harrison and Hannah.

Enlisted:
Fox’s new fall comedy which surrounds three brothers stationed at the same Army base has cast Mircea Monroe (“Hart Of Dixie”). The actress will guest star sometime during season one as an entertainment booker for the troops. Tune in on Friday November 8 at 9:30 PM for the premiere.

Glee:
Read our spoilers for details into the new characters on Glee, as well as teasers, and stay tuned as Soaps.com returns with season five recaps beginning on Thursday September 26.

Graceland:
Renewed! The USA network has renewed its series for a second season, which will contain thirteen new episodes. Tune in tonight, Thursday September 12, at 10:00 PM for season one’s finale.

Grey’s Anatomy:
Read our spoilers to find out if Grey’s Anatomy’s Dr. Richard Webber is alive and return on Thursday September 26, as Soaps.com will deliver a new season of recaps posted after the show airs.

Hannibal:
Cynthia Nixon (“World Without End,” “The Big C”) will play Kade Prurnell during season two of the NBC series.

Last Man Standing:
The new season of the ABC series premieres on Friday September 20 at 8:00 PM.

Melissa & Joey:
The ABC Family series will air new episodes, beginning in December, to include an all new Christmas special.

Once Upon A Time In Wonderland:
Veteran actor Keith David ("The Bible") will voice the Cheshire Cat in ABC's "Once Upon A Time" spin-off. Tune in for the premiere to first hear the actor at 8:00 PM on Thursday October 10.

Scandal:
Though Paul Adelstein ("Private Practice") has landed a recurring role during season three, which returns to ABC at 10:00 PM on Thursday October 3, details surrounding his character are being kept hush-hush. Stay tuned!

Sleepy Hollow:
The new FOX mystery-adventure drama will premiere on Monday September 16 at 9:00 PM. Watch a preview of what's to come.

The Good Wife:
Jason O’Mara ("Vegas") will appear during season five in the recurring role as a lawyer named Colin. Tune in for the CBS show's return at 9:00 PM on Sunday September 29.

The Killing:
Canceled. AMC has canceled its series and won't return for season four.

The Neighbors:
Friday September 20 at 8:30 PM will kick off another funny season of the ABC series.

The Originals:
Video interview! Watch the interview below as Phoebe Tonkin, who plays Hayley, talks about her character and where things stand with Klaus (Joseph Morgan). Tune in for the CW's "The Vampire Diaries" spin-off on Thursday October 3 at 9:00 PM.

Tomorrow People:
Simon Merrells ("Spartacus: War Of The Damned") has landed a recurring role as someone very powerful on the new CW series. Tune in for its freshman run at 9:00 PM on Wednesday October 9.