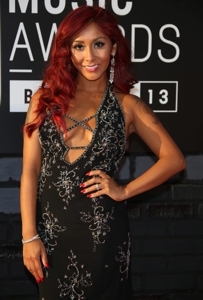 This week brings several celebrity weddings and engagements, Bieber made another headline, there was some huge casting news announced, and much more…

Justin Bieber attacked in Toronto nightclub?
Justin Bieber was grabbed by a man in Toronto nightclub, Uniun, when he left the VIP area to greet fans around 3:00 AM Saturday August 31. Bouncers pulled the man in question to the ground and reports indicated that the Biebs had been attacked. Later, however, The Toronto Star reported that the club’s operations manager said the ‘small’ man was a fan trying to get a photo with the singer, and that he wasn’t being aggressive. Regardless, Bieber reportedly lost a gold chain worth $40,000 in the melee. Ouch!

Clint Eastwood and wife split.
Clint Eastwood (“Bridges of Madison County,” “Gran Torino,” “Dirty Harry”) and wife, Dina (“Mrs. Eastwood & Company”), are ending their 17 year marriage, according to People, which also confirmed the couple has been living separately for some time. The pair has a daughter, Morgan, age 16, together.

Austin Mahone’s driver test drama.
Pop singer Austin Mahone took the road test for his driver’s license on Wednesday September 4, and the 17 year-old failed…twice! The drama began to unfold on Twitter when the young entertainer posted that he’d failed his first test, noting that the instructor had asked him to stop singing. About an hour later, Mahone tweeted that he was allowed to take it again. Unfortunately, that didn’t work out any better. He tweeted:

So maybe it wasn’t just the singing? Better luck next time!

Dennis Rodman back to North Korea.
Basketball player/celebrity, Dennis Rodman, has once again headed to North Korea for a visit with the country’s leader, Kim Jong-un, who is reportedly a big basketball fan. The pair initially hit it off on Rodman’s promotional visit to North Korea in February. Rodman was questioned by media about whether or not he was making the trip to negotiate the release of jailed American missionary, Kenneth Bae, but insisted that wasn’t his reason for visiting.

Lance Bass’s proposal.
People reported that former N’SYNC band member, Lance Bass, popped the question to his partner, Michael Turchin, at the gates of Jackson Square in New Orleans this past weekend. Bass took to social media to share the news that Turchin had accepted his proposal:

Lindsay Lohan skips Venice Film Festival.
Lindsay Lohan did not attend the Venice Film Festival to promote her new thriller, “The Canyons,” however, the apparent no-show was not as it seemed. Lohan posted a message with regard to the event on her website, which stated, “I was never confirmed to attend. Of course, I would have enjoyed returning to that wonderful city and being a part of this amazing event, but my focus is on my health and well-being. Plain and simple, it is of the utmost importance.”

Simon Cowell's baby fever.
Daddy-to-be, Simon Cowell, who is expecting his first child with Lauren Silverman, ex-wife of one of his former best friends, has been making it clear to the media that he is excited about the prospect of fatherhood. He recently saw an ultrasound scan of the baby, which he described as 'just surreal'. He told The Times in London that he is feeling 'very paternal' and is 'very happy', and was pictured beaming while holding up a onesie with his photo on it. Cowell also indulged in baby talk on the ITV's morning television show, saying that the little one would arrive in time for the March premiere of his upcoming stage production, "I Can't Sing! The X Factor Musical," and joked that he'd timed it so the baby could attend.

E.L. James reveals 50 Shades of Grey actors.
Author E.L. James, who wrote the popular book, 50 Shades of Grey, took to Twitter to reveal (finally!) the name of the actor and actress who would play the lead roles in the film adaptation of the novel. She posted:

I am delighted to let you know that the lovely Dakota Johnson has agreed to be our Anastasia in the film adaptation of Fifty Shades of Grey.

The gorgeous and talented Charlie Hunnam will be Christian Grey in the film adaptation of Fifty Shades of Grey.

After all the time taken to fill these roles, were the right choices made? Share your opinion with Soaps.com by casting a vote:

A.J. Buckley and his wife are expecting.
A.J. Buckley ("CSI: NY") and his wife, Abigail Ochse confirmed to People via a representative that they are expecting a baby girl early in 2014. Buckley is set to co-star with Katherine Heigl ("Grey's Anatomy") in the upcoming movie, "North Of Hell."

Get the scoop on who knows EastEnders' Shirley's secret. Find out what Breaking Bad's Walt has planned.