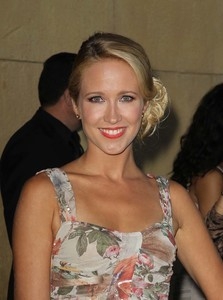 Soaps.com has an improv comedy special for the week of September 9, as well as teasers, a CBS casting switcheroo, a big HBO cancellation, a new DVD box-set and more in our latest Primetime Dish column…

Baby Daddy:
Lucy Hale, who plays “Pretty Little Liars'” Aria Montgomery, will appear in a guest starring role when the ABC Family series returns with season three in 2014. Hale will shoot her scenes sometime in November. However, character details are unavailable at this time.

Boardwalk Empire:
In HBO’s Sunday September 8 9:00 PM season four premiere episode titled “New York Sour” Nucky attempts to make peace with Joe back in 1924. Gillian fights for custody of her grandchild. A Federal Agent gets up to speed with the goings-on in Atlantic City, and the Capones make their presence known.

Brooklyn Nine-Nine:
Interview! Soaps.com sat in on a conference call with Andy Samberg, who will be playing Jake Peralta in the new FOX series that premieres on Tuesday September 17 at 8:30 PM. When asked about the differences of playing on the cop comedy verses on “Saturday Night Live” Samberg stated, “It’s better in that, for me any way, it’s much less stressful because the hardest part of ‘SNL’, for me, was having to create something new every week. And with this I have, basically just scripts handed to me every week that are already great and a bunch of jokes that are already written, which is the hardest part of comedy, in my opinion. So in that regard it’s been a lot less stressful for me.”

Colin & Brad: Two Man Group:
On Tuesday September 10 at 8:00 PM the CW will air the one-hour special starring “Whose Line Is it Anyway’s” Colin Mochrie and Brad Sherwood. Viewers will be able to watch the improv comedy, which is normally sold out nationwide, from the comfort of their own homes.

CSI:
Bethany Joy Lenz (“Dexter,” “One Tree Hill”) will guest star as a mother of two in the 300th episode of the CBS series on Wednesday October 23. “90210” alum Jason Priestley (ex-Brandon Walsh) will also turn up in the milestone episode as a casino tycoon. The new season begins on Wednesday September 25 at 10:00 PM.

Dexter:
In Showtime’s Sunday September 8 9:00 PM episode titled “Goodbye Miami” Dexter and Dr. Vogel attempt to get the Brain Surgeon ‘on the table’, and Dexter watches as someone important to him is murdered.

Game Of Thrones:
Newcomer Hafthor Julius Bjornsson will take over the role of Gregor ‘The Mountain’ Clegane, previously played by Conan Stevens (“Spartacus: War Of The Damned”) and Ian Whyte (“Hercules: The Thracian Wars”). Season four of the HBO series returns sometime in 2014.

For all my fans! I am happy to tell you that I will be THE MOUNTAIN In season 4 In Game Of Thrones 🙂

Glee:
Read our spoilers for details into how Finn Hudson will be written out of Glee, and who will return for the tribute, during the third episode of season five, which airs on Thursday September 26 at 9:00 PM.

Grey’s Anatomy:
Read our Grey’s Anatomy Spoilers to find out which four actors have been promoted to series regulars and tune in for season ten beginning on Thursday September 26 at 9:00 PM.

Haven:
Season four of the Syfy series returns on Friday September 13 at 10:00 PM with the episode titled “Fallout.” Watch a preview of what’s to come below.

How I Met Your Mother:
Casting change-up! Back in July it was reported that Ellie Kemper (“The Office”) would guest star on the CBS series. TVLine has learned exclusively that Kemper’s guest starring role as Cassie will now be played by “True Blood” actress Anna Camp. Tune in on Monday September 23 at 8:00 PM for the show’s return and Camp’s first appearance.

Nashville:
Will Chase (“Smash”) has been cast as a country music singer named Luke. Season two of the ABC series returns at 10:00 PM on Wednesday September 25.

Once Upon A Time:
Gil McKinney (“Perception,” “Friday Night Lights”) will appear in a multi-episode arc during season three in the role of Prince Eric. Look for him in the sixth episode titled “Aerial.” The new season kicks off on ABC at 8:00 PM on Sunday September 29.

Scandal:
"Friends" alum Lisa Kudrow will appear in a recurring role as a politician during season three on the ABC series, which returns on Thursday October 3 at 10:00 PM.

Spartacus: War Of The Damned:
September 3 DVD release! The complete third and final season of the Starz original series is now available on DVD at a store near you and through many online venues. Fans will enjoy all ten episodes, behind the scenes footage, bonus features and much more!

The Glades:
Cancellation. A&E has cancelled its series, which recently aired its season four finale.

The Good Wife:
John Noble, whose character Matthew Ashbaugh was murdered on the CBS series, will reappear sometime during season five. Tune in for the season premiere on Sunday September 29 at 9:00 PM.

The Newsroom:
Jeff Daniels, who plays Will McAvoy on the HBO series, took to Twitter to announce that the series will be returning for season three. The series airs at 10:00 PM on Sundays with season two set to wrap up on September 15.

It's official. #Newsroom coming back for a Season 3.

The Vampire Diaries:
September 3 box-set release! This week the complete season four DVD box-set, including five discs, was released and can be purchased at various stores and online venues. For now, on Thursday September 12 at 8:00 PM the CW will air a repeat of its May 2, 2013 episode titled The Vampire Diaries: She's Come Undone.

True Blood:
Canceled. HBO announced on Tuesday that the upcoming season seven of their vampire series will in fact be their last. Look for ten new episodes to return next summer before the show, which premiered on September 7, 2008, ends its run.

Under The Dome:
In CBS' Monday September 9 10:00 PM episode titled "Exigent Circumstances" the manhunt for Barbie continues. The town demands justice for Barbie's alleged crimes, and Norrie and Joe look for a new hiding place for the little dome.

Be sure to read our latest Soaps.com's Venice The Series Recap, posted each Wednesday, to find out what Brandon and Guya were arguing about.