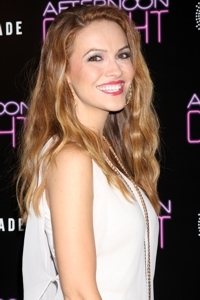 Casting news for August included some new casting calls, some exits, and some returns. Get the details below:

All My Children:
“AMC” will air its season one finale on Monday September 2. Be sure to check out Soaps.com’s All My Children Daily Updates section for the recap after it airs. Stay tuned for the season two return date and further casting news.

The Bold And The Beautiful:
August had Jeff Schroeder of “Big Brother” fame appearing in a guest stint as a janitor/production assistant on the set of Rafael’s web series, Room 8. In other casting news, the show is still looking for ‘Harper’, a Caucasian male, 5’11” or taller, in his mid-forties, who is a handsome upscale businessman from a wealthy family, and is also looking to cast another role, this one a younger member of a core family. Find out who it is, and how the character is described through The Bold and the Beautiful Comings & Goings.

Days of our Lives:
In Salem, August brought the end of Sean Douglas’ run as Vargas, and Chrishell Stause first appeared as Jordan. Fans also learned on August 27 that a decision had been made to replace Chandler Massey as Will immediately. Find out more on that, and Eileen Davidson’s upcoming departure through Days of our Lives Comings & Goings.

General Hospital:
"GH" fans learned in August that Kimberly McCullough will reprise her role of Robin in the fall. Also, Jeffrey Vincent Parise was cast as Carlos, and the show put out a casting call for the contract role of an African American female 25–27 year old to start shooting in September. The character is a woman who can change the dynamics of a room just by entering it. Last but not least, Kelly Sullivan wrapped up her role as Connie. Keep up with new casting notes through General Hospital Comings & Goings.

One Life To Live:
Read the One Life To Live season one finale recap: Ready Or Not, Here I Come, and stay tuned for the season two return date and further casting notes.

The Young And The Restless:
August in Genoa City saw Erin Chambers finish up as Melanie and Michelle Stafford exit her longtime role of Phyllis. "Y&R" announced that Robert Gant will play the role of David Sherman, son of Mitchell Sherman, who will read Katherine Chancellor's will. The return of Michael Damien (Danny), Lauralee Bell (Christine), Tricia Cast (Nina), Patty Weaver (Gina), Adrienne Frantz (Amber), Beau Kazer (Brock), and Corbin Bernsen (Father Todd) were announced as those who will make guest appearances during Katherine's memorial early in September. The show also issued a casting call for a new lead role. They are seeking a strong, preferably brunette actress, to play 'Ally', who is 20-24 years old. In the last week of August, viewers learned that a fan favorite will be returning for three episodes in late October. Find out who it is through The Young and the Restless Comings & Goings.

Get the scoop on Miley Cyrus' controversial VMA performance. Find out details about "How I Met Your Mother's" Alexis Denisof's role on Grimm.