Hollyoaks:
Spoiler alert: Mercedes is shocked to hear what Dr. Browning did to Cindy and Lindsey. The horror continues as she eavesdrops on the doctor plotting to kill Myra. She runs off to tell Myra and the McQueens everything. Returning to Browning, she claims that she is on his side and wants her mom dead. That fools him and she manages to get the details on the planned killing before it's too late. While this prevents Myra's death, it unleashes Browning's wrath. He locks her in the bathroom and storms off to shoot Myra. Once the deed is done, he heads back to finish off Mercedes, but they fight for the gun and she runs for her life.

Vincent contemplates having his homosexuality 'cured'. George tries to put a stop to that and urges him to just be himself. This leads to them kissing. Unfortunately, Vincent's girlfriend, Phoebe, catches them and it doesn't go over well. Meanwhile, Robbie tells the Roscoes that his uncle tried molesting him. They begin planning revenge but soon get some disturbing news about the uncle.

Take a look at how this summer winds down on "Hollyoaks."

Home and Away:
Spoiler alert: Although he's not too sure about what Hannah has been telling him, Zac heads over to the Sanctuary Lodge. Meanwhile, things are getting a tad uncomfortable at Irene's. After Chris starts to cause a stir, she decides to explain a thing or two to him. And Brax discovers who is to blame for Casey's accident. As he ponders whether or not to take revenge, things are looking worse for Casey by the day. Tamara wants to help him out but their past might get in the way.

Get to know the Barrett brothers in these special webisodes from "Home and Away."

Neighbours:
Spoiler alert: As Hudson is brought in for questioning, the guilt starts to overwhelm Lucas. Once the cops turn their attentions on him, he quickly betrays Toadie and Sonya. They're furious. She attempts to scheme up a plan to get Toadie out of the quagmire but it only makes things worse. Meanwhile, Mason turns up to offer Lucas a lifeline.

Mason has a busy week. When he isn't breaking into Robbo's laptop to clear things up, he's asking Kate to have a baby with him. It takes her a while to realize that he is actually serious. And Amber is serious about not giving up on Joshua. He's busy trying to get the residents of Erinsborough involved in a treasure hunt, but what will they actually find?

Be sure to let your opinion be heard by voting in this week's Soap Opera Polls. And then learn how Genoa City reacted to Katherine's death on Y&R. 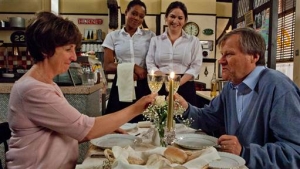 Credit: Moira could lose the men in her life. (ITV)

Sinead may have a hard time forgiving Chesney on “Coronation Street.” Alfie is not happy to hear that Ronnie is on her way out on “EastEnders.” Steve turns the charm on for Nicola on “Emmerdale.” Ziggy has some romantic problems on “Hollyoaks.” Pippa is running out of time to get treatment on “Home and Away.” And Teresa learns Imogen’s secret on “Neighbours.”

Coronation Street:
Spoiler alert: Thanks to Jason’s frazzled behavior, Dev starts to suspect that something is up. While he is keeping his eyes on Karl, Beth and Kirk are busy keeping a lookout on Craig. Hoping to get to the bottom of her son’s strange behavior, Beth confronts Karl about why he has suddenly taken an interest in the boy. Craig can’t handle all of the stress and runs away.

Roy stays close by Hayley’s side as she goes in for her operation. They share some anxious moments together before she is sent into the operating room. Roy waits in dread to hear how things went and has to return to the street with bad news.

EastEnders:
Spoiler alert: Determined to be rid of Max, Carl decides to offer Phil a deal which will help them both get something they want. Phil is reluctant but he needs the cash. As he and Carl drive off together, they get into an accident and Carl is left at death’s door. Phil isn’t doing too well either. He is thrown through the windshield and rushed to the hospital. Hearing that he’s in a bad way, Shirley decides to break into Phil’s place and steal back what she thinks is rightfully hers.

Lauren’s hopes for a friendship with Jake take a downturn when she gets on his nerves at counseling. Meanwhile, Danny gets on Michael’s nerves after he makes an impressive deal. And Jay tries making a deal with Lola to keep his secret, but she may not be able to keep her gob shut, even if that means ruining things for Jay and Abi.

Emmerdale:
Spoiler alert: Once he thinks he’s cornered his blackmailer, Cameron sets to work on framing someone for Alex’s murder. Everything goes to plan and someone is soon arrested. Cameron doesn’t have time to breathe a sigh of relief, however, because his blackmailer won’t back down. Meanwhile, in spite of Victoria’s warnings, Amy is still determined to get close to Kyle and pulls a plan together to make it happen.

Rhona worries that she has lost Paddy for good. Going cold turkey makes withdrawal from her addiction even harder and Paddy has to call some people in to help him deal with her. Across the village, Steve tries to throw some support behind Declan, but no one else seems keen to do it. Declan gets desperate to keep his head above water. Adam starts to think that Declan has set him up. He insists that he’s innocent but no one is keen to help him either. 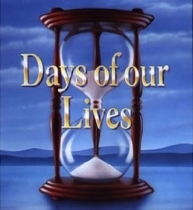 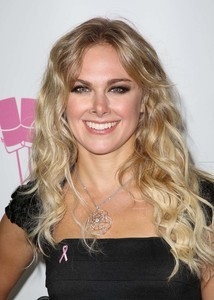