Once Upon A Time:
JoAnna Garcia Swisher ("Animal Practice") has been cast to play a mermaid named Ariel in the ABC series' upcoming season three. Look for the actress in at least two episodes when the show resumes at 8:00 PM on Sunday September 29.

Revenge:
Read our Revenge Spoilers for a look at what's ahead when season three returns in September.

Supernatural:
On Wednesday August 28 at 9:00 PM the CW will air a repeat of its November 28, 2012 episode titled "Hunteri Heroici."

The Following:
James McDaniel ("Orange Is The New Black") will appear in a recurring role during season two of the FOX series, set to air in 2014, as FBI Agent Ken Phillips. In other news… Jessica Stroup ("90210") has landed a series regular role as a NYPD Intel Specialist named Max.

The Middle:
Rachel Dratch ("The Awesomes," "Fish Hooks") will appear in a guest role as a middle-school principal. Stay tuned to ABC when the series returns with a new season on Wednesday September 25 at 8:00 PM.

The Newsroom:
On Sunday August 25 at 10:00 PM in the HBO episode titled "Red Team III" Rebecca looks into the events that led to CAN's fateful decision, in regards to Jerry's special report, and the post-air revelations that undermined its credibility. Repercussions threaten to ruin 'News Night' with upcoming breaking news as the 9/11 anniversary approaches.

The Originals:
Watch this new CW video preview of "The Vampire Diaries" spin-off, which premieres on Thursday October 3 at 9:00 PM.

Welcome To The Family:
NBC's new fall comedy, which premieres on Thursday October 3 at 8:30 PM, has cast two former "Desperate Housewives" castmates. Ricardo Chavira will appear as Chuey Hernandez, while former "The Young And The Restless" actress Eva Longoria (ex-Isabella) will play a teacher. Watch a preview below.

Be sure to read our latest Soaps.com's Venice The Series Recap, posted each Wednesday, to find out whose fingerprints were found on a murder weapon. 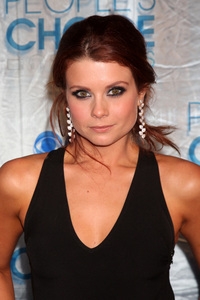 Soaps.com has more CW repeats as the shows prepare for their upcoming season premieres, as well as teasers, casting, a ‘desperate’ reunion, a “China Beach” DVD release, Lindsay Lohan lands another post-rehab gig, and more in our latest Primetime Dish column for the week of August 26…

Arrow:
Bex Taylor-Klaus (“The Killing”) will play Sin in the CW series’ third and fourth episode of season two, which returns on Wednesday October 9 at 8:00 PM. For now, on Wednesday August 26 at 8:00 PM the network will air a repeat of its April 3, 2013 episode titled “Unfinished Business.”

Brooklyn Nine-Nine:
Andy Richter (“Arrested Development”) will guest star on the new FOX series, which stars former “One Life To Live” actress Melissa Fumero (ex-Adriana). Keep an eye out for the actor, who will play a doorman, sometime during the first part of the season, which premieres at 8:30 PM on Tuesday September 17.

China Beach:
DVD release! Fans of the series that aired on ABC from 1988 to 1991 are in for a treat. On October 1 the complete season one will be available on DVD for $22.95 at various online venues and retailers. The release will consist of three DVDs to include Dana Delany (Colleen McMurphy) and Chloe Webb (Laurette Barber) interviews, a featurette with the creators and cast reuniting and reminiscing about the show, more interviews, behind-the-scenes footage, the 25th Anniversary Reunion and more!

Community:
Jonathan Banks (“Breaking Bad”) has been cast to play Criminology Professor Pat Nichols in a multi-episode arc during season five of the NBC series.

Dexter:
In Showtime’s Sunday August 25 9:00 PM episode titled “Make Your Own Kind Of Music” Dexter searches for clues surrounding a murder, and someone from Dr. Vogel’s past reappears and stuns the doctor.

Eastbound & Down:
Lindsay Lohan (“The Cannons,” “Anger Management”) will guest star during the last season of the HBO series, which returns on Sunday September 29. Though there is no word on her character name, the actress will play the daughter of one of the regular characters.

Glee:
Read our “Glee” spoilers for details into Demi Lovato’s Glee role, as well as more scoops for the upcoming season.

Grey’s Anatomy:
James Remar (“Dexter”) will turn up during season ten. Read our Grey’s Anatomy Spoilers for that and more, including which big name will be exiting the show.

Hawaii Five-0:
Free concert! Nick Jonas of The Jonas Brothers will guest star in an episode of the series sometime this fall as a computer hacker. To celebrate the show’s season four return to CBS on Friday September 27 at 9:00 PM, The Jonas Brothers will perform live in concert, free to the public, at Sunset on the Beach in Waikiki immediately following a special season four premiere in Hawaii on Thursday September 26.

“Sunset on the Beach in Waikiki is all about the fans, and we couldn’t think of a better way to say ‘mahalo’ than premiering our show again at this beautiful venue,” said Peter Lenkov (executive producer, “Hawaii Five-0”). “This year we are excited to take it up a notch and have the Jonas Brothers do their first-ever performance in Hawaii at our premiere! We know fans will enjoy this very special night.”

Nikita:
TVLine is reporting that Judd Nelson (“The Breakfast Club”) will appear as an undercover operative during the show’s final season. Stay tuned for further details when they are released. 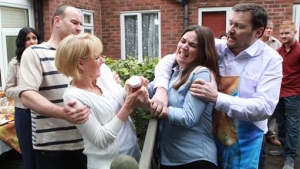 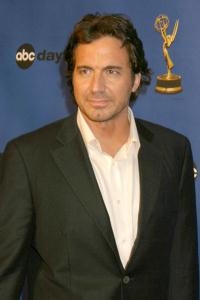