Chris Brown retiring?
Singer Chris Brown took to Twitter on Tuesday August 6 to let followers know that his new album, "X," which is due out on August 20, may just be his last. The tweets, which have since been removed, expressed that he was tired of being famous for a mistake he made when he was 18. That would be in reference to the 2009 assault of then-girlfriend, Rihanna.

Lea Michele returns to Glee.
Actress Lea Michele ("Glee"), who is grieving the sudden death of Cory Monteith, returned to the set of the show where her on screen love became her off screen love as well. Michele tweeted:

Oprah speaks out on Paula Deen scandal.
Oprah addressed the Paula Deen racism scandal during a recent interview with "Entertainment Tonight." Watch the video below for more:

Honey Boo Boo's father's medical crisis.
Alana "Honey Boo Boo" Thompson's father, Mike Thompson, aka, Sugar Bear, has been suffering from a medical ailment that causes him to become dizzy and pass out. The family pursued testing at the Mayo Clinic in Jacksonville, and Mama June has kept fans and friends updated via social media. Sugar Bear's prognosis is yet to be revealed. This was the most recent post on Twitter:

Jus wanna say thanks for all the love, support, prayers for SugarBear! More rest tomorrow will update soon! #prayersforsugarbear

Drake on Amanda Bynes' tweets.
At long last, Drake addressed the tweets directed at him by troubled Amanda Bynes in an interview with XXL Magazine. The tweets ranged from complimentary to derogatory to sexually vulgar. Drake referred to the tweets as 'a little weird and disturbing'.

Terrence Howard abuse allegations.
TMZ is reporting that Michelle Ghent, ex-wife of Terrence Howard ("The Butler"), has come forward with allegations of abuse by the actor, which are accompanied by photographic evidence. Ghent alleges that Howard hit her, and then knocked her down and kicked her repeatedly during a dispute last week in Costa Rica. Howard claims she made up the story to cause him damage.

Read Soaps.com's Pretty Little Liars Recap: Into The Deep to find out who was found in the lake. Find out who doles out money to keep Emmerdales' Katie quiet. 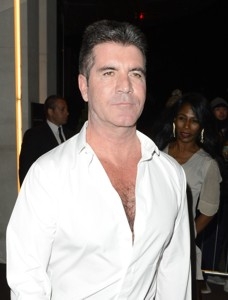 This week in celebrity news there is a paternity scandal, abuse allegations, a pop star speaking out, and much more…

Simon Cowell in pregnancy drama.
Simon Cowell found himself embroiled in a bit of a scandal recently when news broke that The X Factor judge was expecting a child with socialite, Lauren Silverman. It turns out that Silverman is the wife of Cowell’s good friend, Andrew Silverman, and the paternity news came to light when Cowell was named in a divorce petition filed by the real estate mogul against his wife. Cowell, age 53, does not appear to dispute, or be unhappy about, the claim. He told People, “There are a lot of things I will eventually clear up when the time is right, but I really have to be sensitive because there’s a lot of people’s feelings involved here.”

Jack White denies violence allegations.
Rocker Jack White of The White Stripes is denying claims that he is violent after his wife, Karen Elson, succeeded in getting a restraining order against him, citing the need to protect herself and their two young children. In White’s rebuttal, he claims that Elson had left the children with him for 10 days while she traveled, prior to the restraining order of July 17.

Usher’s son in pool accident.
People reported that five year-old Usher Raymond V, was taken to the hospital following an incident at Usher’s home in which the boy tried to free a toy from a pool drain and his arm became stuck. Two male employees on site were able to free him and CPR was given. On the heels of the incident, TMZ is reporting that Usher’s ex-wife, Tameka Foster, may be making an attempt to regain custody of the boy, as well as their other son, Naviyd Ely, age 4.

Jack and Lisa Osbourne expecting second child.
Ozzy and Sharon Osbourne’s (“The Talk”) son, Jack, along with his wife, Lisa, are expecting another child. Lisa Osbourne announced on RaddestMom that she is in her second trimester. The new addition will join older sister, 15 month-old Pearl.

Dustin Hoffman beats cancer.
Oscar-winner Dustin Hoffman’s (“Meet The Fockers,” “Tootsie”) representative revealed to People that he has been surgically cured of an undisclosed type of cancer that was detected early. He will undergo treatments to prevent a re-occurrence.

Lady Gaga takes on Russia.
Pop star and activist, Lady Gaga, took to Twitter recently to speak out in support of the rights of the LGBT community in Russia. She posted:

The Russian government is criminal. Oppression will be met with revolution. Russian LGBTs you are not alone. We will fight for your freedom. 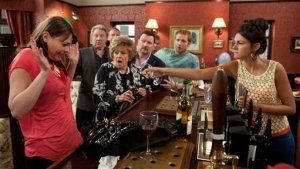