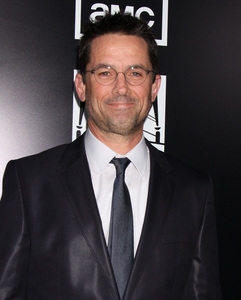 Soaps.com has Comic Con announcements and video previews for the week of July 29, a change in a big FOX season return date, as well as casting, teasers, and more in our latest Primetime Dish column…

Castle:
Yancey Arias, who played “One Life To Live’s” Emilio Gonzales from 1994 to 1997, has been cast to play Carl Villante in the first two episodes of season six. The ABC series returns at 10:00 PM on Monday September 23.

Dexter:
In Sunday’s July 28 9:00 PM Showtime episode titled “This Little Piggy” the Brain Surgeon and Dr. Vogel come in contact. Debra and Dexter work to keep someone safe, and Masuka finds out he has a daughter.

Glee:
Premiere delay. Due to the sad passing of Cory Monteith the network and the FOX show producer have moved back the season five premiere date to Thursday September 26 in order to rewrite scenes. Read our Glee Recaps for a refresher of last season’s episodes.

Person Of Interest:
Amy Acker, who has played Root/Caroline Turing since 2012, has been bumped up to a series regular. Tune in for the CBS return on Tuesday September 24 at 10:00 PM.

Reign:
Shawn Doyle ("Vegas") will play the role of Claude in the CW's new series, which premieres on Thursday October 10 at 9:00 PM. The series surrounds the early years (1557 France) of Mary, Queen of Scots. Watch a preview below.

Revenge:
Karine Vanasse ("Pan Am") has been cast to play Margaux when season three returns on Sunday September 29. Also look for Diogo Morgado ("The Bible") as Dr. Jorge Velez in the premiere. Read our Revenge Recaps to catch up on last season before the new one returns.

Sons Of Anarchy:
The FX series will return with season six on Tuesday September 10 at 10:00 PM.

Supernatural:
Fans of the CW series will be excited to know that the network is planning a spin-off, based on a new character who will appear sometime in the show's upcoming season nine. Stay tuned for the excitement, as the season kicks off at 9:00 PM on Tuesday October 15.

Teen Wolf:
Season three will resume on January 6, 2014, after its mid-season finale airs on Monday August 19, as announced by MTV at a recent Comic-Con event. Take a look at what's in store through this exciting trailer below.

The Carrie Diaries:
The CW has cast Lindsey Gort ("Vegas") as Samantha Jones. The series returns on Friday October 25 at 8:00 PM.

The Millers:
Nelson Franklin ("Veep," "New Girl") has been cast in a lead role on the new upcoming CBS series, which premieres on Thursday September 26 at 8:30 PM. Watch the series promo below for an idea of what's ahead.

The Mindy Project:
Adam Pally ("Happy Endings") has signed on to play a new OB/GYN doctor for a multi-episode arc. Season two returns to FOX on Tuesday September 17 at 9:30 PM.

The Originals:
Watch the trailer for the new CW "The Vampire Diaries" spin-off, released at this year's Comic Con.

The Vampire Diaries:
Visit Soap.com's spoiler page for a special Vampire Diaries Comic Con video preview of everything that's led up to what's yet to come. Season five premieres on Thursday October 10 at 8:00 PM.

The Walking Dead:
AMC will bring back its series for season four on Sunday October 13 at 9:00 PM, as revealed at Comic Con.

Trophy Wife:
The role of Hillary (previously played by Gianna LePera) has been recast. Bailee Madison ("Once Upon A Time," "Just Go With It") will step into the ABC role. Tune in for its freshman run on Tuesday September 24 at 9:30 PM.

True Blood:
In HBO's Sunday August 4 9:00 PM episode titled "Dead Meat" Sookie has to decide whether or not to broker a deal between Warlow and Bill. Jason and Violet get to know each other at vamp camp. Sarah takes extreme measures to keep Tru Blood flowing, and Alcide's decision will impact Nicole and Sam's futures. Also, find out what's in store for the rest this season through the newly released Comic Con trailer below and tune in Sundays at 9:00 PM on HBO.

Young Hollywood Awards:
On Thursday August 1 starting at 8:00 PM the CW will air the two-hour award ceremony special to honor the Hollywood stars of tomorrow. Though the host and list of honorees has yet to be revealed, the event will broadcast from The Broad Stage in Santa Monica, California.

Read how this past soap opera began, which famous faces appeared in it and more through Soaps.com's Soap Opera History: The Doctors.