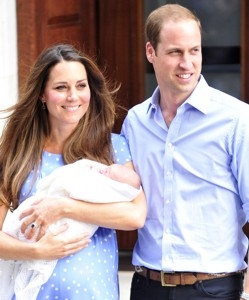 This week in celebrity news there were babies galore, a possible mental health crisis continued, and happily, a large amount of money was raised for a great cause…

Amanda Bynes held for mental check.
Authorities hospitalized troubled actress Amanda Bynes (“She’s The Man”) on Monday July 22 after they attended a small fire she allegedly set in the driveway of a Thousand Oaks, California home. An eyewitness told E! Online that he saw a person in the driveway who looked like Bynes with a gas can and the leg of her sweatpants on fire. He claimed she managed to extinguish the fire on her pant leg and took off to get in a taxi as neighbors gathered and 911 was called. The eyewitness said police cars followed the taxi. Bynes apparently met the criteria for a mental health ‘5150’ hold and was taken for evaluation. Bynes, who has been acting out on social media and had numerous other recent scrapes with the law, was allowed to be held for 72 hours, however, TMZ has reported that officials will apparently request a two-week extension, and that Bynes’ parents may take this opportunity to petition a judge to grant them legal control.

Royal delivery.
Prince William and the Duchess of Cambridge welcomed a newborn son into the world on July 22 at 4:20 PM local time. His Highness Prince George Alexander Louis of Cambridge weighed 8 lbs. 6 oz. and made his first appearance on the front steps of the hospital the following evening. Tweets welcoming the new babe popped up from all sorts of celebs and politicians. A few samples:

"So pleased to congratulate The Duke and Duchess of Cambridge on the joyous occasion of the birth of their first child." —President Obama

Congratulations to Will and Kate on the birth of their baby. A king is born.

Dennis Farina dead at 69.
Actor Dennis Farina (“Law & Order,” “Snatch”) passed away on Monday July 22 in Scottsdale, Arizona from a blood clot in his lung. Farina, a former Chicago police officer, is survived by three adult children from his marriage to Patricia Farina, and his longtime love, Marianne Cahill. Following his death, Farina’s doctors confirmed he had been undergoing treatment for lung cancer. Actor Joe Mantegna (“Criminal Minds”) tweeted:

Words cannot express how I feel about the passing of my dear friend Dennis Farina. He was like a brother to me. I'm in shock..

Cyrus reconciliation.
According to E! Online, Miley Cyrus’ (“Hannah Montana”) parental units, Billy Ray and Tish Cyrus, have decided to try and salvage their marriage. The pair began attending couples therapy to get help proceeding with their divorce in a way that was healthiest for their kids, but apparently came to the realization that they wanted to give it another shot. Billy Ray filed for divorce in June. The duo has been married 22 years.

Jesse Tyler Ferguson ties the knot.
Jesse Tyler Ferguson (Mitchell, “Modern Family”) wed his partner, Justin Mikita, on Saturday July 20 in New York. One of the celebrities in attendance was So You Think You Can Dance’s Nigel Lythgoe, who took to Twitter following the ceremony and posted:

Michael Moore petitions for divorce.
After 21 years of marriage, Oscar-winning director Michael Moore ("Fahrenheit 9-11," "Bowling For Columbine") has filed for divorce from his wife and sometimes collaborator, Kathleen Glynn.

It's a girl for Jimmy Fallon and wife.
People reported that "Late Night" host, Jimmy Fallon and his wife Nancy Juvonen Fallon welcomed a new addition to the family on Tuesday July 23 - a baby daughter! Fallon, who is set to take over "The Tonight Show" from Jay Leno, has been married to Nancy, who is Drew Barrymore's ("50 First Dates," "ET") partner at Flower Films, since 2007. This is the first child for the pair.

Anna Chlumsky's new daughter.
Anna Chlumsky ("Veep," "My Girl") and hubby, Shaun So, welcomed a baby daughter, Penelope Joan So, into the world on Thursday July 11. Chlumsky recently received a Primetime Emmy nomination in the category of Best Supporting Actress in a Comedy Series for her role of Amy Brookheimer in "Veep."

Dierks Bentley raises funds for Arizona firefighters' families.
Dierks Bentley's Country Cares concert, which took place in Phoenix, Arizona the night of Monday July 22, raised nearly half a million dollars for the families of 19 Arizona firemen killed last month. Randy Houser, David Nail, and The Band Perry also performed, and Brendan McDonough, the only survivor from the firefighting crew, was invited to join Bentley on the stage for the presentation of the fundraising proceeds.

Glee to go on after Cory Monteith's death.
According to reports from TMZ, "Glee" creator, Ryan Murphy, says the show will go on following the tragic death of Cory Monteith (Finn). Although there has been a production delay, the series will resume taping. Murphy credits Monteith's on and off-screen love, Lea Michele (Rachael) with making the call to carry on. She apparently believed it would be best for the cast and crew to work and share their grief and remembrances together. Grief counselors will be on set. Additionally, a tribute episode to Monteith is said to be in the works. Monteith passed away Saturday July 13 in a Vancouver hotel room. His death was ruled to be an accidental overdose involving a combination of alcohol and heroin. Michele recently paid a visit to a memorial at the hotel where Monteith passed away. Watch the video clip for more: