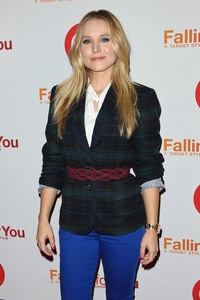 Arrow:
Summer Glau (“Alphas”) will appear as Isabel Rochev in a recurring role for season two, which returns on Wednesday October 9 at 8:00 PM. Until then, on Wednesday July 24 at 8:00 PM the CW will air a repeat of its February 13, 2013 episode titled “The Odyssey.”

Beauty And The Beast:
On Thursday July 25 the CW will air a repeat of its May 16, 2013 episode titled “Never Turn Back.”

Boardwalk Empire:
The HBO series returns with season four on Sunday September 8 at 9:00 PM. Watch the sneak peek video for what’s ahead.

Breaking Bad:
Staring on July 26 the Museum Of The Moving Image will open an exhibit called From Mr. Chips to Scarface: Walter White’s Transformation in “Breaking Bad.” Fans can enjoy props, costumes and videos from the AMC series through October 27. Visit the Museum Of The Moving Image for more details. The show returns with its final episodes on Sunday August 11 at 9:00 PM.

Castle:
Season premiere! The ABC series returns with season six on Monday September 23 at 10:00 PM. In other news… According to sources, on Friday July 12 production was halted when star Nathan Fillion (Richard Castle, “OLTL’s” ex-Joey) didn’t show up on set, possibly due to contract negotiations. However, production has since gone back to normal, with the actor back on set. Also, look for Yancey Arias (“Revenge”) to appear as Carl Villante in the first two episodes of the season.

Dexter:
In Sunday’s July 21 9:00 PM Showtime episode titled “Scar Tissue” a serial killer from Dr. Vogel’s list is tracked down. During a fight, Debra’s honor is defended by Quinn, as Vogel begins her treatment for post-dramatic stress disorder.

Grey’s Anatomy:
Season premiere! The ABC series returns with season ten on Thursday September 26 from 9:00 PM to 11:00 PM. Read our Grey’s Anatomy Recaps for a refresher of last season’s episodes.

How I Met Your Mother:
Ellie Kemper (“The Office”) will appear in a guest starring role in the CBS series’ ninth and final season as Cassie. Tune in on Monday September 23 at 8:00 PM for its return.

Melissa And Joey:
On ABC Family’s Wednesday July 24 8:00 PM episode titled “Something Happened” a romance intensifies, which causes two different reactions out of Melissa and Joey. And Ryder’s plan backfires.

NCIS:
Cote de Pablo, who has played the role of Ziva David since 2005, has decided to leave the CBS series. Fans can expect her last appearances to be at the beginning of Season 11, which returns at 8:00 PM on Tuesday September 24.

Once Upon A Time:
Return date! Tune in on Sunday September 29 at 8:00 PM for the ABC series’ season three return. In casting news, Robbie Kay (“Pirates Of The Caribbean: On Stranger Tides”) will appear in a recurring role as a member of Peter Pan’s Lost Boys.

Parks And Recreation:
Look for Kristen Bell ("House Of Lies") to guest star as a city councilwoman in an October episode in season six of the NBC show, which returns on Thursday September 26 at 8:00 PM.

Ravenswood:
Casting shake-up! Though model Elizabeth Whitson was set to play the lead role of Olivia in the "Pretty Little Liars" spin-off, Merritt Patterson ("The Pregnancy Project") has now been cast in the role. The Hollywood Reporter learned that the executive producers decided to make the change after reexamining what they wanted out of the role. Patterson was originally cast to play Olivia's former friend, Tess. Tune in to ABC Family this October for the premiere.

Revenge:
Justin Hartley ("Smallville," "Passions'" ex-Nicholas Foxworth Crane) has been cast as Victoria's (Madeleine Stowe) long-lost son Patrick. The ABC season three premiere this fall will be the first of his multi-episode arc appearances. Read our Revenge Recaps to catch up on last season before the new one returns.

Rizzoli & Isles:
In TNT's Tuesday July 23 9:00 PM episode titled "Dance With The Devil" Hope opens up. Paddy's murder trial gets underway. Korsak gives a glimpse into the past, and a secret is revealed.

Rookie Blue:
Renewal! ABC has renewed its hit series for a fifth season! Tune in Thursdays at 10:00 PM.

Season 5 confirmed! A big huge Thank You to all our amazing fans who made this happen! You renewed the blue!

Scandal:
Return date! Season three of the ABC series will return on Thursday October 3 at 10:00 PM.

The Lying Game:
Cancellation. Alexandra Chando ("ATWT's" ex-Maddie Coleman), who's played Emma Becker/Sutton Mercer on the ABC Family series since 2011, has announced via Twitter that the network has cancelled the show.

To our awesome #lyinggame fans, thank you for these two amazing seasons. Unfortunately, Abc Family has… http://t.co/FbxZLrmQSC

The Vampire Diaries:
Olga Fonda ("Nikita") has been cast in a recurring role as Nadia and will first appear in the premiere on Thursday October 10 at 8:00 PM - looking for vengeance! For now, on Thursday July 25 at 8:00 PM a repeat of the CW's February 7, 2013 episode titled Vampire Diaries: Into The Wild will air.

True Blood:
Renewed! HBO has renewed its hit vampire series for a seventh season, which will premiere during the summer of 2014. "'True Blood' remains a signature show for HBO, and a true phenomenon with our viewers," noted Mike Lombardo, President of HBO Programming. "Thanks to Brian Buckner and his talented team, the show continues to be a thrill ride like nothing else on TV." Until then, in the Sunday July 28 9:00 PM episode titled "In The Evening" Eric pledges his allegiance to Bill in order to save Nora. Sam returns to Bon Temps. Sarah seeks revenge on Jason, and Jessica shows thanks.

Twisted:
In ABC Family's Tuesday July 23 9:00 PM episode titled "We Need To Talk About Danny" a party is held at the cemetery. A secret is revealed. Danny is pressured, and Karen's job interview doesn't go well.

Witches Of East End:
Virginia Madsen ("Hell On Wheels") has been cast to appear in a multi-episode arc as Penelope Gardiner in the freshman year of the upcoming Lifetime drama.

7 Of The Biggest Celebrity Feuds Of 2020: Taylor Swift Vs. Kim Kardashian & More