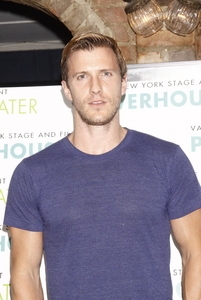 Soaps.com has a concert special for the week of July 15, as well as a wedding, casting news, episode teasers, and more in our latest Primetime Dish column…

Arrow:
On Wednesday July 17 at 8:00 PM the CW will air a repeat of its February 6, 2013 episode titled “Betrayal.” David Anders (“The Vampire Diaries,” “Once Upon A Time”) guest starred as Cyrus Vanch.

Castle:
Lisa Edelstein (“The Good Wife,” “American Dad”) has been cast to play Federal Investigator Rachel McCord for a multi-episode arc during season six of the ABC series.

Criminal Minds:
Camryn Manheim (“Harry’s Law,” “The Practice”) has landed a guest starring role as a mother in the CBS series, which returns with Season 9 at 9:00 PM on Wednesday September 25.

Glee:
Adam Lambert (“American Idol”) will be joining the FOX series when the new season returns on Thursday September 19 at 9:00 PM. Read our Glee Recaps for a refresher of last season’s episodes. Showrunner Ryan Murphy announced the casting news via Twitter.

I am thrilled to announce that the super talented Adam Lambert is joining the cast of Glee this fall.

Haven:
The Syfy series returns with season four at 10:00 PM on Friday September 13. Find out who’s ‘not giving up’ in the promo below.

Major Crimes:
In TNT’s Monday July 15 9:00 PM episode titled “Boys Will Be Boys” an investigation is underway surrounding a missing child with gender dysphoria. A dangerous bully is suspected, and Jack attempts to make up for his bad parenting.

Melissa And Joey:
On ABC Family’s Wednesday July 17 8:00 PM episode titled “The Unfriending” Joey secretly dates a friend who he asked Melissa to end a friendship with. Lennox’s competitive side shows, and Ryder’s friends want to unfriend him on various social media sites.

Mistresses:
In ABC’s Monday July 15 10:00 PM episode titled “All In” Joss moves in with April. Karen locates Detective Newsome. Dominic and Harry go toe-to-toe, and April can’t get past memories of her dead husband.

Nashville:
Chris Carmack (Will Lexington) and Lennon (Maddie Conrad) and Maisy Stella (Daphne Conrad) have all be promoted to series regulars on the ABC series. Season two was ordered back in May, though no premiere date has been released.

Revolution:
Patrick Heusinger ("Beautiful People," pictured above) has been cast in a recurring role as Adam. Season two returns on Wednesday September 25 at 8:00 PM.

Rizzoli & Isles:
In TNT's Tuesday July 16 9:00 PM episode titled "Killer In High Heels" Maura's date is killed, which makes her a prime suspect. Jan struggles with trying to protect her friend and doing right by her job.

Switched At Birth:
Joey Lauren Adams ("United States Of Tara," "Dazed And Confused") has been cast to play Nikki's (Cassi Thomson) mother for two episodes beginning on August 5. Tune in to the ABC Family series on Mondays at 8:00 PM.

True Blood:
In HBO's Sunday July 21 9:00 PM episode titled "Don't You Feel Me" Bill looks for advice on the major issues surrounding vampires and humans. Many take a closer look inside Vamp Camp. Emma's future depends on Sam. Andy gives his daughters names, and the truth about TruBlood's production is revealed.

Twisted:
In the ABC Family's Tuesday July 16 9:00 PM episode titled "Three For The Road" three people head out to Connecticut on a quest to find answers about Regina's murder. Kyle looks for Jo, and Tess and Karen grow closer during an unplanned pottery lesson.

Under The Dome:
In CBS' Monday July 15 10:00 PM episode titled "Outbreak" Chester's Mill is in a state of panic due to a meningitis outbreak, and Julia wants answers as to where her husband disappeared to.