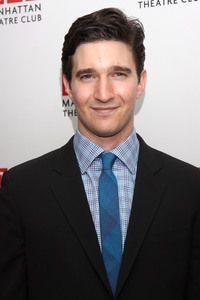 Soaps.com has the latest goings on for some former actors of Daytime cancelled soaps, “As The World Turns,” “Guiding Light,” and “Passions.” Film roles are abound, magazine features are thrown into the mix, two former castmates make things official, and more in this month’s after-Daytime column.

Jake Silbermann in Times Square Magazine:
“As The World Turns” actor Jake Silbermann (ex-Noah Mayer) recently landed on the cover of Times Square magazine. The actor talked about his Oakdale character, Noah and Luke’s (Van Hansis) love story and how his loyal fans have stayed with him even after the CBS soap opera went dark on September 17, 2010. See the cover and read Jake Silbermann’s Times Square Interview for more.

Ellen Dolan in A Place For Heroes:
Ellen Dolan, who played “ATWT’s” Margo Hughes from 1989 to 2010, will be appearing in the new film “A Place For Heroes” as Lillian. The film stars Paul Sorvino (“Jersey Shore Shark Attack”) and Sally Kellerman (“Unsupervised”) and surrounds how a daughter’s search leads to uncovering a World War II hero’s checkered past.

Valentina de Angelis in Everlasting:
“ATWT” fans will recall Valentina de Angelis from her role as Faith Snyder in 2010. The actress is starring as Jessie in the thriller “Everlasting,” which focuses on the travels of a high school filmmaker who confronts a Los Angeles man who murdered his girlfriend. Adam David (“Jack The Reaper”) also stars as Matt.

Vanessa Ray in Wisdom Teeth:
Vanessa Ray (“ATWT’s” ex-Teri Ciccone, “Pretty Little Liars'” Cece Drake) is taking part in the upcoming project “Wisdom Teeth.” Though there aren’t any character details for the actress at this time, the comedy tracks the journeys of two guys who plan to leave New York behind in order to become writers of a Los Angeles reality TV show.

Alexandra Chando in Construction:
Alexandra Chando, best known from her “As The World Turns” role as Maddie Coleman (2005 to 2010) will play Colleen in the October 30, 2013 comedy “Construction.” A story about men and the women who make them better, three guys feel stuck in their lives and remember the dreams of their youth.

Murray Bartlett in made for television movie:
Murray Bartlett (“Guiding Light’s” ex-Cyrus Foley) has been cast to appear as Dom in Michael Lannan’s untitled comedy pilot. The pilot was picked up by HBO and will follow the lives of three San Francisco gay friends.

Robert Bogue in Old 37:
What happens when two brothers hide out in their father’s old ambulance and intercept 911 calls all in the name of revenge? Viewers will find out as Robert Bogue’s (“GL’s” ex-AC Mallett) character Detective Higgins is on the case. A release date for “Old 37” has yet to be announced. For fans who don’t know, the actor is married to his former Springfield co-star Mandy Bruno, played by Marina Cooper from 2004 to 2009.

Natalie Zea and Travis Schuldt engaged.
Former soap opera actors Natalie Zea and Travis Schuldt, who met on the set of "Passions" when they played Gwen Hotchkiss Winthrop (2000 - 2002) and Ethan Winthrop (1999 - 2002), are preparing to wed. People is reporting that Schuldt popped the question in Kauai, Hawaii after ten years together. Schuldt has recently appeared on "Blue Bloods" while Zea has been seen on "The Following."

Bonnie Dennison in The Maid's Room:
After having been put on hold for quite some time, production for "The Maid's Room" has wrapped up and viewers will recognize a former "Guiding Light" actress in the cast. Bonnie Dennison, who played Daisy Lemay from 2007 to 2009, will play Alice in a story that examines complex aspects of power and how they play out on both personal and political levels.

Tom Pelphrey in Tiger Lily Road:
Fan favorite Tom Pelphrey (ex-Jonathan Randall "GL," Mick Dante, "ATWT") will turn up in the new project "Tiger Lily Road" as Ricky Harden. Though a premiere date hasn't been released the feature is sure to be interesting, as two women from a small town inadvertently capture a good-looking fugitive.

Kevin Bacon in R.I.P.D:
Did you know that Kevin Bacon ("The Following," "Footloose") played T. J. 'Tim' Werner on "Guiding Light" from 1980 to 1981? From there he went on to become one of the biggest names in Hollywood and currently stars in the new film "R.I.P.D." as Bobby Hayes. A slain cop joins the Rest In Peace Department, along with other undead cops, to set out to find the man who murdered him. The film was released on July 19 and is available in 3D.

McKenzie Westmore's Dose Of Reality DVD:
If you missed McKenzie Westmore's February 2013 release "Dose Of Reality," the film is now available on DVD. Westmore is most remembered for her nine year run on "Passions" as Sheridan Crane and also briefly appeared on "All My Children" as Dr. Riley Sinclair. In the film the actress plays Kimberly Stewart, where other characters are involved in dangerous roleplaying, which leads to an escalating game of cat and mouse. Fairuza Balk ("Masters Of Horror," "The Craft") stars. Please be advised, the official trailer below contains profanity.

Justin Hartley's downtime:
Justin Hartley, who had a four year run on "Passions" as Nicholas Foxworth Crane, spent some downtime with his daughter and posted this cute photo on Twitter. Since he left Daytime behind, the actor has appeared in many Primetime series, including "Smallville," "Hart Of Dixie," and most recently in "Emily Owens MD."

It's a family thing pic.twitter.com/xiko0TvDYC

Read Soaps.com's Pretty Little Liars Recap: The Guilty Girl's Handbook for all of the drama that went down in last night's episode, and hear about another former Daytimer's latest project, Devin Mills: Dating In The Middle Ages, which includes interviews with current and former stars.