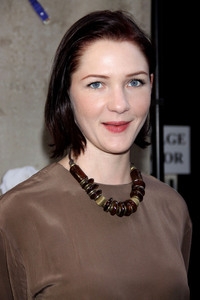 Soaps.com has teasers for upcoming episodes for the week of July 8, as well as FOX season premiere dates, a TNT renewal, casting news and more in our latest Primetime Dish column…

Bones:
The FOX series will return with its season premiere on Monday September 16 at 8:00 PM.

Cult:
Back-to-back new episodes! In the CW’s Friday July 12 8:00 PM episode titled “1987” Stuart asks Nate to decipher the copy of Kellian’s manuscript. Allegra is asked to give Jeff a message if she makes it out alive. Jeff and Skye remain in hiding. Billy holds Kelly and Meadow’s parents’ killer hostage, as Kelly tries to deal with her loss. Then at 9:00 PM in the episode titled “Executive Producer Steven Rea” Jeff promises to help Skye in regards to her missing father, and Nate convinces Jeff they need to follow this mystery to its conclusion. Only the actors know how “The Cult’s” online season finale will end. Kelly follows a lead but ends up ambushed.

Falling Skies:
Renewal! TNT has renewed its series to contain ten new episodes during season four, which will premiere in the summer of 2014. For now, in Sunday’s July 14 10:00 PM episode titled “The Pickett Line” a family of outlaws intercepts the Masons search-and-rescue mission. Conflicts of interest surround the construction of a massive alien weapon, and a roadblock erupts during an investigation to apprehend a killer.

Franklin & Bash:
In TNT’s Wednesday July 10 9:00 PM episode titled “By the Numbers” Peter and Jared represent a brilliant actuary who is accused of murder. Damien, Infeld and a Venice Beach beekeeper work together, and Peter is surprised to learn that Charlie has a daughter.

Game Of Thrones:
Pedro Pascal (“Graceland”) has been cast as Prince Oberyn Martell in the HBO series, which returns with season four in 2014.

Glee:
Heather Morris (Brittany), Harry Shum Jr. (Mike), Amber Riley (Mercedes) and Mark Salling (Puck) will not be seen in a regular capacity next season when the FOX series returns on Thursday September 19 at 9:00 PM. Read our Glee Recaps for a refresher of last season’s episodes.

Major Crimes:
On TNT's Monday July 8 9:00 PM episode titled "D.O.A." during a murder investigation the squad realizes that dark secrets are to blame for a drug bust gone wrong. Jack Raydor, Raydor's estranged husband of 25 years, appears in LA as a court-appointed attorney, and Jack becomes friends with Rusty, which leaves Sharon wary.

Once Upon A Time In Wonderland:
What was first supposed to be a thirteen episode series has now been extended. Though there is no word on how many more episodes will air the series will premiere this fall Thursdays at 8:00 PM.

Revolution:
Jessica Collins ("Zero Dark Thirty"), not the actress who plays Avery on "Y&R," has been cast to play Cynthia in a recurring role for season two of the NBC series. Look for the show to return on a new night, Wednesdays at 8:00 PM, this fall.

Rizzoli & Isles:
In TNT's Tuesday July 9 9:00 PM episode titled "But I Am A Good Girl" a body is discovered in the church during TJ's christening. Jane almost abuses her power when Stuart Stawbridge threatens to take custody of TJ, and tensions are high around the department due to budget cuts.

Supernatural:
On Wednesday July 10 at 9:00 PM the CW will air a repeat of its May 1, 2013 episode titled "The Great Escapist." Curtis Armstrong ("American Dad") guest starred.

The Carrie Diaries:
On Monday July 8 the CW will air a repeat of its February 18, 2013 episode titled "Endgame."

The Good Wife:
Melissa George ("Hunted") has landed a recurring role as Marilyn on the CBS series for season five. Also, look for Ben Rappaport ("Elementary") in a recurring role as an attorney named Carey. Tune in at 9:00 PM on Sunday September 29 for the fall premiere.

The Sopranos:
As a way to honor James Gandolfini, who passed away on June 19, HBO will offer the full series on-demand with the actor as Tony Soprano. From now through July, season one will be accessible. August will air season two, September season four and others will follow until the special ends with season six.

True Blood:
In HBO's Sunday July 14 9:00 PM episode titled "The Pain Away" Sookie has her dead parents summoned. Warlow reflects on some painful memories. Drastic measures are taken to save Pam, and Jason and Sarah reconnect.

Unforgettable:
Sendhil Ramamurthy ("Beauty And The Beast") will appear in a guest starring role as Philip the second episode of season two. The CBS series returns on Sunday July 28 at 9:00 PM.

Read Soaps.com's Soap Opera Comings and Goings for details on who is leaving Daytime behind and who will be appearing in your favorite fictional town next.