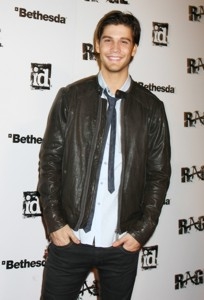 Casting news for June included some notable departures as well as some intriguing casting calls and debuts. Get the details below:

All My Children:
News came that CNN’s Jake Tapper will be making an appearance as investigative reporter, Spencer Phillips, in August. Also, in June, Michael Nader reprised his role of Dimitri Marick. Coming up in July, a popular recording artist will perform. Find out who it is through All My Children Comings & Goings.

The Bold And The Beautiful:
Viewers said a temporary farewell to Jacqueline MacInnes Wood this month as a devastated Steffy jetted off to Paris, however, she will pop up again onscreen in July for two episodes. Darin Brooks (ex-Max, “DOOL”) debuted as Hope’s new ‘Prince Charming’, Wyatt Fuller, making a notable first impression showering outdoors. Viewers also saw the debut of Raphael, a friend of Caroline’s played by Andres Zuno. “B&B” put out a casting call for ‘Fern’, a 50 – 55 year-old African American woman who is an outspoken diva and quite funny, and we learned that a former reality TV personality will be appearing again in July. Find out who it is through The Bold and the Beautiful Comings & Goings.

Days of our Lives:
Sadly, both Casey Deidrick and Chandler Massey announced plans to leave the show this month. There were conflicting reports about whether or not Drake Hogestyn has been filming at “Days,” with his daughter saying it’s not true. Patsy Pease was approached to reprise her role of Kimberly in scenes that would air in November. Anthony Tyler Quinn departed as Bernardi when the character was killed off on June 10, and Larry Sullivan debuted as George Durant this month. A casting call went out for ‘Ben’, who is in his early to mid-20s, gorgeous, Caucasian, and a country boy, either Midwestern or Southern. He’s charming, honest, and sincere…and can play guitar. They are also looking to cast the contract role of Sabrina, 17 or 18, gorgeous, Caucasian, female, shy, quiet, innocent and with a heart of gold. Last but not least, a “GH” star’s wife tweeted that their 9 year-old son would have an upcoming role on “DOOL.” Find out who it is through Days of our Lives Comings & Goings.

General Hospital:
The departure of Kelly Sullivan was announced this month; she's expected to finish up at the end of the summer. June also saw the debut of Samantha Logan as Taylor DuBois, and a casting call went out for a Caucasian male in his mid-to-late 40s. This is said to be a contract role. Happily, a "GH" vet re-committed to the soap. Find out who signed a new contract through General Hospital Comings & Goings.

One Life To Live:
"OLTL" put out a casting call for a 30 to 40 year-old confident Caucasian businessman who enjoys spending time with younger women. Also this month, Alice Callahan debuted as Jack's summer school teacher, Kate, Amber Skye Noyes first appeared as Michelle, and soap veteran, Paolo Seganti began playing Arturo Bandini. Next month, David's reality show producer will first be seen. Find out the name of the actress playing the role through One Life To Live Comings & Goings.

The Young And The Restless:
Viewers were stunned to hear that Michelle Stafford would be leaving the role of Phyllis after 16 years this month. She will last be seen onscreen sometime in August. Mishael Morgan debuted as Cane's new assistant, Hilary, in June, Sean Carrigan first appeared as Dylan's buddy, Stitch, and "The Price Is Right's" Amber Lancaster popped in to do a cameo. Also in June, viewers saw Amanda Leighton as Rachael, a goth girl who befriended Fen, and Erin Chambers as Melanie, an attorney mixing it up with Adam. It was announced that July will bring the return of Michael Graziadei as Daniel, Ted Shackelford as Jeff, and Camryn Grimes, who played the late Cassie Newman. Finally, we learned the elusive Rose will also appear next month. Find out who was cast in the role through The Young and the Restless Comings & Goings.

Vote on whether GH's Britt's baby is Patrick's. Get up to speed on 2013 Soap Opera July 4 Pre-emptions.