.@daxshepard1 will you marry me? Xo #marriageequality #loveislove”

Miley Cyrus' daddy issues.
Miley Cyrus ("Hannah Montana") was back in the news, this time after she called her father, Billy Ray Cyrus, out on Twitter. In a tweet that was later deleted, Miley threatened Billy Ray that she was giving him an hour to tell the truth, or she'd tell it for him. Accompanying the tweet was a photo of her father and a woman named Dylis Croman, who appeared in the Broadway production of "Chicago" with Miley's daddy last year. Hmm. There's no indication that Miley followed through on her threat. Interestingly enough, Billy Ray was spotted out for lunch with Miley's mom, Tish, just 10 days after divorce papers were filed.

Courtney Cox and Brian Van Holt are officially an item!

Cheating on your loved one is the most hurtful thing one could do. I hate to have to admit, that this relationship is indeed over.

Deadmau5 denies the charges, insisting, much like Ross from "Friends," that they were on a break when he had relations with another female. Gah.

Paula Deen dumped.
In the wake of Paula Deen ("Not My Mama's Meals," "Paula's Best Dishes," "Paula's Home Cooking") admitting to having used racial slurs in the past, The Food Network announced they would not be renewing her contract after 11 years. Wal-Mart also cut ties with Deen, and will no longer carry products bearing her name in their US stores. Caesars Entertainment likewise announced they had ended their association with Deen, who had buffets in four of their casinos. QVC, which sells Deen's line of cookware, has taken a watchful stance with no plans to have her on air anytime soon. Deen's admission came after a deposition from a pending discrimination lawsuit against one of her restaurant businesses was leaked. Her numerous fans have rallied on her behalf, and she appeared on "Today" to defend herself:

Visit NBCNews.com for breaking news, world news, and news about the economy

I feel so humbled to have had so much support from my fans, friends, family and complete strangers.. God bless you all, thank you so much ❤

Soaps.com thoughts are with Demi Lovato and her family at this sad time.

Kim Kardashian and Kanye West wedding?
Hot on the heels of the birth of their daughter, North West, whispers began that Kanye West and Kim Kardashian ("Keeping Up With The Kardashians") may tie the knot. TMZ speculated that nuptials for Kimye could take place in Paris in the fall. Meanwhile, Kris Kardashian spoke out about the baby's name, telling Barbara Walters on "The View," that the name North was chosen because it is the "highest power," with the babe being Kim and Kanye's "highest point together." Of course there was plenty of reaction to the newborn's unconventional name on social media, but perhaps the best celebrity tweet was this one:

That 70's Show's Lisa Robin Kelly's DUI.
Lisa Robin Kelly, who played Eric's (Topher Grace) older sister, Laurie Forman, on "That 70s Show," has been arrested for another DUI, this time after authorities found her parked on a freeway and she failed to pass a sobriety test. Reportedly, this wasn't the first DUI for the actress.

Three down...
Actress Jodi Sweetin, who played Stephanie Tanner on "Full House," has filed for divorce number three. Sweetin cites 'irreconcilable differences' as the reason for her separation from her hubby of just over a year, Morty Coyle. The paperwork shows she wants custody of their daughter, Beatrix, age 2 1/2, as well as their 2000 Toyota Avalon.

Read Soaps.com's Pretty Little Liars Recap: Cat's Cradle to find out why Spencer returned to Radley. Get the scoop on ex-"Passions" Danny Woodburn as Splinter in Teenage Mutant Ninja Turtles. 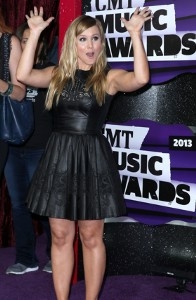 Primetime stars dating.
Leighton Meester (“Gossip Girl”) and Adam Brody (“The OC”) went public with their relationship by appearing together at the premiere of his new flick, “Some Girls.”

Doin’ it their way.
Penny Marshall and Cindy Williams, who played the iconic “Laverne & Shirley,” have teamed up again for an appearance on Nickelodeon’s “Sam & Cat.” According to People, they will play creators of a 70s television show who haven’t spoken in thirty years.

Excitedly expecting!
Actress Rachael Leigh Cook (“Perception,” “Nancy Drew,” “Josie and the Pussycats”) has announced that she and hubby, Daniel Gilles (“Vampire Diaries”), are expecting their first child after nine years of marriage. The happy star told People that they chose to wait to start a family, and that the baby is due in the fall.

Kristen Bell proposes to Dax Shepard.
The US Supreme Court ruling striking down DOMA (Defense of Marriage Act) led to at least one immediate proposal. Actress Kristen Bell (“Veronica Mars,” “Forgetting Sarah Marshall”) was so excited about the ruling that she tweeted a proposal to her beau, Dax Shepard (“Parenthood”), who accepted in an equally enthusiastic manner. The Twitter engagement looked like this: 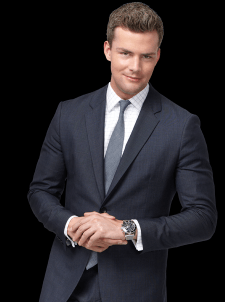 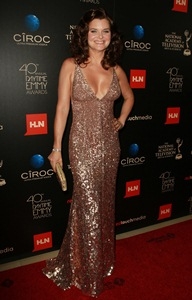