Angus T. Jones the singer?
Jon Cryer ("Pretty In Pink") and Ashton Kutcher ("jOBS") may become a tag team this fall when Angus T. Jones ("The Rookie") leaves the popular "Two And A Half Men" trio after 10 seasons, reportedly for a career in music, according to Us Weekly. Sources say the door is open for Jones to appear as a recurring character. Jones made headlines last year when his YouTube rant urging fans to stop watching his sitcom because it was "filth" went viral. Jones later issued a statement to apologize for disrespecting his bosses, the cast and crew.

Mariah Carey's storybook wedding.
Mariah Carey ("American Idol") and her husband Nick Cannon ("America's Got Talent," "Real Husbands Of Hollywood") probably have the largest wedding album in Hollywood. Carey and Cannon renewed their vows again, for their fifth wedding anniversary in grand fairy-tale style, with Carey arriving before the Magic Kingdom castle in a horse-drawn pumpkin-shaped carriage at California's Disneyland theme park – which was shut down for the ceremony and celebration. Dressed as Cinderella and Prince Charming, Carey and Cannon also outfitted their children Moroccan and Monroe similarly as they pledged their love in front of friends and family.

On our way to renew our vows. I love you @nickcannon shut down Disneyland KKLB twitter.com/MariahCarey/st…

Happy 5th(!!!!!!) Anniversary to the Best Husband in All The Land & 2 years ago pon de delivery… instagram.com/p/Yv05CpLePY/

Lil Wayne hospitalized again.
Rapper Lil Wayne (real name: Dwayne Michael Carter, Jr.) is fine following his latest seizure. The hip hop star, who suffers from epilepsy, tweeted that message to his fans after news broke that he was hospitalized again this week. Earlier this year, Lil Wayne spent several days in intensive care after suffering multiple seizures. The event was worrisome enough to fuel rumors that the singer was in a coma and receiving last rites.

Heather Locklear's new boyfriend?
Actress Heather Locklear ("Scary Movie 5") has reportedly been spotted with a new man on her arm and apparently he is a Beverly Hills plastic surgeon. The New York Post is reporting that Locklear and Dr. Marc Mani have been discreetly dating. Locklear was previously engaged to actor Jack Wagner (Frisco, "GH," ex-Nick Marone, "B&B") and is divorced from Bon Jovi guitarist Richie Sambora with whom she shares a daughter named Ava.

Country music mourns George Jones.
Noted as one of the finest country music singers in the industry, George Jones received a star-studded send-off following his passing at the age of 81 last week. After news of Jones's death surfaced, Nashville crooners lit up Twitter with their condolences and sadness, including remarks from Blake Shelton ("The Voice"), Tim McGraw ("The Blind Side") and LeAnn Rimes.

So sad we lost "the possum" today. R.I.P George Jones and know we didn't stop loving you today. You will live on forever in our hearts.

What's up with Amanda Bynes?
The gossip has been steady regarding Amanda Bynes' reportedly bizarre behavior these past several months, making her a close number two behind Lindsay Lohan. But with Lohan soon to be sequestered in a rehab facility, Bynes is quickly picking up a reputation where Lohan left off – in a manner of speaking. Bynes has also apparently borrowed from the same To-Do list as Rihanna and Britney Spears by tweeting half-naked photos (which we can't show you) of herself barely covered by her partially shaved long, blonde hair. New reports say Bynes is bathing in the millions she earned as a Nickelodeon TV star, having just demanded and received access to her sizable bank account. Sources add that Bynes' family and her lawyers are worried she will spend frivolously.

After starring in "The Mob Doctor" and the music video for Justin Bieber's As Long As You Love Me, this week's Soaps.com Primetime Dish reveals that Michael Madsen guest stars in Golden Boy. Find out which of your favorite actors made this year's list in the 40th Annual Daytime Emmy Nominees. 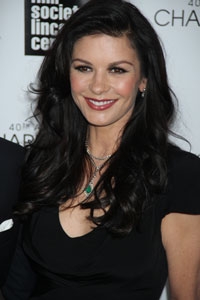 In this week’s Celebrity News…the stars are plagued by lawsuits, one Jones gracefully confronts her illness, while the other gets set to make a graceful exit, and Lindsay Lohan packs up for three months of therapy!

Lindsay Lohan enters rehab today!
While the name of the facility is yet to be determined, Lindsay Lohan is surely going to be getting treatment somewhere, starting today. Seated on the floor of her apartment and surrounded by several overflowing suitcases, Lohan posted a photo of herself on Instagram as she appeared to mull over her wardrobe selection just hours before starting her court-ordered 90-day lockdown in rehab for reckless driving and for lying to police about who was behind the wheel when she crashed her car last June. According to TMZ, Lohan was reportedly set to enter New York’s Seafield Center – the facility agreed upon in the plea deal between Lohan’s lawyers and prosecutors. But now, Lohan has reportedly violated the terms of that agreement having left New York (in a private jet) for California, sending her lawyers scrambling for an alternative rehab placement because of Seafield’s no-smoking policy. Now, at the eleventh hour, and in an effort to prove she will honor the court’s decision, Lohan’s attorneys are supposedly trying to settle between the Morningside Recovery clinic in California and The Lukens Institute in Florida, where Lohan reportedly prefers to stay. How Lohan is able to afford a private jet is a mystery as the actress’ finances are limited due to debts and failed endorsements – the most recent one being from Odaingerous clothing, which reportedly withdrew their $500,000 brand sponsorship offer to Lohan as a result of her conviction.

Catherine Zeta-Jones returns for treatment.
Earlier this week, it was revealed that actress Catherine Zeta-Jones (“Broken City”) returned to a treatment centre for her bipolar 2 disorder. Zeta-Jones first checked into a rehab facility in 2011. Sources say the actress has not had a relapse, but chose instead to manage her health by having doctors monitor her medication. The proposed 30-day program is reportedly part of her periodic care for maintenance of her condition. Insiders also say that Zeta-Jones’ husband, Michael Douglas (“Behind The Candelabra”) remains supportive of his wife’s proactive measures toward her health.

In other news, Black-Eyed Peas singer will.i.am has revealed that he has Attention Deficit Hyperactivity Disorder (ADHD). The hip-hop star reportedly told Britain’s Sunday Mirror that music is a form of therapy that brings control to his wandering thoughts, but also aids his creativity in the studio.

Actor Cory Monteith (“Glee”) has completed his 30 days of treatment for substance abuse. Reportedly at the urging of his girlfriend, Lea Michelle (Rachel Berry, “Glee,” “New Year’s Eve”), Monteith checked himself into a rehabilitation facility in early April after admitting his substance addiction.

sending out big love to everyone. thank you for the continued support! It means the world to me! 🙂

Selena Gomez sued!
Actress and singer Selena Gomez (“Spring Breakers”) is being sued by fragrance company Adrenalina Inc. for failing to live up to her promotional obligations, according to TMZ. Gomez was reportedly under contract to represent several beauty products under her name. In the lawsuit, Adrenalina Inc. is seeking compensation for financial damages, alleging that their research and development alone cost over $2 million and are requesting that Gomez be court-ordered to continue her brand ambassadorship. Gomez released her first fragrance with Adrenalina’s parent company ID perfumes last May. Her lawyers are reportedly refuting Adrenalina’s claims. Earlier this week, Gomez was pictured cuddling her ex-boyfriend Justin Bieber on Bieber’s Instagram page. A few discrepancies with Bieber’s tattoos seem to suggest the photo was older and not the image of a reconciliation between the former couple, but we’ll just have to wait and watch, won’t we?

Also joining the ‘being sued sorority’ are Russell Brand (“Rock Of Ages”) and Rob Kardashian “Keeping Up With The Kardashians”). Brand has been slapped with a $185,000 lawsuit by a Los Angeles security guard named Victor Sneed who claims the actor ran him over with his range rover, leaving him with multiple wounds and even higher medical bills. Brand reportedly denies that he was the cause of Sneed’s injuries.

Robert Kardashian is also being sued by photographer Andrea Vaik for robbery and assault. Vaik was snapping photos of Kardashian while he was working out in a West Hollywood Gym when Kardashian reportedly got upset at being photographed shirtless. Vaik alleges that Kardashian grabbed her camera and snatched the memory card, later returning only the camera to her.

Jeffrey Wright arrested for DWI.
Over the weekend, New York police arrested actor Jeffrey Wright (“Quantum Of Solace”) after pulling him over for erratic driving. According to E!Online, Wright failed a sobriety test and was subsequently charged for Driving While Impaired (DWI). Wright will be seen in the upcoming “The Hunger Games” sequel, “The Hunger Games: Catching Fire.” Check out a clip below.

Lauryn Hill saved!
Grammy Award-winning singer Lauryn Hill has inked a new record deal with Sony Worldwide Entertainment to literally help pay for her taxes – as Hill stated on her Tumblr blog. Last week, a federal court judge postponed the singer’s sentencing to May 6 with the expectation that Hill pay all money owed. Despite Hill pleading guilty to tax evasion, Hill is hoping that the revenue from her new album sales will finally fulfill her federal tax debt on the $1.8 million she earned from 2005 to 2007. Hill argued that her failure to file was due in part to perceived threats to her family. Hill also refuted lawsuit claims made by her landlord that she skipped out on her rent.

Vince Vaughn’s family expansion.
Actor Vince Vaughn (“Wedding Crashers”) announced on “The Ellen Degeneres Show” that he and his wife Kyle Weber are expecting their second child. The couple has a two-year old daughter named Locklyn. Weber is reportedly due in early August. This June, Vaughn will co-star with Owen Wilson (“Zoolander”) in the comedy The Internship and later in October in “Delivery Man.” 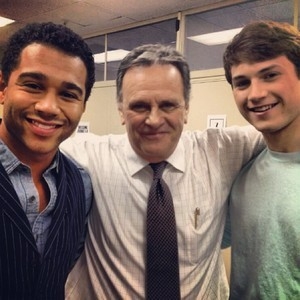