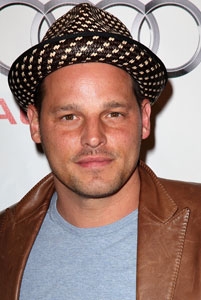 Each poll is updated after the show airs and the Soaps.com recap is posted, so check back each week for a new round of questions and speculations.

Dallas:
What was the most shocking reveal in the Season Two finale? Vote in our last Dallas poll until the new season, which has yet to be confirmed.

Glee:
Were you more shocked by Ryder’s confession or the reaction he got? Vote in our Glee poll, updated Thursdays.

Grey’s Anatomy:
How do you feel about Alex and Jo together? Let us know in our Grey’s Anatomy poll, new after the show airs on Thursdays.

Revenge:
Which Hamptons’ resident will come out on top? Vote in our Revenge poll before the May 12 finale.

Catch up with a week’s worth of Daytime drama all at once with our Soap Opera Fan Summaries. And today is the big day! Head back to Pine Valley and Llanview with Soaps.com’s AMC and OLTL daily updates.