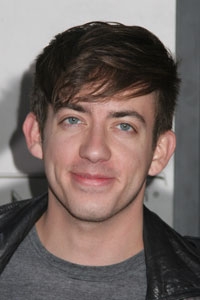 There are many twists and turns in our favorite Primetime shows leading up to the many May finales. Take a peek at our spoilers, updated weekly, for the inside track.

Dallas:
Season 2 ended with the promise of some big changes around Southfork. Check out our Dallas spoilers regularly to find out if and when the show is renewed for Season 3.

Glee:
Next week Artie’s mom comes to town and he learns something that will change his life. Find out the super musical artist who will be honored during the special episode in our Glee spoilers before the season ends on May 9.

Grey’s Anatomy:
A magician’s disastrous trick sends him to the trauma unit while Owen worries about Ethan’s fate after an incident with his grandmother. Keep up with all the happenings at Grey Sloan Memorial with Soaps.com’s Grey’s Anatomy spoilers before the May 9 season finale.

Pretty Little Liars:
During the season finale, not only did Toby turn up alive, but made love with Spencer. Catch up with the other big finale reveals and keep checking our Pretty Little Liars spoilers to see what will happen when the show returns June 11.

Revenge:
Victoria is in for a fight after a very exposing episode of “Nightline” airs. Find out how she fights back when the show returns April 28 in our Revenge spoilers.

The Vampire Diaries:
Find out how far Damon and Stefan will go with Elena in order to get her to turn her humanity on in our Vampire Diaries spoilers. Even more secrets are revealed leading up to the May 16 finale.

Let us know your thoughts on your favorite Primetime show below or chat with other fans in our Primetime message boards.

Find out about Reese Witherspoon's arrest in Soaps.com’s Celebrity News. Then Michaela catches an intimate moment between Navid and Adrianna on the April 29 episode of 90210.