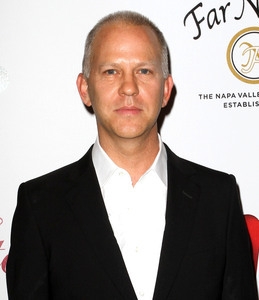 There’s a lot set to happen in Primetime television during the week of April 29. This week’s Primetime Dish column highlights episode teasers, CBS and FOX finale spoilers, season premieres, a NBC episode is pulled, a big FOX renewal and more…

90210:
Fallouts are dealt with in the CW’s April 29 9:00 PM episode titled “You Can’t Win ‘Em All.” Monday Episode Teasers: Jordan helps Mark out by calling in a favor to his mother, but a condition involves Naomi. Liam feels betrayed that Annie put him in her book, and Navid and Adrianna’s intimate moment is witnessed by Michaela.

Arrow:
A gamble is taken in the CW’s May 1 8:00 PM episode titled “The Undertaking.” Wednesday Episode Teasers: Oliver crosses another name off the list when mending fences with Tommy and Diggle becomes difficult. Felicity finds a transaction on a crooked accountant’s laptop that could help Oliver. Painful details surrounding Malcolm’s wife’s murder are reveled to Robert and Frank in a flashback, and Laurel is stunned by the truth.

Beauty And The Beast:
It’s the anniversary of someone’s death in the CW’s May 2 9:00 PM episode titled “Anniversary.” Thursday Episode Teasers: Cat makes Vincent jealous by asking Gabe to attend her family’s annual remembrance of Vanessa. The mayor is shot at a public event. Gabe is linked to the sniper, and Cat thinks her mother might still be alive.

Bones:
Interview! Soaps.com sat in on a conference call with Emily Deschanel, who plays Dr. Temperance ‘Bones’ Brennan. When asked if viewers will get closure regarding the Pelant storyline the actress stated, “There will be some closure, but the story is definitely ongoing. That’s kind of a tricky answer, but I don’t know how better to answer it. The story continues into next season. That’s not to say that we haven’t captured him in some way by the end of this season, but with Pelant, it’s never as simple as we think as we’ve learned. He’s changed his complete identity. He’s very tricky. He’s very wily in his ways. So, the story does continue with Pelant into season nine.”

Season finale! In FOX’s Monday April 29 8:00 PM season finale titled “The Secret In The Siege” the Jeffersonian team discovers FBI agents close to Booth are tied to a string of murders. Sweets finds the evidence to be familiar, and Brennan is forced to evaluate her relationship with Booth.

Dallas:
Read our back-to-back Dallas Season Finale Recaps to find out who John Ross brought flowers and champagne to.

Games Of Thrones:
In HBO’s Sunday May 5 9:00 PM episode titled “The Climb” Tywin works to set up strategic unions for the Lannisters. Melisandre heads to the Riverlands. Robb debates repairing his coalition with House Frey. Roose Bolton makes plans for Jaime Lannister, and Jon, Ygritte and the Wildlings face a daunting journey.

Glee:
Renewed! FOX has renewed its hit series for two more seasons – five and six.
“‘Glee’ debuted as the first and only successful musical comedy series on television, and more than four years later, it continues to defy genres, break new ground and have a significant impact on popular culture,” said Kevin Reilly, Chairman of Entertainment, Fox Broadcasting Company.”Week in and week out, Ryan Murphy, Brad Falchuk, Ian Brennan, Dante DiLoreto and the entire ‘Glee’ team deliver a series that not only delights and surprises fans, but also inspires them to talk about, share, debate and engage with the show – and I’m absolutely thrilled to have them on board for another two seasons.”

“‘Glee’ has been a signature series for the studio since its launch four years ago and we couldn’t be happier that FOX has ordered two more seasons,” commented Twentieth Century Fox Television Chairmen Dana Walden and Gary Newman. “Ryan, Brad, Ian and Dante have created something that is far larger than a television show; it’s a global entertainment brand which continues to touch millions around the world. From its chart-topping musical numbers to its inventive storytelling and rich, complex characters, ‘Glee’ rewrote the rules of what network television could be, and we are enormously proud to be the studio behind it.”

“I am very grateful to Kevin, Dana and Gary for their incredible support of this series from the beginning,” added Ryan Murphy. “But I also want to thank our loyal audience, whose passion and enthusiasm continue to amaze and inspire us.”

Soaps.com covers the goings on at McKinley High. Tune in each Thursday and read our Glee Weekly Recaps, which are posted after the show airs. Visit our Glee Spoilers: Wonder-Ful to find out whose life will be changed forever in Thursday’s May 2 9:00 PM episode.

Grey’s Anatomy:
View our Grey’s Anatomy Spoilers to find out what causes a visit to the trauma unit in Thursday’s May 2 9:00 PM episode titled “Do You Believe In Magic?” Remember, Soaps.com posts Grey’s Anatomy Recaps after the show airs.

Hannibal:
Episode pulled. Due to the Boston Marathon bombings, NBC has pulled episode four from the series line-up, due to its content, which was set to air tonight April 25. Though episode five will air in its place at 10:00 PM fans will not miss anything leading up to its finale on June 20, which will now air a week earlier than expected. In fact, fans can visit NBC for some webisodes that will include footage from the pulled episode in order to lead in to episode five.

Hart Of Dixie:
It’s all about accepting help in the CW’s April 30 8:00 PM episode titled “I’m Moving On.” Tuesday Episode Teasers: Rose and Max play matchmaker after Zoe’s attempts at online dating hit a few snags. Lemon and Wade are close to letting go of the Rammer Jammer. Despite George thinking they belong together, Tansy still has doubts. Brick and Shelby make a difficult decision about their future, and Lavon refuses AnnaBeth’s help.

Law & Order: SVU:
Renewed! NBC has announced that its drama will return for a fifteen season. The series airs Wednesdays at 9:00 PM.

Melissa & Joey:
Season three of the ABC Family series returns on Wednesday May 29 at 8:00 PM. In the episode titled “Works For Me” Mel panics at the thought of Joe leaving and works to prove how much he is needed. Lennox has a revelation about Zander, and something unexpected results from Ryder’s class trip.

Nikita:
On Friday May 3 at 8:00 PM the CW will air a repeat of its March 3 episode titled “High-Value Target.”

Person Of Interest:
Season finale! In CBS’ Thursday May 9 9:01 PM episode Reese and Finch join forces to save The Machine, which suddenly goes offline.

Pretty Little Liars:
Take a look at the new key art for the ABC Family series. Read Soaps.com's Pretty Little Liars Recaps to catch up on last season before season four returns on Tuesday June 11 at 8:00 PM. Fans can also look forward to the third annual Halloween special in October.

Revenge:
Exit! Mike Kelley, showrunner of the ABC series, will leave his position after this season, which ends with back-to-back finale episodes on Sunday May 12 at 8:00 PM. Kelley has been with the show since 2011. View our Revenge Spoilers to find out who learns more than they bargained for in Sunday's May 5 9:00 PM episode titled "Engagement" and read our Revenge Recaps, which are posted Sundays after the show.

Rookie Blue:
Season four premieres on ABC on Thursday May 23 at 10:01 PM. Viewers will again follow the group of rookie cops, three years into the job, who navigate trials and tribulations of their professional and personal lives.

Smash:
The NBC series finale will not air on Saturday, but will wrap up the season with a two-hour finale on Sunday May 26 at 9:00 PM.

Supernatural:
It's all about feeling lucky in the CW's May 1 9:00 PM episode titled "The Great Escapist." Wednesday Episode Teasers: Sam and Dean work to uncover the Third Trial after receiving a distressing video message. A mysterious recluse at a casino in Colorado may be the key to Kevin's research. Crowley is 'winning', and Castiel tries to avoid those hunting him.

The Client List:
In Lifetime's Sunday April 28 10:00 PM episode titled "Heaven's Just A Sin Away" Riley turns to the church in regards to her marriage and work decisions. Kyle makes plans to testify against his former employer, Evan and Shelby go on a date, and Selena gives Derek the head's up about an overzealous client.

The Mentalist:
Season finale! In CBS' Sunday May 5 10:00 PM season finale Jane believes she's narrowed down the Red John suspect list. When Red John strikes again the victim has a tie to Jane's past.

The Vampire Diaries:
Matt gives Rebekah advice in the CW's Thursday May 2 8:00 PM episode titled "She's Come Undone." Read our Vampire Diaries Spoilers to hear who is horrified by a recent discovery and stay tuned to our recap, which we'll post after the show airs.

Two And A Half Men:
Season finale! In CBS' Thursday May 9 8:31 PM season finale Jake and Alan go on a father-son trip with hopes of bonding, and Walden is more attracted to his young date's grandmother than the girl herself.

Veep:
In HBO's Sunday May 5 10:00 PM episode titled "The Vic Allen Dinner" the White House releases an unflattering photo of Selina, who works to keep her staff happy. Kent and Mike bond over sailing. An executive parking space is assigned to Jonah, and Sue lands a job interview.