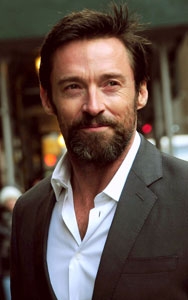 In this week’s Celebrity News…Matt Damon gets married, Psy aims to be a gentleman, Selena makes a bindi blunder and have the Osbournes called it quits?

Sharon and Ozzy Osbourne separate but not separating?
It’s hard to keep up with the latest reports that Sharon Osbourne (“The Talk”) and her Black Sabbath rocker hubby Ozzy Osbourne are on the verge of divorce after 31 years of marriage. Rumors about the couple stepping out in Los Angeles without their wedding rings, to Sharon Osbourne living in a Beverly Hills hotel and later moving into a new mansion earlier this week made the rounds until Ozzy Osbourne decided to clear the air on social media. Osbourne offered an explanation and an apology to his family for his relapse into drug and alcohol addiction on his Facebook page. The couple has weathered a myriad of domestic and substance abuse issues in the past, as well as Sharon Osbourne’s breast cancer scare in November 2012. Throughout it all, they maintained a united front, sticking together – however, it appears that Sharon Osbourne has reached her boiling point and, according to TMZ, has reportedly vowed that she will not return to the marital home until her husband has conquered his addictions completely.

Hugh Jackman’s stalker arrested.
All he wanted was a decent workout at the gym, but actor Hugh Jackman (“X-Men”) was forced to face down his stalker when she burst into the Gotham Gym in Manhattan’s West Village shouting hysterically that she loved him. Katherine Thurston was reportedly intercepted by a gym employee, before she pulled out a razor allegedly filled with her body hair and threw it at Jackman. Thurston, who is reportedly homeless and suffers from mental illness, was quickly arrested a few blocks away and charged with fourth degree stalking. Jackman has reportedly spotted Thurston outside his home in the West Village and outside his daughter’s elementary school before this latest incident.

Matt Damon’s Caribbean wedding.
How romantic! Matt Damon (“Behind The Candelabra”) and his wife Luciana Barroso renewed their wedding vows this week before a group of celebrity friends at the Sugar Beach Resort on the island of St. Lucia. Reportedly, Damon spent $1 million to rent out the resort’s 78 rooms for his guests. Back in February, Damon announced his desire for a more elaborate wedding affair and even sent out save-the-date cards, but kept the matrimonial location a secret. Among the invitees were talk show host Jimmy Kimmel (“Jimmy Kimmel Live”), actor Chris Hemsworth (“The Avengers”), Stanley Tucci (“The Devil Wears Prada”), and Ben Affleck (“Argo”). Damon and Barroso were first married 8 years ago in a private ceremony at New York’s City Hall. Together, they have four daughters.

Cher’s family feud?
Rumors are swirling that singer Cher’s once public and supportive stance on her son’s transgendered identity is waning – so much so that Cher and son Chaz Bono (formerly Chastity Bono) are reportedly no longer on speaking terms – for now. Sources say Cher and Chaz have agreed to take a break from one another while Cher works to accept his ongoing physical and sexual transformation. Chaz recently posted a photo of himself and Cher on Twitter.

Here is a recent photo of my mom and I. twitter.com/ChazBono/statu…

Mother, father, gentleman!
Singer Psy has followed up his viral hit “Gangnam Style” with a new song titled “Gentleman.” Plus, there’s a new dance to boot. Fans can trade in their energetic horse gallop for a sexy sway and slow, hip swagger. Take a peek at the new video for “Gentleman” to see Psy up to his cocky, playful tricks again.

Lauryn Hill’s tax evasion plea.
In a few days a judge will decide whether singer Lauryn Hill will face jail time for failing to file and pay her taxes for three years beginning in 2005. Last June, Hill pled guilty to income tax evasion and in the face of a possible conviction, she is asking the court to re-examine her reasons for the charges, claiming that her family was being threatened. Hill is the mother of six children, five of which were fathered by Rohan Marley. Hill is best known as one-third of the hip-hop group The Fugees and for her multiple Grammy-award winning solo album The Miseducation of Lauryn Hill. Shortly after her win in 1998 however, Hill disappeared from the public eye, resurfacing only when she gave lackluster performances at various concerts.

A Hart lesson.
Actor/comedian Kevin Hart ("Real Husbands Of Hollywood," "Kevin Hart: Let Me Explain") has a lot of explaining to do following his recent arrest for driving under the influence. Hart was pulled over by the California Highway Patrol when they spotted his black Mercedes barreling down the freeway and zigzagging across the lanes – narrowly missing a gas tanker truck. The actor, who was later released from jail on $5,000 bail, seemed to sober up on Twitter, after reportedly making flippant comments about his inebriated state initially.

This is a wake up call for me, I have to be smarter & last night I wasn't....everything happens for a reason....

Jared and I and are so excited that Arabella will become a big sister this fall. Thanks for all your good wishes!xo Ivanka

Last week, Halle Berry ("The Call") shared her pregnancy news, but this week the actress revealed that she is reportedly expecting a little brother for her five-year-old daughter Nahla with ex-boyfriend Gabriel Aubry. Berry's fiancé is French actor Olivier Martinez ("Unfaithful").

My husband and I welcomed our beautiful, healthy baby boy to this world this morning! Biggest joy of my life!!! #lovemykid

PS and his name is...Sebastian Zincone :))) Love him more than life itself!! #whatafeeling !!!

Grammy prankster off to the slammer?
Celebrity prankster Vitalii Sediuk may soon be returning to the austere confines of a prison cell if he's found guilty of the charges that stemmed from his Grammy Award ceremony mischief. You'll remember that Sediuk rushed to accept Adele's Best Pop Solo Performance award, but was momentarily stopped by Jennifer Lopez ("Parker") who was on stage presenting with singer Pitbull. Following the incident, Sediuk was jailed for the night and later charged with "one count of willfully leaving a spectator area and entering a performance area and one count of interfering and delaying program participants," according to Billboard online. If convicted, Sediuk could face up to six months in jail for each charge plus a considerable fine.

Justin Bieber guestbook gaffe?
Whoa! The press is pouncing! Justin Bieber faced the music of several news outlets who reported that comments made by the singer were disrespectful to the memory of Anne Frank, who died in 1945 after valiantly trying to hide from the Nazis before being caught and sent to a concentration camp. While in Amsterdam, Bieber visited the Anne Frank Museum and was reportedly told by a guide on the tour that Frank was an ardent fan of pop culture, allegedly inspiring Bieber to write, "Truly inspiring to be able to come here. Anne was a great girl. Hopefully, she would have been a Belieber" in the museum's guestbook. But despite the many transgressions Bieber has been accused of in the last few weeks, the young singer is not without his defenders. Frank's 83-year-old stepsister, Eva Schloss appeared to back the singer, when she reportedly told the London Telegraph that, "He's a young man and she was a young girl, and she liked film stars and music." Schloss went on to say, "They make a lot of fuss about everything that is connected with Anne Frank."

Selena Gomez bindi controversy.
Selena Gomez caused a furor this week after her accessories and her performance at the MTV Movie Awards left Hindu leaders angry and demanding an apology. Members of the Universal Society of Hinduism are reportedly offended at Gomez's use of the bindi, which they say is a religious and spiritual Indian adornment. Wearing a flowing red garment and dancing to Bollywood-inspired music from her latest song "Come & Get Me," Gomez performed barefoot with her back-up dancers, while wearing the sparkling bindi on her forehead.

Boston brotherhood.
Following the brutal bombings that occurred at the Boston Marathon this week, several celebrities who hail from Boston have spoken out offering their prayers, support and sharing their pride for the resilience of their native city. New Kids on the Block singer Joey McIntyre participated in the marathon and tweeted that he was alright after crossing the finish line, about five minutes before the explosions. Mark Wahlberg ("Ted") expressed his sadness for the victims while making an appearance on "Jimmy Kimmel Live." Matt Damon ("Behind The Candelabra"), Ben Affleck ("Argo"), John Krasinski ("The Office") and Michael Chiklis ("Vegas") all tweeted their condolences and support.

There was an explosion by the finish line about 5 minutes after I finished- I'm ok but I'm sure there are many hurt.

My heart and my prayers are in Boston and with everyone affected by this nightmare of an incident.

So proud of the people of Boston who ran toward the danger in order to help. Tragedy brings out the humanity and heroism in people. #Boston

Lindsay's new living arrangements.
The search is on and the clock is ticking as Lindsay Lohan ("Liz & Dick") and her lawyer Mark Heller look for a suitable lockdown rehab facility in New York for Lohan to complete her rehabilitation sentence. Following her plea deal on a misdemeanor charge for reckless driving and for lying to police about who was behind the wheel when she crashed her car last June, Lohan is due to begin her 90-day treatment on May 2 . Rumors were rampant that Lohan had decided upon the Betty Ford Clinic in California, but proved to be untrue, as sources say a final decision on a facility has yet to be made. Until then, Lohan is counting down to the last days of her freedom.

Rihanna's illness?
An unexplained illness has forced Rihanna to cancel several of her tour dates this month. Reportedly, Rihanna's initial visits to the doctor were for a suspected throat infection. After failing to get better, Rihanna cancelled at least three dates on her Diamond Tour, which is slated to resume on April 19. Reports say that Rihanna's smoking, drinking and partying have all contributed to the singer's ill health and weakened immune system. But it doesn't stop there. Rumors also say that the singer may even be pregnant. Reps for Rihanna have yet to comment.

Catch the new Dexter spoiler video in this week's Soaps.com Primetime Dish. Sharon and Ozzy Osbourne may be headed for some personal time out, but many celebs have opted for a permanent one. Check the latest famous faces to call it quits in Celebrity Splits.