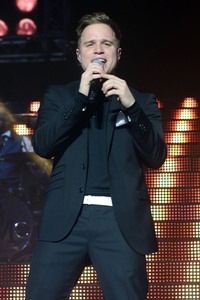 2 Broke Girls:
CBS will air the series finale on Monday May 13 at 9:00 PM. Max and Caroline discover something that could help re-launch their cupcake business while deep cleaning the diner.

90210:
Singer Olly Murs guest stars in the CW’s April 22 9:00 PM episode titled “The Empire State Strikes Back.” Monday Episode Teasers: Liam and Navid ask a teenage pro-surfer’s favorite musician to do a special performance in order for her to be their first sponsored athlete. Naomi’s trip to New York to make a good impression on Jordan’s mother ends with disastrous consequences. Annie plans to publicly announce that her novel is fiction, but Dixon urges her to tell the truth.

Army Wives:
It’s a boy! Soaps.com sends Sally Pressman, who plays Roxy LeBlanc on the Lifetime series, and her husband David Rogers (“Nashville”) our best wishes! On Wednesday April 10 the couple welcomed their first child together, a boy.

Beauty And The Beast:
In the CW’s Thursday April 25 9:00 PM episode titled “Playing With Fire” Gabe tells Cat he knows about Muirfield. Vincent creates tension with Cat over his trust issues with Gabe, and JT and Vincent find a new place to call home.

Blue Bloods:
The CBS series will air its finale on Friday May 10 at 10:00 PM. The Reagans rally together to take down the leader of the gang who murdered someone close to them, and Frank reels from another crisis.

Boardwalk Empire:
Patricia Arquette (“Medium”) will play the recurring role of Sally Wheet in season four of the HBO series.

Breaking Bad:
AMC will premiere the last episodes of its fifth and final season on Sunday August 11.

Dallas:
Read our back-to-back Dallas Season Finale Recaps to find out who came out on top at the end of season two.

Dexter:
Cancelled. Watch Showtime’s new spoiler video for what’s ahead when the series returns with season eight on Sunday June 30 at 9:00 PM. Incidentally, the network announced the upcoming season will be its last. The video also contains spoilers for “Ray Donovan,” which premieres the same night at 10:00 PM.

Games Of Thrones:
In HBO’s Sunday April 28 9:00 PM episode titled “Kissed By Fire” The Gods judge The Hound. Others judge Jamie. Tyrion realizes the cost of weddings. While Jon makes a point, Robb is deceived.

Girl Meets World:
Jackee Harry (“Let’s Stay Together”) is the latest actress to join the Disney pilot. Stay tuned for character details when they are released.

Glee:
Soaps.com covers the goings on at McKinley High. Tune in each Thursday and read our Glee Weekly Recaps, which are posted after the show airs. Visit our Glee Spoilers to find out who wears a superhero costume in Thursday’s April 25 9:00 PM episode titled “Lights Out.”

Rating news! Last week the series delivered its highest ratings in five weeks. Among adults 18 – 49, and adults 18 – 34, it climbed up 20% from the previous week.

Grey’s Anatomy:
View our Grey’s Anatomy Spoilers to find out who is the focus of an investigation in Thursday’s April 25 9:00 PM episode titled “Sleeping Monster.” Remember, Soaps.com posts Grey’s Anatomy Recaps after the show airs.

Hart Of Dixie:
Being supportive is the key in the CW’s April 23 8:00 PM episode titled “If Tomorrow Never Comes.” Tuesday Episode Teasers: Zoe tricks Jonah into sharing Brick’s secret, which makes things worse for Brick’s love life. George is left to look after Tansy’s wild brothers. Things go awry while Wade and Lemon each try to prove they know what’s best for the Rammer Jammer, and Lavon and AnnaBeth agree not to get involved in the drama.

HBO cookie lines:
HBO has partnered with Eleni’s New York Bakery to bring fans cookies based off of some of their favorite shows, including “Game Of Thrones,” “Sex And The City,” and “True Blood.” The cookies will be peanut and tree-nut free, made in an OU Kosher Certified facility, and can be purchased at HBO’s Store or at Eleni’s. The “Sex And The City” cookies are available now, with the other show treats set to be available in a few weeks.

Hell On Wheels:
Jennifer Ferrin ("The Following," "As The World Turns'" ex-Jennifer Munson) has landed a regular role on the AMC series as a journalist named Louise Ellison. Look for season three to return this summer.

How I Met Your Mother:
Look for the CBS series finale to air on Monday May 13 at 8:00 PM. Ted asks Lily to go look at a house he fixed up. An anxious couple ruins Robin and Barney's night of relaxation, and Marshall and the baby head to Minnesota to see his family.

Nikita:
It's all about revenge in the CW's April 26 8:00 PM episode titled "Self-Destruct." Friday Episode Teasers: Alex reverts to old ways and violently strikes out due to Amanda's part in the tragic events at Division. Nikita and Michael quickly search through the ashes of Division to see who and what can be salvaged. Memories of Division's glory days haunt many, and Berkhoff faces his own losses.

Revenge:
View our Revenge Spoilers to find out why there will be flashbacks to 1973 in Sunday's April 28 9:00 PM episode titled "Identity" and read our Revenge Recaps, which are posted Sundays after the show.

Sons Of Anarchy:
"The Sopranos" alum Drea de Matteo will return to the FX series as Wendy Teller for a multi-episode arc. Look for season six to premiere this fall.

Supernatural:
Cheap pantsuits are the craze in the CW's April 24 9:00 PM episode titled "Pac-Man Fever." Wednesday Episode Teasers: Dean forbids Sam to hunt until he heals and decides to teach geektastic hacker Charlie how to be a hunter-in-training, and the guys suspect Charlie is hiding a secret that could get her killed.

The Client List:
In Lifetime's April 21 10:00 PM episode titled "I Ain't Broke But I'm Badly Bent" Riley connects with a wealthy, single father. Kyle loses visiting privileges after fighting with an inmate. The lights go out at the spa, and Lacey and Georgia throw Dale's sister a baby shower.

The Good Wife:
Finale! In the CBS Sunday April 28 9:00 PM season finale Alicia, Will and Diane race to court proceedings in regards to some possible vote tampering. An unlikely source offers to help Cary start his own firm, and the conflict in Alicia's personal and professional life comes to a head.

The Newsroom:
The HBO series will return with season two on Sunday July 14 at 10:00 PM.

The Vampire Diaries:
Klaus heads to New Orleans in the CW's Thursday April 25 8:00 PM episode titled "The Originals." Read our Vampire Diaries Spoilers to hear who Katherine asks for help and stay tuned to our recap, which we'll post after the show airs.

Veep:
In HBO's Sunday April 28 10:00 PM episode titled "Hostages" Selina and Secretary of Defense General Maddox can't get on the same page at their joint appearance at the Marine Corps Base at Quantico during a hostage crisis in Uzbekistan. Sue testifies at a congressional hearing, and Dan and Gary vie for the Veep's attention.

Vegas:
The CBS series will air its finale on Friday May 10 at 9:00 PM. Sheriff Lamb teams up with Savino on his quest for revenge, and Mia devastates Jack, who catches her in a compromising position.