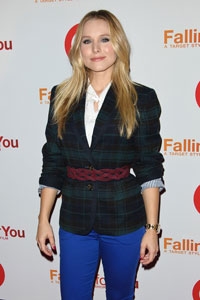 In this week’s Celebrity News, Cory Monteith heads to rehab, Heidi Klum saves her son, JLo gets dropped and Tina Turner gets engaged!

Cory Monteith heads to rehab.
Fans of Glee will miss Cory Monteith (“Glee”) in his role as Finn Hudson for the final two episodes of the series as the actor heads to rehab for substance abuse addiction. Monteith has battled drug demons in the past and this is not his first visit to a treatment facility. However, as Monteith seeks healing, his girlfriend and co-star Lea Michelle (“Glee”) has said that she will stand by him, as reports emerged that it was Michelle who urged Monteith to check himself in. Monteith’s “Glee” family has also tweeted their support.

such a beautiful day! truly seeing the forest for the trees. #gratitude

Thank you all so much for all your love, support, and encouragement. It’s means the world to us..

Lincoln Bell Shepard is here. She has mom’s beauty and dad’s obsession with breasts. Hooray!!!

Lil Wayne has epilepsy.
When rapper Lil Wayne landed in the hospital, reports suggested the hip-hop star was in a medically induced coma and waiting for last rites. Several days later, Lil Wayne (real name: Dwayne Michael Carter, Jr.) was released and the cause for his hospital visit was speculated that he had drunk too much Sizzurp – a combination of soda and prescription-strength cough syrup. After thanking his fans on Twitter for their support, the rapper has reportedly come out in an interview with Los Angeles-based radio station Power 106 to say that he is an epileptic and has suffered from seizures for most of his life and, on that particularly harrowing day, it was overwork and stress that led to three back-to-back seizures.

Lady Gaga resurfaces.
You’ll recall that following her hip surgery last month, Lady Gaga sported a custom wheelchair created for her by Mordekai luxury brand designer, Ken Borochov. But to celebrate her birthday last week, Lady Gaga debuted a new wheelchair – a Louis Vuitton creation that she sat in as she was reportedly wheeled into the Chicago Italian eatery Spiaggia where she was to meet her boyfriend Taylor Kinney (“Chicago Fire”) for a private dinner. Several days later, the flamboyant singer was spotted on her own two kitten-heeled feet as she reportedly walked into a Bikram yoga class in New York City, but later had to rely on her designer wheelchair following her exercise.

JLo wants too much?
Singer/actress Jennifer Lopez is reportedly too demanding and maybe a bit too diva for India’s Premier League. Following requests for a private plane and hotel rooms for her sizeable entourage (including her personal chef and stylists), Pepsi IPL dropped Lopez from performing at their opening ceremony and reportedly booked her fellow musical collaborator Pitbull instead. Sources from Lopez’s camp said the singer’s busy recording schedule, and not any ‘outrageous’ demands were to blame.

Bon Jovi minus Richie Sambora.
Because he must, guitarist Richie Sambora has unexpectedly dropped out of Bon Jovi’s Because We Can tour due to personal issues. No other details are forthcoming at this time following the band’s recent statement on Bon Jovi’s website, but TMZ is speculating that there are cracks in the brotherhood over money and Sambora’s reported treatment by lead singer Jon Bon Jovi. It’s no surprise that fans are hugely disappointed since it was only in February that the band launched their latest international tour.

Heroic Heidi.
Never underestimate the strength of a mother! Supermodel Heidi Klum ("Project Runway") and her bodyguard boyfriend Martin Kirsten were enjoying the sandy beaches of Hawaii for the Easter holiday – with Klum's four children – when their quick thinking and quick actions helped save the lives of Klum's seven-year old son Henry and his two nannies from drowning after a massive riptide threatened to pull them under. Klum, who was recently named as the fourth judge for "America's Got Talent" recounted the experience to Us Weekly: "We got pulled into the ocean by a big wave. Of course, as a mother, I was very scared for my child and everyone else in the water. Henry is a strong swimmer and was able to swim back to land. We were able to get everyone out safely." Dramatic photos of the incident show Klum grasping Henry by the wrist as she led him to safety and later clutching one of the nannies under both arms as she pulled her to shore.

Tina Turner engaged!
Singer Tina Turner is happily engaged at 73 to her long-time love of 27 years, 57-year-old German producer Erwin Bach, who reportedly proposed two years ago. According to the Swiss publication Blick, Turner and Bach reportedly plan to be married at their lake house in Zurich, Switzerland, where they have been living for the past 18 years. This will be Turner's second marriage. Her first husband, Ike Turner, whom she divorced in 1976, after an abusive relationship - the subject of which inspired the movie "What's Love Got To Do With It" - passed away in 2007.

Angelina and Madonna's quest for girls.
Angelina Jolie ("Salt") is reportedly bringing her many artistic talents to design a special jewellery collection to help fund an all-girls school in Afghanistan. As a special envoy for the United Nations, Jolie has partnered with gem designer Robert Procop to create The Style of Jolie with profits going toward the Education Partnership For Children in Conflict to aid in the building of new schools just outside of Kabul and later in other Afghan communities.

While Angelina Jolie's school ventures are being met with peaceful approval, singer Madonna continues to face obstacles over schools she has been trying to help build in Malawi, which is the birthplace of her adopted son, David and daughter, Mercy. In 2011, Madonna had to readjust her plans for her Raising Malawi Academy for Girls after the reported $3.8 million earmarked for funding had been misused. More recently, the Malawian Education Minister, Eunice Kazembe, accused the music icon of deviating from her original plan to build classrooms instead of schools.

Justin Bieber's busy week.
It really has been another crazy week for Justin Bieber! The pop idol may face criminal charges after Bieber reportedly spit at his neighbor following a verbal altercation outside of his Calabasas, California home – all because he was reportedly told to stop driving like a maniac. While on tour, Bieber continued to make enemies as his entourage got a little too touchy-feely with fans outside the Passage nightclub in Vienna, Austria, leading the club to ban the singer from entering – ever! According to the club's management, Bieber's bodyguards destroyed cellphones and smashed cameras – all belonging to partygoers, and possibly groped a few female patrons. This kind of animalistic behavior isn’t too far from the hedonistic goings-on at Bieber's mansion. According to TMZ, Bieber's 'best' friend, rapper Lil Twist has reportedly been throwing the party of all parties in his borrowed abode, with the perfume of weed and empty bottles strewn everywhere and leaving Instagram crumbs to show for it. TMZ also reported that Bieber's break-up with Selena Gomez ("Spring Breakers") was the reason behind his meltdown-in-the-making. Of course, all this rumor and innuendo seems to bring out Bieber's devilish side as he decided this week to play a nice little April Fool's prank on TMZ, by telling fans on Twitter that he would be taking calls, only to provide them with TMZ's toll-free tip line number, which forced TMZ to pay for the expense. Beliebers should look out for the May issue of Teen Vogue as the singer explains himself and his thoughts on his fame.

Sylvester Stallone sues his contractor.
If you're going to go up against one of the toughest actors in history, you'd better have your resume and your experience straight. Sylvester Stallone ("Bullet to the Head") is reportedly suing a former contractor for $1.4 million for ruining his house due to more than just poor workmanship. In a counter claim, however, the contractor in question – Mohamed Hadid is accusing the actor of threatening to blow his head off as a result of his Hulk-like temper. Hadid even has a temporary restraining order against Stallone for allegedly pushing him in court. According to TMZ, Hadid said Stallone exhibited multiple fits of rage, was cruel to his puppy and once threatened to smash Hadid's head with a baseball bat. Stallone's lawyer Marty Singer, reportedly insists that Hadid's accusations are a smear campaign against his client.

Khloe Kardashian defends her hubby.
Khloe Kardashian ("Keeping Up With the Kardashians") is coming to the defense of her husband, LA Clippers basketball player Lamar Odom after reports surfaced this week suggesting that Odom's charity Cathy's Kids may have veered away from its charitable mission to raise funds for cancer research and committed fraud. Kardashian issued a statement on her website denying that the funds raised by Odom's charity were used for his personal benefit. However, in a report by the ESPN program "Outside the Lines," investigators claim that 60 percent of the $2.2 million raised by Cathy's Kids – named for Lamar's mother who passed away from stomach cancer in 2004 – went to help fund two youth basketball travel teams. Reports also suggests that Odom's high school basketball coach, Jerry DeGregorio continues to be paid his annual $72,000 for managing the charity, despite Cathy's Kids being in debt to the tune of $256,000. Odom has yet to make any public comments about the allegations. The "Outside the Lines" report also investigated over a hundred other charities tied to high-profile athletes.

This week in the land of Lindsey Lohan...
Actress Lindsay Lohan is reportedly calling all the shots when it comes to her own sentencing. The latest reports suggest Lohan has told her lawyers that unless she is able to continue taking the Attention-Deficit/Hyperactivity Disorder (ADHD) medication Adderall while serving her 90-day lock-down stint while in rehab, she is prepared to take her chances at a trial instead. Can you just imagine how that conversation went? Apparently, Lohan's lawyer Mark Heller is scrambling to find a rehab center that will force Lohan to stay for treatment. If he is unsuccessful, Lohan's case may return to court. Meanwhile, before her required rehab check-in in May, Lohan has been carrying on in Brazil to launch the John John Denim flagship store in Sao Paulo for an unknown sum said to be in the six figures. Lohan has also made fresh headlines for her recent alleged theft of jewellery, lingerie, clothing and sunglasses from the wardrobe department during the recent taping of a guest-spot on the sitcom "Anger Management."

Halle Berry the referee?
The paparazzi sure know how to get a rise out of Olivier Martinez ("Unfaithful"). Upon arriving from a mini Easter holiday in Hawaii, Martinez, his fiancée Halle Berry ("The Call") and her daughter Nahla were swarmed by photographers in Los Angeles International Airport causing Berry to exclaim, "Get away, there's a child!" Apparently, the only one listening was Martinez who reportedly kicked one photographer in the wrist and leg and later, placed Nahla into their waiting vehicle before turning back to kick the photographer again, this time for allegedly grabbing his arm. Berry reportedly intervened and managed to talk Martinez down, eventually convincing him to return to the car so they could leave.

Watch Soaps.com's the new True Blood spoiler video and get a taste of what's to come in season six in this week's Primetime Dish. Heidi Klum's bravery in Hawaii may just make her mother of the year. Check out these famous moms who tackle the daily Hollywood grind in Celebrity moms who do it all.