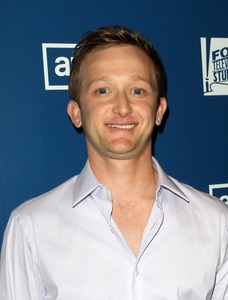 Things are heating up in Primetime television during the week of April 8. This week’s Primetime Dish column highlights episode teasers, casting scoops, an ABC spin-off series, a FOX actress compares her wardrobe to her characters’, a much anticipated HBO series’ return promo video, and more…

Arrow:
On Wednesday April 10 at 8:00 PM the CW will air a repeat of its February 20 episode titled “Dodger.”

Boardwalk Empire:
Eric Ladin (“The Killing”) has landed a recurring role as a young J. Edgar Hoover in the HBO series.

Cougar Town:
TBS will air a special one hour season finale on April 9 beginning at 10:00 PM. Tuesday Finale Teasers: Jules insists on taking her father Chick to the doctor, who reveals his health issues. The gang takes Chick to Hollywood and arranges for him to spend an evening with Tippi Hedren. On their first date as boyfriend and girlfriend Laurie and Travis prepare for their perfect first kiss. Bobby finds out Dog Travis is using him, and Andy’s upset that no one recognizes him as Latino.

Dallas:
Back-to-back episodes! Steven Weber (“Ultimate Spider-Man,” “Wings”) guest stars in the Monday April 8 8:00 PM episode titled “A Call To Arms.” As a special treat, another episode titled “Love And Family” will air at 9:00 PM. Soaps.com posts recaps after each episode airs. Until then read our Dallas Spoilers for more scoops.

Games Of Thrones:
Renewed! HBO has renewed its epic series for a fourth season. In Sunday’s April 14 9:00 PM episode titled “Walk Of Punishment” Tyrion has new responsibilities. Jon faces the Fist of the First Men. Daenerys and the slavers meet, and Jaime strikes a deal.

Glee:
Soaps.com covers the goings on at McKinley High. Tune in each Thursday and read our Glee Weekly Recaps, which are posted after the show airs. Visit our Glee Spoilers to find out what makes the McKinley High students panic in Thursday’s April 11 episode titled “Shooting Star.”

Hart Of Dixie:
On Monday April 8 at 9:00 PM the CW will air a repeat of its March 5 episode titled “We Are Never Ever Getting Back Together.” Then on April 9 at 8:00 PM a new episode will air titled “Why Don’t We Get Drunk?” Tuesday Episode Teasers: The competing town tries to lure partiers away from BlueBell during Spring Break. Lavon creates a competition to attract attention. George becomes jealous after seeing Zoe and Jonah together. Wade and Lemon plan to win the grand prize in order to buy the Rammer Jammer, and Brick is forced to seek treatment.

Nikita:
Past secrets are unlocked in the CW’s April 12 episode titled “Masks.” Friday Episode Teasers: Alex wants to leave Division. Amanda helps Owen remember his real past, and Nikita tries to help Owen confront his past.

Once: Wonderland:
Sophie Lowe (“The Slap”) and Peter Gadiot (“The Forbidden Girl”) have landed roles as Alice and Cyrus in ABC’s “Once Upon A Time” spin-off. Production was set to begin on April 7. The new series will be told through Alice’s point of view and will be set prior to Wonderland.

Ravenswood:
The "Pretty Little Liars" spin-off, which connects five strangers by a fatal curse, has released its first three characters. Twins Abel (doesn't trust easily) and Olivia (always questions her surroundings and those in it) and Miranda (foster kid with a tough exterior).

Revenge:
View our Revenge Spoilers for what's ahead and read our Revenge Recaps, which are posted each Sunday after the show.

Southland:
In TNT's Wednesday April 10 10:00 PM episode titled "Chaos" Cooper and Lucero are kidnapped and many search for them before it's too late. Ben tries to throw Sammy off the trail and has to deal with an irrational Brooke.

Supernatural:
On Wednesday April 10 at 9:00 PM the CW will air a repeat of its January 16 episode titled "Torn And Frayed."

The Carrie Diaries:
The truth will set some free in the April 8 8:00 PM season finale titled "Kiss Yesterday Goodbye." Monday Episode Teasers: When secrets are revealed at Carrie's junior prom emotions begin to change. Things are easygoing as Dorrit plans to take her relationship with Miller to the next level. Mouse decides to defy her parents. Tom suspects someone might be on to him as he sneaks around, and Carrie and Walt receive an enticing offer.

The Client List:
In Lifetime's April 7 10:00 PM episode titled "Hell On Heels" an awkward encounter takes place between Selena and Derek in the co-ed locker room. Riley finds out Linette wants Katie to enter a local pageant. Evan offers to bring Travis to see Kyle in jail, and Lacey and Dale make an appointment with a fertility specialist.

The Mentalist:
The CBS series will air its season finale on Sunday May 5 at 10:00 PM.

The Mindy Project:
Interview! Soaps.com sat in on a conference call with the FOX series star Mindy Kaling. When asked how much say she has in her wardrobe the actress stated, "I am very involved with the look of the show and I’m lucky because I have a very collaborative designer, Al Perez, who is awesome. He pays such attention to fit and tailoring. I don’t think I’ve had a single item of clothing, whether it’s from a store in the mall or it’s like Gucci that has not been tailored within an inch of my life, he’s so in to making it fit me exactly, which I love."

In regards to how Kaling's taste compares to her characters' she went on to say, "I think she’s a little bit more colorful, preppy and girlie than I am, although I love girlie stuff now and again. Whereas the character might wear much more like layered prints over other prints and be a little bit offbeat, me, personally, Mindy Kaling, I used to live in pretty much like Helmut and Club Monaco and flat stuff, what I wear every day. So my wardrobe is a little bit more subdued. Although me, personally, I wear a lot more like hardware. I love more like rock and roll, I guess, costume jewelry and accessories. And leather, I wear more leather jackets and things than my character does."

The Secret Life Of The American Teenager:
In ABC Family's Monday April 8 8:00 PM episode titled "Shiny And New" Amy's desire to tour a college in New York puts a strain on her relationship with Ricky. Ricky and Clementine's friendship is questioned. Jack protects himself with potentially devastating consequences. Adrian is unhappy to hear that Amy is on Omar's flight. George heads down a new career path, and Ethan's pride gets in the way of accepting help from Cierra.

The Vampire Diaries:
On Thursday April 11 at 8:00 PM the CW will air a repeat of its January 31 episode titled Into The Wild. Read our Vampire Diaries Spoilers for what's ahead when the show returns with new episodes on April 18.

Two And A Half Men:
Marilu Henner ("Taxi") will appear in a guest starring role in the CBS series finale. On May 9 the actress will play Walden's (Ashton Kutcher) girlfriend's grandmother. Things aren't always what they appear... Look for Kutcher's character to fall for the older woman. And guess who's playing his girlfriend? Hilary Duff ("Raising Hope," "Lizzie McGuire")! Tune in Thursdays at 8:30 PM.

Under The Dome:
Here's your first look at the new CBS series, which will premiere in June.

Find out who is shocked by Leann's wedding news on Hollyoaks and who is in a bit of trouble as well.